Toyota PH is going to be busy this year.

Last year, Toyota Motor Philippines (TMP) launched several cars such as the new Wigo, facelifted Vios, Corolla Cross, Hilux, and the Fortuner. In fact, TMP made a last-minute surprise launch before Christmas Eve as it announced the availability of the 2021 Yaris hatchback. Now, it seems that TMP doesn’t want to take its foot off the gas pedal as it is already set to launch a number of models throughout this year. In a report by Visor, TMP will be introducing 10 new models this 2021, starting with the launch of Vios GR-S and the facelifted Innova during the first quarter of the year. As such, we should expect TMP to launch the two models anytime soon. Then, in the second quarter (Q2) of 2021, TMP will be rolling out the GR Yaris. In case you’re wondering, GR stands for Gazoo Racing, which is Toyota’s motorsport division. Based on our previous report, the GR Yaris looks like a hot hatch on the outside but a bit short on power. Under the hood, it is equipped with a 1.5-liter 3-cylinder engine that generates 118 hp and 145 Nm of torque. On the other hand, the GR Yaris also has a 1.6-liter three-cylinder turbo gasoline engine option that can put out 257 hp and 360 Nm of torque. The engine is paired to a six-speed manual transmission and comes with an all-wheel-drive system. As such, TMP has yet to announce which engine option will be offered if and when the GR Yaris debuts in the local market. 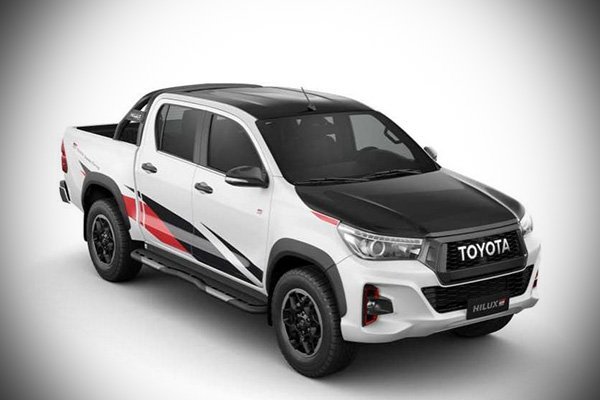 In Q3 2021, TMP is going all out as it plans to introduce the all-new Toyota 86 as well as the next-generation Land Cruiser. These two Toyota models will also be joined by the launch of the GR Hilux and the GR Fortuner. Moreover, we should expect an updated Camry and RAV4 by Q4 2021.

Indeed, TMP is showing no signs of slowing down. From the looks of it, TMP has a busy year ahead yet again.

We reached out to Toyota Motor Philippines (TMP) to check the veracity of this 2021 product timeline. However, TMP refused to comment, as expected.