Oct 15, 2019 | Same topic: Automotive Industry Updates
The Toyota Mirai is a hydrogen-powered car developed by Toyota. It's built on a Lexus platform and its one good looking vehicle.

In recent years, more and more car companies are investing vast sums of resources into developing hybrids and electric-powered vehicles. There is, after all, a lot of concrete evidence supporting climate change coming to light especially here in the Philippines.

For Toyota though, it seems now that they’re considering an alternative fuel source for cars other than plain old plug-in/battery despite the popularity of the Prius especially in Europe and in the United States.

While that may be the case, it's by no means less environmentally friendly than an electric-powered car. That being said, this means of propulsion even has the potential to be better.

Ladies and gents, meet the Toyota Mirai and from the looks of the car, It’s probably one of those rare environmentally friendly cars that we can confidently say that's really fun to drive. This is because the Toyota Mirai was built on the same platform as the Lexus LS sedan and the LC coupe. Two sexy looking and very capable cars on their own right. 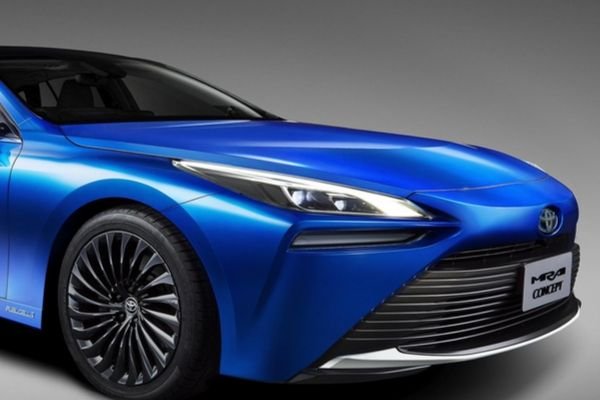 The Toyota Mirai looks very much like a Lexus but more...shark-like? Basking shark maybe?

If you remember your high-school chemistry lecture, you’ll know that water molecules are composed of one oxygen atom and two hydrogen atoms. If you combine compressed hydrogen by feeding it into a fuel cell stack consisting of an anode and cathode. The anode makes the hydrogen release electrons.

These electrons then pass through the cathode creating electricity. The electricity is of course stored in a battery which in turn powers an electric motor. And yes, the only by-product from operating a hydrogen-powered car is water.

While this means of propulsion isn’t new by any stretch, the return of the Mirai is still certainly a major development from the Japanese brand. Other recent hydrogen-powered models to watch out for is the Hyundai Nexo launched in 2018. 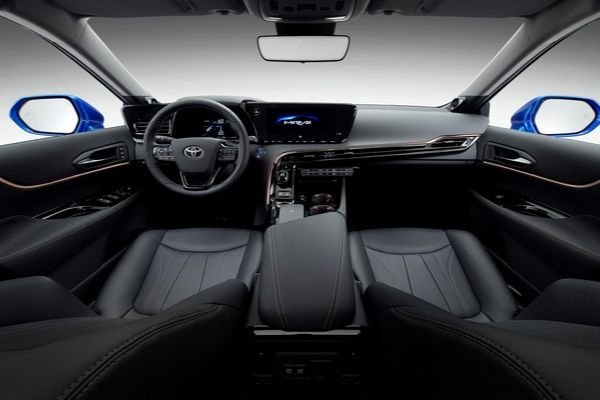 Quintessentially Toyota but made hyper-modern

As of now, details about the Toyota Mirai are still scant. We do know that the old Mirai can reach a range of 300 miles and that both the old and the new versions are four-door sedans. For more details though like what kind of fuel cell its packing or what kind of electric motor will turn its wheels, we’ll have to wait until the Tokyo Motor Show on October 24, 2019. 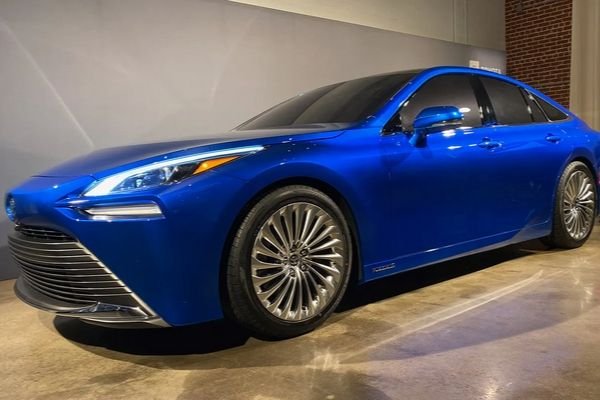 For the latest automotive news, please read here on Philkotse.com.