The Korean car brand Hyundai is expected to beat Kia, Daewoo, and even Toyota to the punch with its all-new hydrogen fuel cell SUV.

Although this eco-friendly car won’t be unveiled until the beginning of 2018, the car manufacturer launched what it called a “near-production model” of its next fuel cell electric vehicle (FCEV) in Seoul, introducing the appearance and some major characteristics of the advanced vehicle. According to Hyundai, the upcoming FCEV has two tier headlight design and the iconic cascading grill.

>>> A new Tucson 2.0L CRDI diesel trim level has been officially introduced in Malaysian market. Click to find out. Different from the Tucson FCEV, which has gasoline-powered engines, the yet-to-be-named SUV will incorporate some bespoke and novel design features.

Under the skin, the Korean car brand states that the system designed on this new model is more effective than its foregoing Tucson model, delivering around 60% more power, and makes starting the car in cold weather easier. Hyundai promises approximately a 800km range on a single charge.

The next-generation fuel cell SUV is expected to deliver a max power output of 163 PS. Moreover, the new technology makes the car manipulate cold starts more excellent. This means that drivers can start the car in freezing cold weather even in the minus-30-degree-air better.

Alongside the new FCEV, Hyundai also eyes unveiling many other eco-friendly vehicles in the near future, including a Genesis electric model in 2021 and an electric variant of the Kona SUV next year. 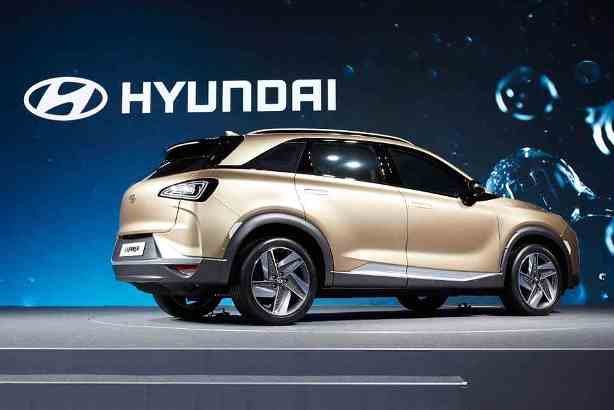 According to Hyundai, the upcoming FCEV has two tier headlight design and the iconic cascading grill

>>> View more: EVAP to push for legislation to support the development of electric and hybrid vehicles