In the beginning years of Mazda, the company actually started as a cork manufacturer in 1920. It was named Toyo Cork Kogyo before it dropped its ‘Cork’ name in 1927. The company first branched out as a vehicle manufacturer in 1931 and introduced Mazda-Go, a three-wheeled trike.

It wasn’t until 1960 when Mazda introduced its first passenger car, the R360 Coupe. Mazda’s first automobile was a two-door, four-seat Kei car and was powered by a V-twin engine capable of producing 16 hp and 22 Nm of torque. 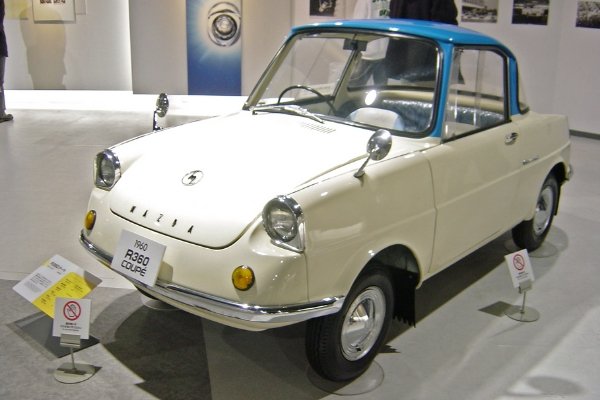 To express Mazda’s appreciation for everyone who supported its 100 year run in the industry, the Japanese company decided to release a 100th Anniversary special edition Mazda cars.

Each commemorative model is adorned in Snowflake White Pearl Mica premium exterior paint and is accented by red styling features throughout the vehicle. The front fender has a minimalist “100 years 1920-2000” badge while the wheel center caps feature the 100th Anniversary Special Logo in red and black. 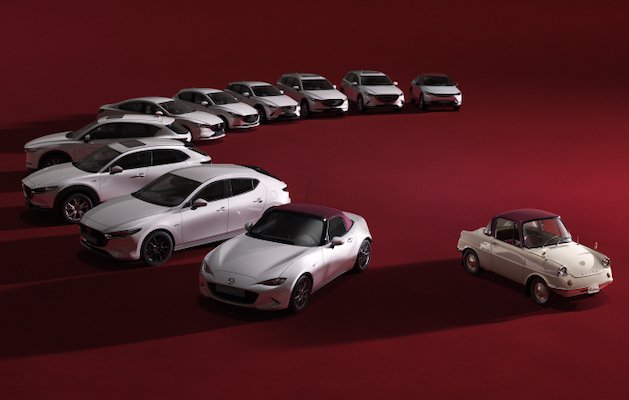 Inside, the red leather seats and red carpet adds a level of sophistication while giving a nod to the two-tone R30 Coupe. The headrests are embossed with the 100th Anniversary Special Logo, while the red floor mats share a badge similar to the front fender.

To bring the exceptional package together, the key fob is embossed with the 100th Anniversary Special Logo and presented in a special edition box to help create an emotional bond between fans and Mazda. In addition, all special edition models will feature a unique logo that is influenced by when Toyo Kogyo was first formed up to the future endeavors of Mazda.