A new Ferrari has galloped out of the gates, and while not necessarily jaw-dropping in terms of speed or power, it’s still no less head-turning than countless others that have officially worn the Prancing Horse. And not to be dramatic, but only a single example will ever exist on the road, anywhere. 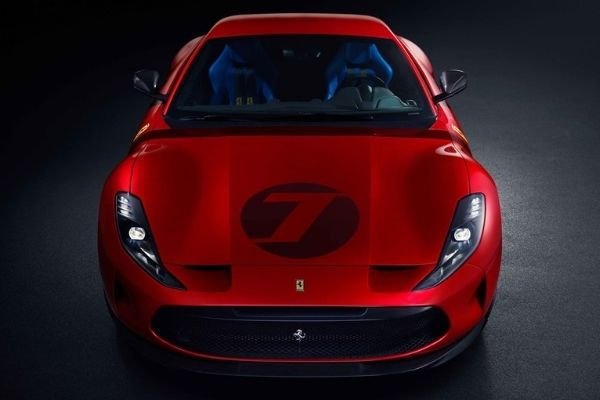 This is the Omologata, a one-off Ferrari following in the footsteps of at least 10 other models that exist only for the enjoyment of a very exclusive circle. How exclusive? Even smaller than the much-vilified 1 percent of the world’s population, probably. Said to be commissioned by a “discerning European client”, the Omologata resulted from a design brief that required futurism tempered with distinctive elements for timelessness, with the goal of leaving a lasting impression.

The Inspiration Behind The Machine

Ferrari designers led by Flavio Manzoni turned to the 812 Superfast as their muse, aiming to exploit the proportions of the mid-front engine layout in coming up with a design that can practically glide through the air. The handcrafted aluminum bodywork needed to have as few surface breaks as possible for aerodynamics, while the balance between a very pure formal language and street presence was made the design goalpost. Even the triple-layer Rosso Magma hue was conceived exclusively for the Omologata, set on top of a carbon-fiber finish with special racing graphics. 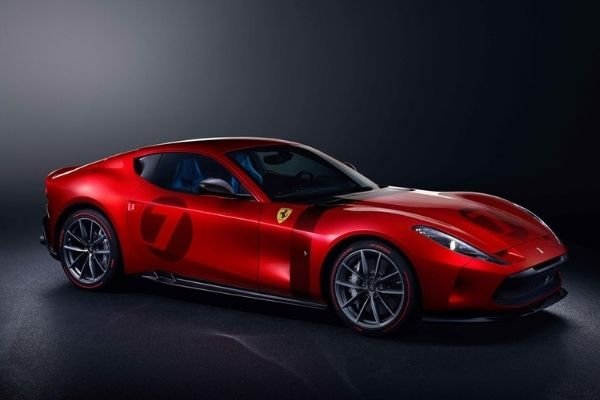 Save for the hood, there are practically no vents along with the Omologata's profile

Only the 812’s windshield and headlamps were retained as existing elements, with the fascia defined by the tapered front end. The wheel arches crest over the hood on both sides, seemingly a natural extension of the oval grille. Beyond the doors, the Omologata’s haunches blend effortlessly into the rear quarter panel, with the rear quarter lights removed to distinguish it from lesser machines. The fastback element sports three horizontal louvres that are not only visually striking, but also lower the car’s rear mass. An integrated rear spoiler adds both downforce and visual aggression. 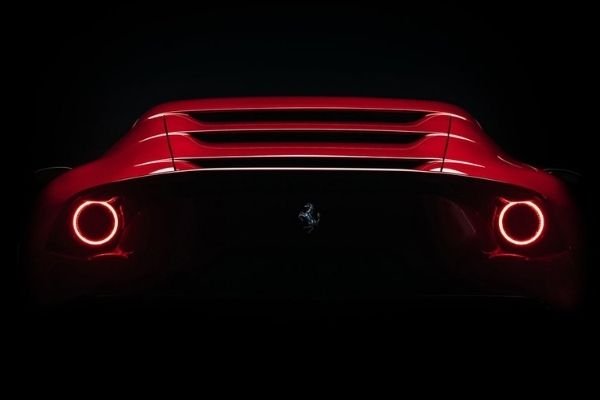 The Omologata’s cabin calls back Ferrari’s motorsport heritage, a full-black cockpit that stands in contrast with the electric blue seats rendered in leather and Jeans Aunde fabric. Of course, the racing theme wouldn’t be complete without 4-point harnesses to restrain both driver and passenger. Crackled paint effects on the steering wheel and dashboard recall the GT racers of the 1950s and 1960s, while the hammered paint effect on the inside door handles and F1 bridge echoes the 250 LM and 250 GTO.

>>> Related: Ferrari gifts the world with the Portofino M

The Heart That Beats Underneath

Powering the Omologata is a 6.5L naturally-aspirated V12, said to be the same one providing the 812 Superfast with 789 horses and 718 Nm of torque. A seven-speed dual-clutch gearbox routes all that output to the rear wheels. It certainly lives up to the name (Omologata translating to "homologated" in English) and Ferrari’s claim that the car is far from being a museum piece. A 6.5L V12 lies under the Omologata's vented hood

The Omologata has already been put through its paces at Ferrari’s Fiorano test track, in a brief yet intense shakedown. No lap times have been released, in the same way that many of the car’s actual technical details (as well as the identity of the lucky customer) are held secret, likely forever.

A Tradition Of One-Offs

This isn’t the first time Ferrari has developed a singular car that left the rest of the world drooling with envy. Its Special Projects program has been in place since 2008, starting off as a custom coachbuilding works where clients get to dress up a Ferrari engine and chassis through their favorite Italian design houses. Soon, the focus shifted to original in-house aesthetics, with the creation of Ferrari’s Design Centre in 2010. Through the years, the Ferrari Portfolio Program has rolled out a succession of bespoke cars for customers with money to burn, all receiving homologation as a requirement for road use.

The first of these was the Special Project 1 (SP1), based on the F430 and commissioned by businessman Junichiro Hisamatsu, former president of the Ferrari Club of Japan. Former Pininfarina designer Leonardo Fioravanti penned the car’s body, his F100 prototype having been admired by Hisamatsu. Another notable one-off was the SP12 EC, the last two letters being the initials of English musician Eric Clapton who had the car made. Ferrari's Centro Stile collaborated with Pininfarina to draw inspiration from the 512 BB for the machine’s bodywork. 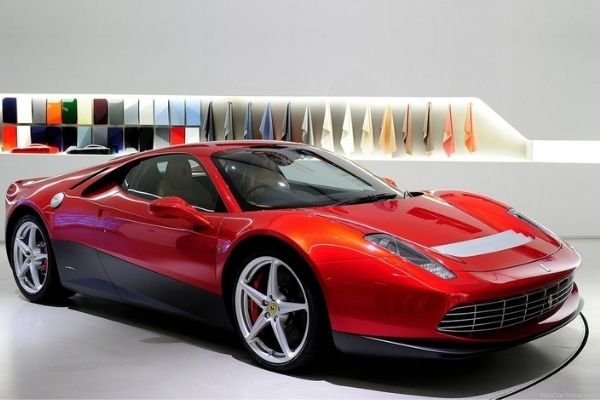 Having your very own custom Ferrari not only costs plenty of cash, but loads of EQ as well. The Omologata took over two years to develop. It isn’t bad, considering that the average wait time for such bespoke cars is five years, from initial order to delivery. The wait is more than justified however, especially if it means you get a car that’s guaranteed not to show up anywhere on recruitment material for multi-level marketing companies.

We train the spotlight on cars, whether ubiquitous or unique, at Philkotse.com.