The prancing horse brand is seeking to expand beyond supercars and have in mind for producing over 10,000 cars per year as part of its proposed 5-year plan. This is the second time we’ve heard the popular Italian sports car maker will about-face on its assurance that it will never produce an SUV, following the information that the company is creating an SUV with hidden rear doors.

>>> 2017 is Ferrari’s 3rd straight year of being recognized in the Red Dot Design Awards. Read our article for more information. Ferrari may eye boosting its yearly sales and bolster profits & well-being with a 4-seat utility vehicle
Given that more stringent fuel economy and emissions standards which would go hand-in-hand with Ferrari’s new plan to producing more of its vehicles in the coming time, the company also consider adding more hybrid models in its current product range.

Sergio Marchionne, who will finish his tour of duty in 2021, has pushed the Italian marque toward more volume of vehicles, already passing its previous 7000-vehicle limit. Beautiful and unique models like the F12tdf and high-end vehicles like the the LaFerrari Aperta have both contributed Ferrari’s rising profits in 2016. 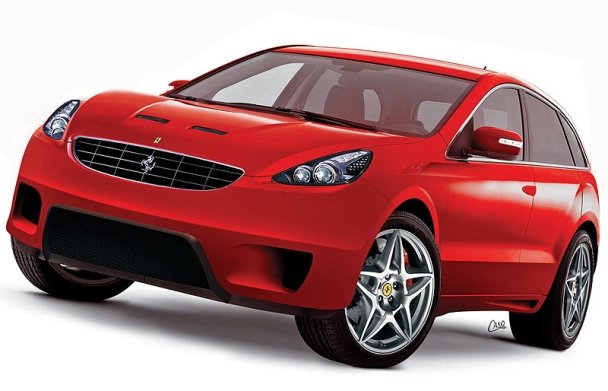 Ferrari is seeking to expand beyond supercars and have in mind for producing over 10,000 cars per year as part of its proposed 5-year plan
As major markets like China present strong and growing demand for SUVs, the concept is becoming more difficult for car makers such as Ferrari to refuse to pay attention to. It’s likely, however, that the Italian brand will not just produce a traditional utility vehicle as many manufacturers like Maserati, Bentley and most recently, Lamborghini have done, but try and build a new industry segment in line with Ferrari’s brand image. In case you’re unaware, Marchionne was popularly known for strong objection to the intention of a Ferrari SUV and models such as the GTC4 Lusso, which is the only 4-seat car built by Ferrari.

>>> As the celebrations continue for its  70th anniversary, Ferrari has unveiled a brand new wing to the Ferrari Museum, as well as two fresh collections. Click to find out.
Ferrari SUV Concept