Bentley Motors is owned by Walter Owen Bentley from Cricklewood, North London. With its headquarters in Crewe, England, the Bentley Motors Limited manufactured and marketed luxury cars and SUVs. With thousands of Bently for sale at the most affordable prices updated daily by certified owners and dealers on Philkotse.com, your next ride may be just a few clicks away. For more vehicle information and pricing updates from Bentley, please visit Philkotse.com. You can find reviews, detailed specs, and the latest Bentley price list in the Philippines from the site.

Bentley was introduced to the Philippine market in 2013. The first Bentley Manila showroom is located at the 2nd floor, PGA building on EDSA.

The introduction of Bentley to the Philippine market was the result of having a double reach across the country in the local market. This allowed the Filipinos to have a taste of this luxurious vehicle.

The Philippines is the 52nd country that markets the Bentley and the PGA Cars its 183rd dealer. The Bentley Philippines is in competition with brands like Lamborghini, Porsche, Ferrari, BMW, and Mercedes-Benz in the local market.

Three of the most popular variants of the Bentley are the Bentley Continental, Bentley Flying Spur, and the Mulsanne. Each has its own unique features to choose from. But when it comes to glamor and luxury, Bentley will definitely come on top of the list.

2. Bentley dealership in the Philippines

Bentley currently has only one official showroom in the Philippines, which is located at the upscale Bonifacio Global City. The showroom opened in 018, featuring a 3-car display area that showcases the latest Bentley car models including the Mulsanne, the Bentayga, and the new Continental GT.

When it comes to power, speed, space and luxury, the Bentley Bentayga is the car that you need. It falls under the ultra-luxury SUV. There are four models that Bentley has to offer and all four, including the Bentayga, showcases their impressive machines and performance. Bentayga has everything that a well-equipped SUV can offer. There is always something extra when it comes to Bentley that customers can’t seem to get enough of. The Bentayga is the first genuine luxury SUV and was the first SUV by Bentley. It was launched in 2015 and got its name from the famous Roque Bentayga, a rock formation on the Gran Canaria, Spain. Its design and engineering offer refinement and performance that is unrivaled. Bentley owners were consulted before the Bentayga was created to ensure that the Bentayga got its Bentley trademark when it comes to features and driving experience. The Bentayga is an all-wheel drive, front engine, mid-size, five-door luxury crossover. Its first model came out in 2016 with body manufactured at the Volkswagen Zawickau-Mosel factory. The paint works is done by Paintbox Editions in Banbury and assembled at the Crewe factory. The Bentayga W12 engine was succeeded by the Bentayga diesel, Mulliner, V8 and the Hybrid which brought the Bentley line into electrification. Lastly, the Bentayga Speed which was dubbed as the fastest SUV in the world. The New Bentayga was launched in 2020 which is the second generation of the line.

When it comes to motoring, Bentley continues to prove its name and with the introduction of the new Continental GT, it proves that Benley never disappoints. The Continental GT uses the latest in aluminum technology on the panels. When it comes to Bentley, you can expect that these cars perform to its full potential without neglecting its signature luxury and elegance. Though muscular in features, it never ceases to express its elegance. The interiors of a Continental GT will make drivers and passengers feel special because of its soft leather and beautiful veneers. The Continental GT bear that ‘old English’ cabin feels. Perfection is what the master craftsman is after and he succeeded on this aspect. The four passengers can enjoy that extra leg room and this is possible because of the scalloped front seats. The Continental GT, when it comes to performance, it can jump from 0-100 kph in just 4.6 seconds. This is possible because of the V8 engine that produces 567 hp and a 516 lb ft torque power, merged with an 8-speed ZF automatic gearbox. With the amount of power that the Continental GT possess, traversing on Philppine grounds will make the country smaller.

The Flying Spur of the Bentley line, express the Bentley tradition that speak of excellence in all aspects and performance. It is considered as the four-door limousine. From the interior, polished veneer is used while towards the exterior you can find subtle designs using aluminum. Despite the latest equipment used on a Flying Spur, the use of wood and leather gives it the Bentley trademark. It has a 6.0 L W12 engine that can get the Flying Spur from 0-1,000 kph in less than 4.3 seconds. A speed of 200mph is possible with its all-wheel grip. It has a sound proof floor and doors making the ambience inside as calm as it can get. You do not only enjoy a fast and powerful limousine, but the Flying Spur can offer luxury and an ultimate driving/riding experience. When it comes to technology, the Flying Spur incorporated the My Bentley Connected Car technology. This allows one to create their own journey. If you want something out of the ordinary, something powerful, something active, something modern then the four-door grand tourer is the car that you need.

Why are Bentley cars so expensive?

The use of costly high-end materials to create a sense of luxury feel to its cars is one of the reasons why Bentleys are expensive. Plus, most assembly at Bentley is done by hand instead of robotics, which is a very costly assembly method.

What is the least expensive new Bentley car model?

What does Bentley’s logo mean?

Bentley’s logo of 2 flying wings represents speed or the brand’s oblique, proud claim that Bentley is the nearest a car can come to having wings. Between these 2 wings is a circle filled with a simple and straightforward capital letter “B” which stands for the name of the car manufacturer.

Bentley Motors has announced that it saw a four percent growth in sales for 2022. It also saw an increase in demand for its cars in the Asia Pacific region.
Bentley Motors revealed a modern-looking whisky bottle prototype with a horizontal design in collaboration with The Macallan.
Bentley previewed the 2023 Mulliner Batur which is a new two-door grand touring coupe that succeeded the Mulliner Bacalar.
The upcoming Bentley Bentayga EWB is positioned as a standalone model from the standard Bentayga, with special seats to boot.
Bentley is making a sizeable investment towards carbon neutrality, and has committed to launch one EV a year starting in 2025. 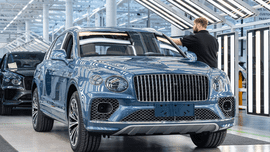 This is the first time for Bentley to record such unit sales. 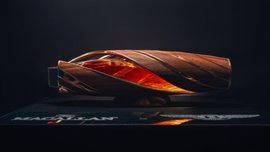 It has been crafted with sustainable materials. 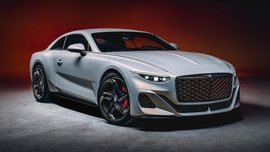 Only 18 series examples will be produced. 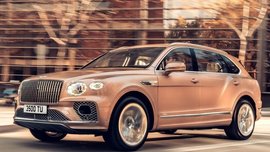 Long trips are not a problem as long as you sit on one of these. 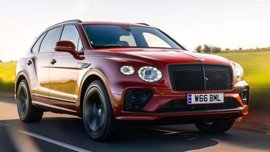 Bentley plans to launch one EV a year starting in 2025

The carmaker wants to prove that indulgence and responsibility go together.