DOTr to approve an extension of Angkas' pilot run

In case you missed it, the pilot run for motorcycle-based TNVS Angkas originally scheduled to end on December 26, 2019. According to various reports, however, the Department of Transportation or DOTr is inclined to extend the pilot run to keep the ride-hailing service operating in the meantime.

The DOTr’s Technical Working Group is said to favor the extension on account of Angkas’ good reputation for rider discipline, road safety, and high quality of service. The decision was reached in a meeting between Angkas and DOTr.

With this development, Angkas is optimistic that motorcycle taxis will eventually be legalized in the country, sooner rather than later. Angkas: the choice for harried employees who refuse to be late for work

Four senators have already filed the bill calling for the legitimacy of motorcycle taxis: Sens. Ralph Recto, Grace Poe, Sonny Angara, and Imee Marcos.Until the measure is passed into law, however, the extension of the Angkas pilot run will have to suffice.

As a result of the service's stellar reputation so far, Angkas owners Royeca and Angeline Tham have garnered numerous awards from several groups. The husband and wife team even won Asia Tatler’s coveted “Generation T 2019”, ranking Tham among Asia's 400 best and brightest leaders. 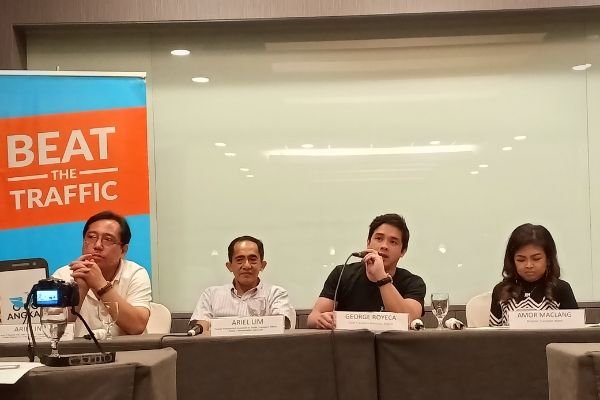 Angkas, represented here by George Royeca, has been working with the government to tackle our nation's transport woes

While the Angkas mobile app is currently running on more than two million mobile devices, there is still room for improvement, according to feedback from past and present customers. With the second Angkas trial run, we hope that those concerns will be addressed.