It bested the (read: combined) sales of the Ford Ranger, Toyota Hilux, and Mitsubishi Strada in that country.

Thailand is one of the world’s biggest markets for pickup trucks, thanks to lower excise taxes imposed by the government compared to passenger cars, depending on body style and emissions.

The country has become a strong regional hub for automakers to manufacture their respective models both for domestic sales and export. As can be expected, competition in this segment is fierce. And so far, Isuzu is dominating the pack in Thailand. Its 2020 2020 Isuzu D-Max pickup has been on a roll, with 14,868 units delivered in June this year. By comparison, its closest rival, the Toyota Hilux Revo, managed less than half of that at 6,113 units sold. Mitsubishi comes in third at 2,009 Triton (Strada) units rolling off the showrooms, while Ford handed over 1,414 keys to its Ranger model to come in at a fourth place.

Other contenders include the Nissan Navara, Chevrolet Colorado, MG Extender, Mazda BT-50 Pro, and the Tata Xenon. But even with all of their sales tallies combined, Isuzu still comes out on top with 3,152 units to spare. This is the biggest margin Isuzu has had over its closest rival, Toyota since the year started. Toyota scored a brief victory in April after managing to move 321 units more.

>>> Related: See full car lineup of Isuzu in the Philippines 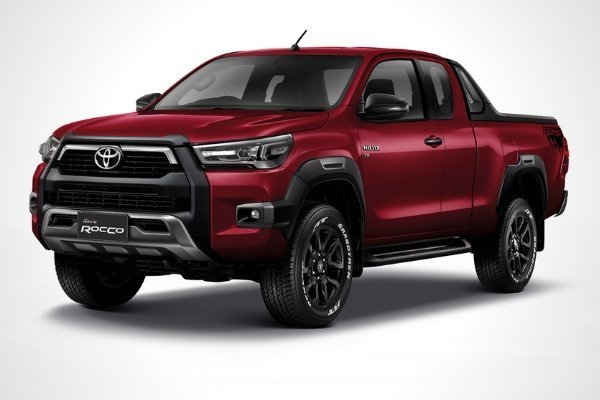 Expect Toyota to fight back with its refreshed Hilux model

For July 2020 alone, Isuzu has already trumped Toyota with a 55.9 percent share of the pickup segment, compared to the latter’s 23 percent. The last time the Isuzu lorded it over the Thai market was in 2005, when it sold more than 150,000 D-Max units, shattering the previous 100,500-unit sales record posted by the Isuzu Faster ten years prior.

Isuzu’s lead so far is propelled by the D-Max being an all-new model. But expect its rivals to not take things sitting down, as the recently-launched Hilux Revo Rocco is now out in the Thai market. Nissan will be joining the fray with its updated Navara rig, while the D-Max-based Mazda BT-50 is also poised to take a slice of the pie.

Japanese diesel powerhouse Isuzu Philippines offers the D-Max as its entry in the midsize pickup truck segment. This tough workhorse from the Japanese carmaker is designed to take on any road. Isuzu D-Max got the reliability of its predecessors and the Fuego. However, the current pickup truck is equipped with more modern features that perfectly fit the Filipino lifestyle. Additionally, Isuzu D-max also has a remarkable rear bed size that can carry a multitude of heavy and large items. The Isuzu pickup truck can also be optioned with a set of accessories such as camper shells, bed covers, and many more. Isuzu D-Max also comes in a commercial vehicle layout. It can also be configured as the cab and chassis variant. This configuration can be had with an enclosed van type rear end, passenger layout, bed, or other job-specific configuration. Isuzu Philippines offers the third-generation D-Max with a couple of engine and transmission options. The first option is a 1.9L turbo diesel that produces 148 horsepower and 350 Nm of torque. For car buyers who are looking for more power, they can opt for the bigger mill, which is the 3.0L engine that pumps out 187 horsepower and 450 Nm of torque. These two engines are equipped with the brand’s BluePower technology for Euro 4 compliance and better fuel efficiency. Both engines can be paired with either six-speed automatic or six-speed manual transmission.