They are not rumors anymore; it has come true that the Subaru WRX STI 2019 now gains more power with the turbocharged 2.5L boxer transmission doling out 310 HP. This means the new model is added with 5 HP more than the existing model and equal to the WRX STI Type RA special edition which only 500 models were made of.

The small boost in HP benefits from a high-flow performance exhaust and new air intake. Changes also come from the more powerful pistons and the more tweaked ECU. Plus, the 6-speed manual transmission will attain quicker acceleration thanks to an updated 3rd gear ratio. Without any further options, it takes the customer $36,595 (equivalent to around P1.9M). 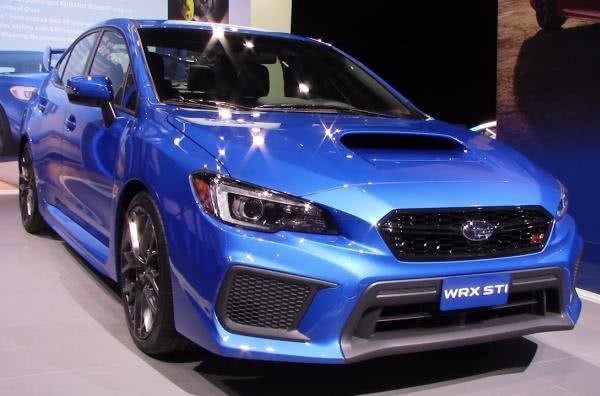 The base WRX offers a price of $27,195 (approximately P1.4M). It comes equipped with the familiar 2L engine producing 268 HP. Also coming in the model are Apple Carplay and Android Auto which integrate into a 6.5-inch-touchscreen infotainment system. You can already find the Subaru WRX STI 2019 for sale here on Philkotse.

The 2019MY will introduce the new Series.Gray special edition in the WRX as well as WRX STI. Subaru will only let out 750 WRXs while 250 units of Subaru WRX STI 2019 will go into production. Speaking of the WRX Series.Gray with the 6-speed manual, it can be had at $32,595 (nearly P1.7M). The model features Crystal Black Silica badging, folding electric mirrors, 18-inch wheels, and a Cool Gray Khaki coat. Plus, it takes the foundation of the WRX Premium trim.

The WRX models will take lots of patience from their fans as they won’t be available till the close of the decade (at least). In the meantime, Subaru has had a plan for the STI’s engine which is supposed to be smaller than the existing 2.5L. The combustion engine will generate the front wheels as the electric motor brings power to the rear axle as well, reducing emissions and boosting fuel economy.