User's: 5.0/5
Read on Philkotse's own set of speculations and theories on the Toyota Land Cruiser 2020 Philippines before its debut on Tokyo Motor Show 2020.

The Land Cruiser Philippines, one of Toyota’s most recognizable models the world over. It is renowned for being tough, capable, and with the more recent generations, actually quite comfortable. Due to this, the Land Cruiser holds its value well over the years as is evident from its listings of Toyota Land Cruiser for sale on Philkotse.com.

So yeah, it’s quite plain to see that this Toyota made SUV is here to stay for a couple of more years. That is until after 2022 because Toyota has neither confirmed nor denied that they’re going to cancel the Land Cruiser after that year. That, however, is a story for another time. The Toyota Land Cruiser 79 series is still sold in other countries. A testament to the Land Cruiser's reliability!

So in that vein, how’s the “last hoorah” of this very legendary model going to look like? For that, we must talk about it from several angles. First is that an all-new Toyota Land Cruiser 2020 is going to pop up sometime in the middle of 2020 in connection to the new concept vehicle to be shown in this year’s Tokyo Motor Show.

The other angle of approach with regards to this topic to consider the 2020 Toyota Land Cruiser Heritage Edition already available in the U.S. While it’s slim that that version of the Land Cruiser will ever come here to the Philippines, stranger things in the automotive world has happened so yeah, it only serves to help to talk about it.

So without further delay, here's our take on the Toyota Land Cruiser 2020 Philippines from Philkotse.com; what it’s going to look like? What it might be capable of? And lastly, where will it come from? The US or from the new one the Japanese are going to make?

Unlike its Toyota FJ Cruiser 2020 and Land Cruiser Prado brothers, pictures for the 2020 Toyota Land Cruiser concept, if you go by on what you can find on the interwebs, are scant. Very scant.

While yes, there are some 3D renderings that are fueled more by several auto journalist’s wild yet optimistic imaginations, concrete and confirmed details on the 2020 Toyota Land Cruiser concept appears to be a tightly kept secret by Toyota.

The only details we can find for the future Land Cruiser model is that the production of the new Land Cruiser might be delayed for a bit. This is due to a last-minute change on the upcoming Land Cruiser’s design which is said by a lot of sources, to look very similar to the existing J200 Land Cruiser 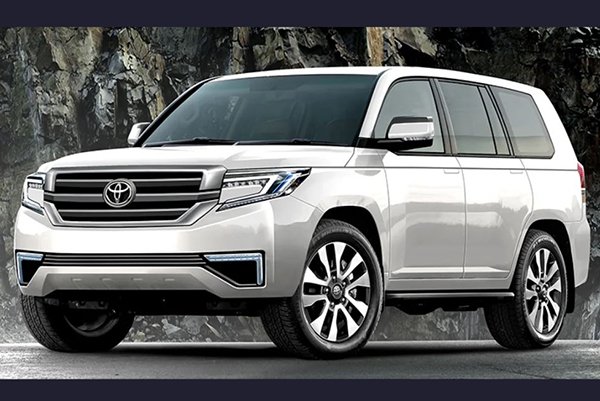 Here's one of those 3D renderings we're talking about. So, whaddya think?

A recent development, this coming from Japanese websites, states that the all-new Toyota Land Cruiser 2020 will make its first appearance sometime in the middle of next year. Toyota will also be showing off a Land Cruiser concept model at the 2019 Tokyo Motor Show.

This newer development, of course, contradicts the rumors that the development for the SUV model was delayed and its actuality, it might be on schedule after all. Here's another speculative future design for the 2020 Toyota Land Cruiser. Gaudy isn't it?

Another possibility is that the new 2020 Toyota Land Cruiser Heritage Edition from the US market will be introduced here to the Philippines and other Asian markets. We won’t count on this heavily though as this special edition of the Land Cruiser will definitely a very limited production run. 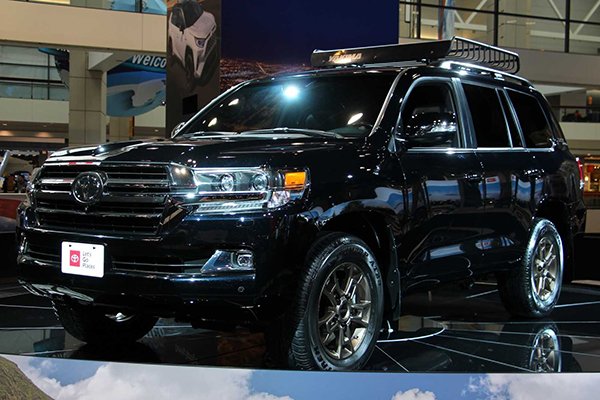 While waiting for the official debut of the all-new Land Cruiser, refer to our previous Toyota Land Cruiser 2019 Philippines Review for further reference.

If we consider Toyota’s current design language, the new 2020 Toyota Land Cruiser that will become the end product of the concept model will come with a larger grille which is probably going to be surrounded by angular, sharp lines. If you’re familiar with the latest Toyota Alphard, you might have an inkling as to what we’re babbling about.

On the other hand, the 2020 Toyota Land Cruiser Heritage Edition just looks like the current 200 series Land Cruiser that we have right now. Except maybe for some additional bells and whistles here and there like a beefy roof carrier up top, 18-inch bronze BBS wheels, retro-looking Land Cruiser badges all around, and a set of darkened headlights as well as fog lights. 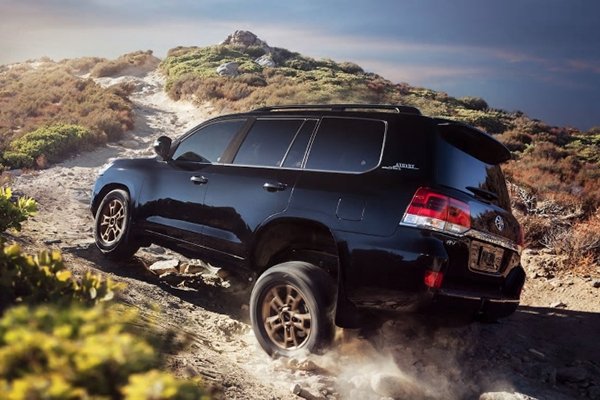 BBS wheels on a Toyota Land Cruiser. Who would've thought of that!

>>> Widen your search in our Toyota for sale section for more affordable Toyota deals in the Philippines.