How to install a car battery safely

Here are the steps and some safety tips on how to install a car battery.

One of the most important part of a car’s electrical system is the car battery. Without the initial spark supplied by the batteries, a parked car cannot start the internal combustion process. Once the car has started, the alternator charges the battery and supplies the car’s electronic components with power.

Sometimes though, the battery can get busted or run out of charge. If it’s the latter, then you might have to check the car’s alternator and recharge the battery. If it’s the former, then you’ll have to purchase a new car battery altogether. A car battery needs a replacement after several years of use

As a heavy, energy dense object however, the battery can be tricky to install. Mistakes can range from minor blunders to health risks. So this is how to install a car battery guide for you.

How to install a car battery: Follow these steps

Before installing the new battery, be aware of these safety guidelines first:

You’ll also need tools. First is the correct size wrench for the side terminal connections. You might also need steel brushes to clean the battery cable clamps, the battery terminals, and even the battery tray itself. 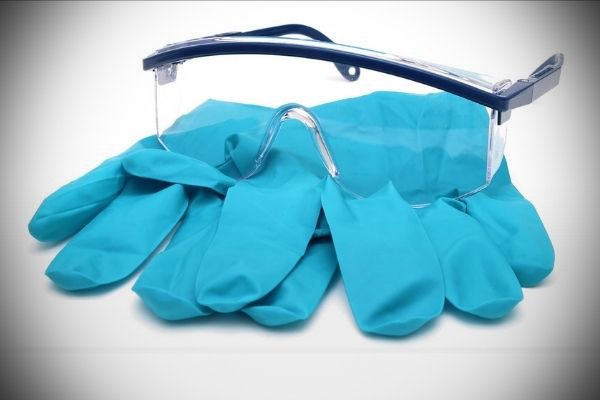 The fluids inside the car battery are acidic, so you'll need these for protection

Next, consult your car manual for the location of the car batteries. Typically, a front-engine car has its battery positioned in the engine bay. Other cars however will have their battery trays hidden underneath the chassis, inside the trunk, or some other hard to reach part of the vehicle.

How to Replace a Car Battery (the Right Way)

To remove the old battery, note the locations of its positive terminal and negative terminal. Many cars and car battery manufacturers will have provided symbols to identify its polarities. If those aren’t clear enough, then use a marker to mark the positive cable. This will ensure that you won’t install the new battery the wrong way around.

Next, you can now remove the cable clamps. Start with the negative cable first and the positive cable second. While working on the negative clamp with a wrench, do not let it touch any other metal parts of the car. If you do, that might cause sparks.

Note that batteries are heavy and can be a handful. If you feel that you can’t lift it alone, don’t try and force it. Also, remember that the battery should be kept upright at all times in order to avoid spilling its acidic contents.

After removing the old car battery, you can now assess it for damage and corrosion. At this point, you can decide for yourself what you want to do with the old battery. Drop it off for recycling? Or can it still be repaired?

>>> Related: Disconnecting a car battery: The Whys and Hows 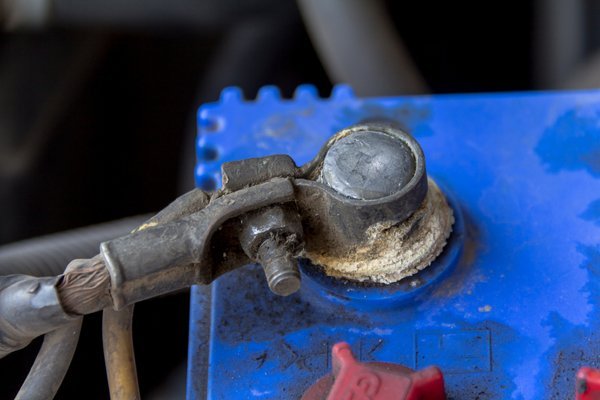 If the terminals look like this, then we advise cleaning the clamps first

>>> Related: [Philkotse guide] How often should I replace my car battery?

Finally, it’s time to install the new car battery. Before doing that though, please clean the battery tray first. Most often than not, this part of the car is filthy and might be coated in rust. In older cars, there’s even a good chance that this part has corroded. So do give it a few scrapes with a steel brush first.

Apart from cleaning the battery tray, give it a few tugs. Corrosion after a long while can affect structural rigidity, so the tray might not be strong to hold the newer, heavier battery. If the tray moves or bends, then you might want to have that fixed first.

Next, place the new battery on the tray. Make sure the terminals line up with the correct cables.

Secure the hold-down start or bar. Do not tighten too much because this might damage the body of the battery.

Attach the cables. When replacing the cable, you start with the positive cable first. Once that’s done, attach the negative cable next. Be careful not to overtighten the terminal bolts. Double check if you got the polarity of the batteries right. If the terminals were “reversed,” it could cause a lot of damage to your car’s electrical system.

If the battery terminal is wobbly and/or corroded, please take the time to clean it and re-fasten it to its cable. If it’s too corroded then you would do well to replace it.

If it’s a particularly old car with old wirings. We suggest observing the engine bay in a low light area while starting it. This way, you can spot “arcs” or sparks which you can then fix with electrical tape or an outright cable replacement.

Do not lift a car battery by its terminals. Those aren’t designed to hold weight and might come loose.

If available, it’s ideal to use a gauged torque wrench when tightening the terminal bolts. If it’s a tapered terminal, apply 50 to 70 inch-lb. If it’s a threaded stud terminal, it can take more from 120 to 180 inch-lb 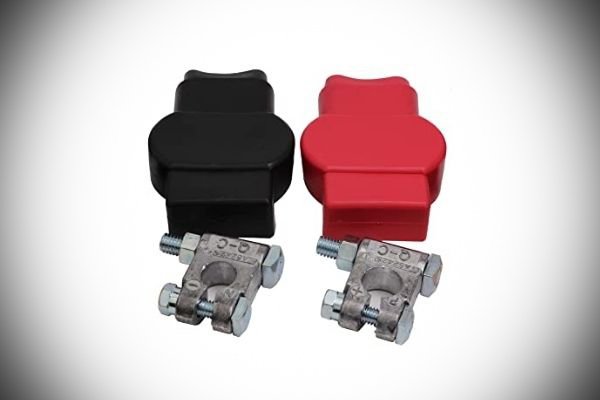 If the clamps themselves are corroded, then you might want to replace them with new ones

FAQs about how to install a car battery

1. Question: Why do I need gloves and goggles when handling a car battery?

2. Question: Why are car batteries so heavy?

Answer: This because most car batteries contain lead.

3. Question: I replaced the old battery with a new one but my car still won’t start?

Answer: Calm down, and check if the battery has a charge. Most new batteries do come with a charge, but not all. Also, do check if you installed it properly. Check the terminals if they’re loose or if the polarity was reversed.

4. Question: Can I just throw the battery in the trash can?

Answer: No. This is because car batteries are very toxic. As such, we recommend giving an old car battery to a car battery shop because most likely, they’ll know what to do with it.

5. Question: The new battery started the car, but after a while the car turns off.

Answer: Your car’s new battery ran out of juice, and the alternator might be in need of repairs since it wasn’t charging the battery.