Do you think you know all different types of car battery?

Jan 25, 2020 | Same topic: Best Advice for Car Buyers
Everything you need to know about AGM and Ge-type batteries; the different types of batteries and the differences between Gel-Type and AGM Batteries.

When it comes to car batteries in general, there are actually three types that you need to know about: the AGM, gel-type, and so-called flooded batteries. Philkotse.com lists a few interesting facts about these three types of batteries.

AGMs are “absorbed glass matte” batteries. These are considered the greatest innovation when it comes to lead-acid batteries. AGM batteries utilize a separator that comes with fiberglass. This is placed in between the wrappers and plates. The capillary action from this successfully keeps the electrolyte in place.

This type of battery successfully combines fiberglass, lead plates, separation fibers, and electrolytes in a small package. These batteries are able to create the “special bond” using the capillary action.

The effect is similar to how water can creep into a towel that’s only submerged partially. The capillary action keeps the liquid inside. This makes AGM batteries practically spill-proof. Owing to the AGM battery’s tight packaging design, it is impact resistant, and also has the least internal resistance. The lower internal resistance a battery has, the higher its output voltage. This means it requires less charging time. It also boasts reduced losses when it comes to heat.

AGM batteries are also maintenance-free. Premium-level AGM batteries reuse the gases released internally and returns them back into the liquid. This is the recombination that’s responsible for the AGM’s maintenance-free feature. Guaranteed, there’s no mess while the battery is being charged, no leaks, and no corrosion anywhere. Simply plug in the batteries and leave them alone. >>> Check out: [Philkotse tips] Installing an auxiliary battery: How safe is it?

2. Can you define flooded batteries?

Flooded batteries are also known as “wet cell” batteries. These types of batteries are the most common ones in the market these days. These batteries vary a lot in terms of size and shapes. This is because of their various applications in different industries.

Just like the AGM batteries we discussed earlier, flooded batteries also use lead plates. Aside from that, they also have plate separators as well as a sulfuric acid electrolyte. Flooded batteries aren’t usually sealed.

They also aren’t capable of recombining the gases into liquids internally. The gases are vented into the surrounding environment instead. It also uses the same vents to let acid, steam, and condensation flow. These batteries require maintenance procedures every now and then. 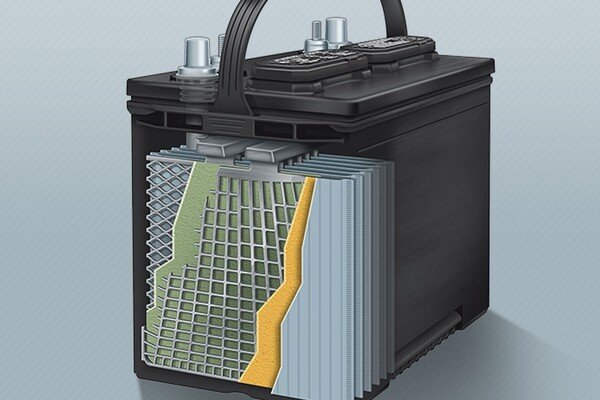 Flooded batteries need water to replenish their electrolytes. If you fail to keep your batteries checked, they may corrode and fail. These batteries are very dependable when It comes to charging capacity.

>>> Tips for you: 5 simple tips to care for your car battery

3. Have you heard about gel-cell batteries?

Gel-cell batteries resemble AGM batteries because it is also sealed. However, the two batteries are entirely different. Gel-type batteries utilize silica or “sand.” This is capable of turning the sulfuric acid in the battery into a jelly-like material. This is the same jelly that’s used as the battery’s electrolyte.

One must take precautions when handling gel batteries. They should not be exposed to situations where there is high-amperage. If you happen to expose the jelly to this type of scenario, you will end up “scarring” the actual jelly inside. The end result will be pockets and spaces that you won’t want in your jelly. 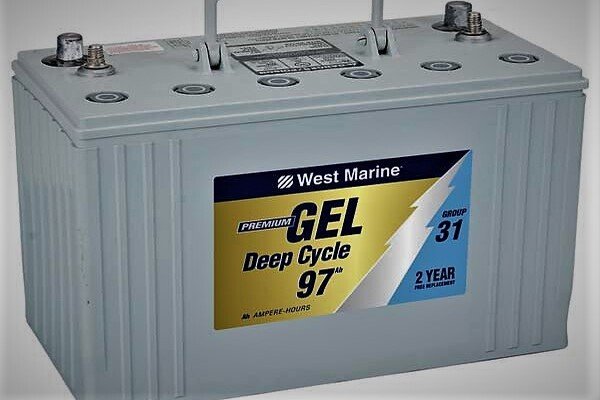 Gel cell batteries resemble AGM batteries because they are both sealed

These seemingly harmless pockets can actually allow the plates to corrode -- and eventually, cause premature failure. Vital info that one needs to keep in mind about gel-type batteries is that these shouldn’t be used for fast discharging or charging. Compared to flooded batteries, the internal construction of gel batteries is a bit stronger.

>>> Read more: A driver's guide in choosing the right battery brand in the Philippines

4. The differences between gel and AGM batteries

AGM batteries have a unique mat designed to keep the electrolytes inside the battery but in between the plates. These batteries are also recognized as VRLA or SLA batteries. VRLA stands for valve-regulated lead-acid. SLA, on the other hand, stands for sealed lead acid.

Both batteries are also deemed safe. The glass mat absorbing the acid in AGM batteries prevents acid from spilling out of the battery. Gel-type batteries, on the other hand, have a more solid material inside. The gel solution inside these batteries practically makes it impossible to spill the acid. When it comes to life expectancy, we aren’t looking at the years of service. A battery’s life expectancy can be measured by how many times you discharge and recharge it. This is also recognized as your battery’s cycle life.

AGM batteries shouldn’t be discharged past 50 percent. But it’s fine if you only do it occasionally. If regularly done, it may decrease the service life of your battery.

>>> Have you known 7 factors that affect your car's battery life expectancy? When it comes to life expectancy, we aren’t looking at the years of service

Gel batteries can be discharged by up to 90 percent. If you often discharge your gel battery at 30 percent, this will give you 2,600 cycles. In the same scenario, AGM batteries will only give you 1,200 cycles.