[Philkotse guide] Which is better: Sleeper or exterior modifications?

In the world of car modifications, there are many ways to suit a car to one's individuals. Some may want to make their cars show-worthy by giving its exterior a fancy paint job or an even fancier wrap, intricate-looking wheels, and a body kit.

At the other end of the spectrum, some prefer mods designed to make a stock engine produce more power as possible or make the handling of a stock car as better as possible.

And there’s even a third camp: the ones with either very deep pockets or generous sponsors who can afford both exterior and "sleeper" performance modifications. But which would be better for the car in the long term? Philkotse.com lists down several popular examples of both exterior and sleeper mods.

"Sleeper cars" are those that feature extensive mechanical modifications concealed under the hood while keeping a largely stock appearance outside. What looks like a regular production car to the casual observer, can actually conceal an upgraded engine enabling it to do burnouts on a drag strip or perform jackrabbit starts as soon as the traffic light turns green. Performance engines such as the Honda K20, the Nissan SR20DET, the Toyota 2JZGTE and even a GM LS 1 V8 are not that easy to find. But transplant one into the engine bay of a subcompact hatch, for example, and it will be enough to smoke a lot of wannabe racers on the streets. Be reminded though, that such swaps can be both costly and labor-intensive. Compared to turbochargers that are prone to turbo lag, superchargers do not have this handicap, enabling them to provide higher torque. This is because superchargers are powered by the engine's drive belt, resulting in smoother power delivery.

Superchargers are also more reliable because of their lower maximum compression levels. One caveat is that superchargers in the Philippines can be prohibitively expensive. For example, the Jackson Racing Supercharger for the Honda B-Series will cost you between PhP 130,000 to PhP 150,000. This is apart from the cost of buying and installing a larger intercooler, which you will need to upgrade to.

Most car manufacturers nowadays want to keep their models performing under optimal conditions, and as such often come with a balance of performance and efficiency. For speed freaks, however, reprogramming the car's ECU can be an easy way to squeeze out more power.

>>> Make sure you know: Can ECU remap damage your car's engine? No, we don't mean the hallucinogenic kind. An LSD or limited-slip differential enables both output shafts to turn at variable speeds, albeit with a limited maximum difference; once the threshold has been reached, both will start to rotate at the same speed, to ensure that the available traction isn't limited to just the wheel capable of handling the minimum amount of power . When installed properly on a car, an LSD doesn't hinder its normal driving performance. The improved traction, however, is evident when certain maneuvers are performed, such as drifting. 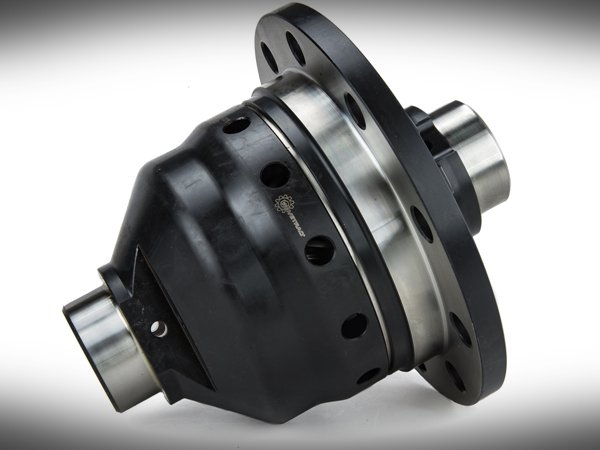 An LSD enables two of its output shafts to turn at different speeds, but only to a point

In contrast to the “sleeper mods” we’ve talked about, exterior mods as the name implies are installed outside the car; the primary change they bring is to the cars aesthetics. They also tend to be easier to install and are cheaper. As such, a lot of ill-informed beginners will want to prefer these mods.

Bigger exhausts can go either one of two ways: it can either allow the car to make more horsepower or it can ruin your exhaust system’s flow velocity, an important thing which is needed for the efficient flow of exhaust gases.

>>> You might concern: Modifying your car's exhaust systems: Which type to choose?

While rear wings can be useful for actual high-performance cars, they can also ruin your car's aesthetic, as in the case of fabricated wings that don't follow the car's specifications. Overly flashy wings also tell people that your car is all show and no go, especially if the car doesn't have the performance necessary to actually benefit from the accessory. That's one way of ruining a Mazda Miata. Looks shoddy, too

People altering their car's stance don't usually care about making power as much as making the car look good (and even that is subjective). If you’re building a sleeper, then the stance will supposedly ruin the understated exterior.

While a bit of negative camber on the front wheels is useful for added directional stability while drifting, too much negative camber will also deprive your car of its handling. 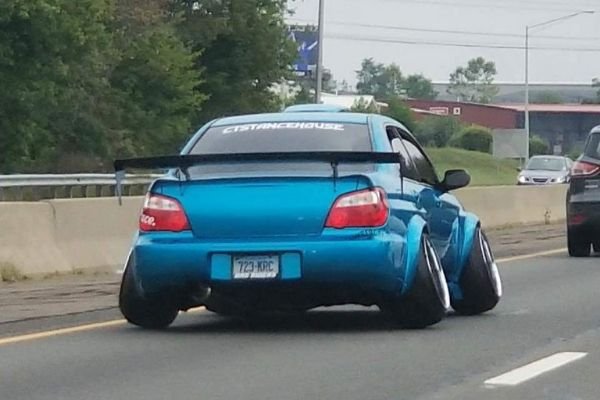 Looks like a dog about to take a piss

As in the case of negative camber and large exhausts, body kits can have one of two possible results. Ground effects or aerodynamic modifications can make your car look good and perform better, but poorly-engineered aero kits with ridiculous designs only add weight and create more drag, which defeats the purpose of installing them in the first place. Also, cheap body kits will compromise your car's looks. So...what look was the owner going for, again?

>>> Check out: 5 things you need to understand when choosing right car body kits.

Car stickers are one of the easiest ways for tuners and enthusiasts to advertise or promote the brands they've used in modifying their cars. The caveat there is that since they're easy enough to buy or fabricate, even posers will slap on stickers just for that “cool" factor, without them turning even so much as a lugnut. On actual race cars, stickers are a part of the livery, proclaiming the sponsors that have made the driver's participation possible. 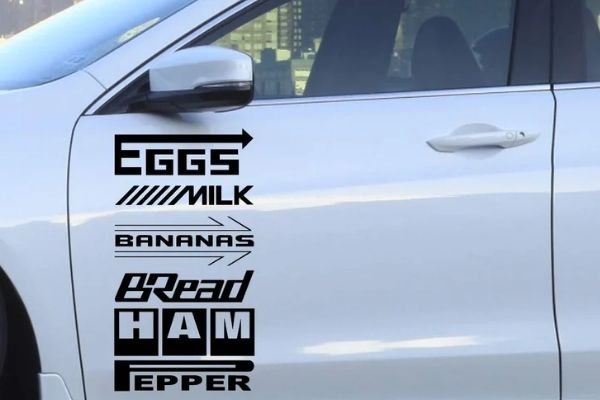 A satirical take on the sticker trend

Sleeper mods are all about functionalty, improving the car's performance or handling; exterior mods are not as clear-cut. Take body kits, for example. Sure, they look cool, but aero mods such as spoilers and diffusers are only useful in providing downforce at certain speeds, particularly those that go beyond the legal speed limits here in the Philippines. It's all well and good if the car has adequate power, but on a heavy econobox? The add-ons are only going to earn you bemused looks from onlookers for marring the car's aesthetic. If the goal was to intimidate other car owners, then it's doing a pretty good job.

On the flipside, using sleeper mods on your car requires caution, as they often entail using other aftermarket parts to work properly. Slapping on a supercharger on your engine isn't going to work without upgrading your exhaust and cooling systems.

If you want start modding your car for performance AND looks, here’s what you’d want to install before anything else:

Also, check out our list of aftermarket car accessories and parts priced below Php 50,000.

At the end of the day though, how you want to modify your car is up to you, as long as you've thought things through and decided that the potential trade-offs are worth it in the long run.