Modified Honda Jazz: Tips and tricks to turn it into a blistering hot hatch

A couple of years ago, there was a time where surplus first-generation Honda Fits were plentiful, cheap, and popular. This of course resulted in a lot of people modifying the Honda Fits due to the fact that it was actually compatible with almost all Honda City GD aftermarket parts.

That however is a thing of the past. Since 2014, Honda Philippines introduced the third-generation Jazz in the Philippine market. As a result of being acquainted with the Honda Fit, the third-gen Jazz served only to satiate the taste of Filipinos for a hatchback. Couple that to the fact that Honda PH is no longer selling the hatch version of the Civic.

So how do you go about getting Honda Jazz modified? Well, here are some tips to turn the humble Honda hatch into a hotter and a better handling vehicle. 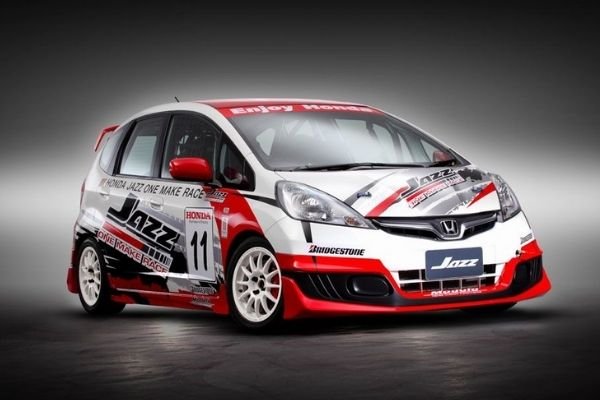 Here are some ideas to make your Jazz/Fit handle better and make more power.

The first mods you should consider when getting your Honda Jazz modified should be its handling and/or suspension. This includes getting a good set of coilovers and dropping down the car by around 20mm to 30mm. As such, it lowers the vehicle’s center of gravity and it would be able to tackle corners better.

Of note, there are many ways that might go wrong when you lowered your Honda Jazz. So, it’s best to consult others who are knowledgeable about this to prevent any problems along the way.

On the other hand, you should consider giving your front tires a little negative camber for better grip. You can also combine the aforementioned with one to two degrees of toe-in, which will do wonders for stability. You can also opt for more toe out to get better cornering. For the Fit/Jazz GD from 2004 to 2007, we recommend H&R Sport Springs if you just want to lower your car. Meanwhile, if you want more adjustability, you’d do great with Emotion Coilovers, ISC Coilvers, or DGR high-performance coilovers. For 2008 to 2014 Jazz, there’s the BC Racing Type BR coilover set, Tanabe Pro S-0C GE8, and also ISC Coilovers.

Apart from coilovers, we also urge you to upgrade your Jazz’s brakes. There are many available brake kits for this model, but Bendix generally has great brake pads which aren’t that expensive. However, if you want more stopping power, there’s the Wilwood Dynapro six pistons as well as the four-piston D1 Spec Big Brake kit for the Jazz GK.

Swapping out your stock L-series engine with something more powerful is better than just slapping on a turbo. Of note, an engine swap is a project that takes time and involves a lot of money. Also, you need to file the necessary legal documents with the Land Transportation Office (LTO) about illegal modifications in the Philippines. 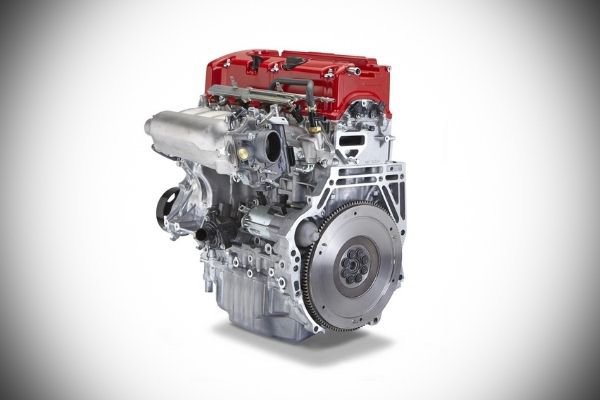 The holy grail of Honda engine swaps: the K20

As to what engines are suitable for the Jazz/Fit models, there’s the D16 or D17 which were used on Integras and Civics. You can also look for the Honda B-series engines. These are the most common engines that have been swapped on a Honda Jazz and each in turn also has a lot of aftermarket performance parts available.

If you have the cash to spare though, K-swapping your Jazz/Fit is also an option. While rare, it’s been done several times now, and the results speak for itself. Note however that the hard part of a K-swap is finding a K-series engine in good condition.

If you’ve considered swapping a larger Honda engine into your modified Honda Jazz/Fit project, then it’s likely that you’ll be using the stock radiator, headers, and possibly even the exhaust the donor engine came with. However, to make the most out of your swap, it’s advisable to get sport headers, a larger radiator, and a better exhaust.

A larger radiator will provide more optimum cooling while better headers will improve exhaust and intake gas flow. Lastly, a good exhaust will provide a quicker way for the engine to expel exhaust gasses.

For radiators, you’ll want a better, larger one that can disperse more heat especially if you opted to swap out your engine. For this, there’s the locally available SpeedLab 2 Row Aluminum radiator. But if you want more, there’s Mishimoto’s Performance Aluminum Radiator, and the many aluminum radiators from Skunk2. Induction kits are also a good choice when having your Honda Jazz modified but do note that contrary to what many are saying, these won’t actually help that much in increasing power. Induction kits are basically air filters that are positioned out in the open, which usually comes in the shape of a cone or a dome. It works by providing better airflow since it doesn’t use the stock filter box.

If you’ve done an engine swap or merely upgraded the headers, then surely it’ll now be making a bit more horsepower. This of course will mean that your stock clutch will be slipping around. For these, there’s the Exedy Clutch kit for the 2004-2007 models. For the 2008-2014 models, there’s the Blusteele Clutch Kit. Both of these kits contain a clutch pressure plate, a friction plate, and many other necessary parts.

While these recommendations are geared towards making your Fit/Jazz faster, do remember to gauge yourself first before doing any of these. These modifications are not easy and are definitely not cheap. All of these will require time, money, and a lot of mechanical know-how. If you want exterior appearance mods, keep it sleek, and keep it simple

If it’s a 2014-2020 Honda Jazz, you might encounter some difficulties, and it would make more financial sense to get a used older model to turn into a project car instead.

Those modifications, while cool, won’t give you more horsepower.

It’s doable but it might compromise your engine’s longevity if not done right. If you’re keen on doing this, consult a professional.

As a general rule of thumb, older cars are easier to modify. So the answer is the Jazz/Fit GD.

For more guides on car modification, and tips on car maintenance, keep reading here on Philkotse.com.