Vehicle generations and why you should need to familiarize with them

Feb 15, 2020 | Same topic: Best advice for car buyers
Everything you need to know about car generations; what it is and why its concept matters to you.

Have you ever sat there just wondering about the vehicle generations that come with most cars? Why don’t vehicle manufacturers just build a whole new vehicle and give it a different name? 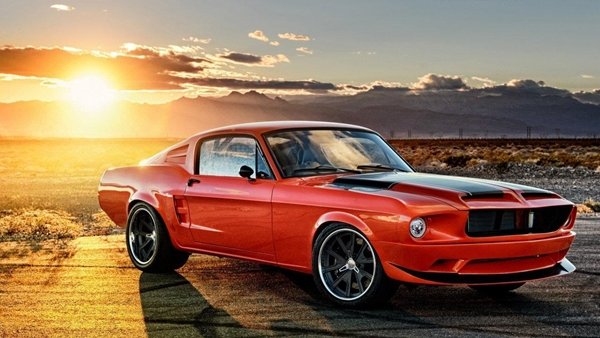 Have you ever sat there just wondering about the vehicle generations that come with most cars?

That will obviously eliminate the need to recognize if the vehicle has pre-existing models with the same name but a different generation.

But what exactly is it about vehicle generations that make them so important? Is it vital that car manufacturers label the vehicles they produce if it’s a succeeding generation to a pre-existing vehicle? Philkotse.com prepared all the answers you want to know about right here:

What are car generations?

The so-called car generations pertain to the specific models and make the design of a vehicle. A great example is the first-gen Camaro. It was made around 1967 until 1970. But the manufacturer thought that it’s a good idea to redesign the whole first-gen Camaro. So in the year 1970, the second-gen was created. A great example is the first-gen Camaro

This generation lasted until about 1981. From all the info provided, you can tell that the first generation of the Chevrolet Camaro was only produced for three years straight.

You can safely assume that from the year 1970, not a lot of first-gen Camaros can be found in the common streets today. This makes the first-gen version a very valuable vehicle for collectors.

When Camaro’s manufacturer decided to make its very first generation of the car model, each of the model years would have a few several changes that made it more unique.

A good example here is the Camaro’s taillights that were designed ever so slightly different every year. Aside from that, the Camaros made in the year 1967 were the only ones that were manufactured with vent windows.

>>> Grab your attention: Red flags to look out when buying a new car If you’re a fan of the industry, you’ll notice that manufacturers had more yearly changes back in the 1950s until the 1960s. Today, these changes are made less frequently, usually in the span of a couple of years.

A lot of the vehicles today also get new features, new techs, new option packages, and even new styling. But none of the current minor or distinct updates from 50 years ago actually count for a new generation.

Vehicles would need to undergo a major redesign and reconstruction to make a really great generation update. This can include interior touch-ups, exterior changes, and updates under the hood.

>>> Click here to find your best Chevy Camaro in the Philippines

Why should the concept of car generations matter to you?

This could be vital to the car-buying decision you will need to perform. But there’s more to that. If you think of it, no one really wants to invest in a car that was around its first generations. This is because when new models are introduced, it’s not rare to find out that the manufacturer had not fully discovered all inks and problems. In short, the first few generations are far from the best versions of the vehicle model.

This is also when there is almost no feedback yet from customers. The company isn’t well-aware yet of how the first-gen vehicles will do in real-life driving circumstances. Although this best applies to actual first-gen cars, this could also apply to the first year after a new generation update is released. An example of a problem that may arise is if the suspension is not fit for frequent stressful roads. It could also be an unsafe feature of the vehicle like a spoiler, a door lock, or a bumper.

It’s best to pick a vehicle that has been seen and experienced by the public already. If you like this idea, go or a second, third, or later gen vehicle. But as in most situations, there are also exceptions in which this applies.

>>> Have you known: Goodbye, Again? Chevrolet Camaro to be Discontinued by 2023

For example, you already had your eye on a particular car model. But you want to be absolutely sure that it will come with all the latest features and techs. Now, the best way to make sure that the particular car you like has everything you want is to buy its recent generation.

By now, you would know that automakers don’t exactly announce when they’ll release the new generation of a particular model.

This is, of course, because they want the current generation they released to make sales, but online, you may still come across news about your dream car. It can be about an overhaul of the units or that it will be the last generation of the vehicle. Most car shoppers with the same taste in a vehicle as you may feel that they need to buy that vehicle now before it’s gone. This can actually be a smart move on your side; but if you want to buy a used version of the car you like, that’s still your choice.

Now, you can also wait for the next generation of the car you like and hope that other shoppers find it well. So, aside from believing brochures and web promotions, you may also want to ask fellow car lovers for advice. Try joining question forums with car enthusiasts who own the generation of cars that you want to ask about.