Here is the list of 10 best diesel cars currently available in the Philippine market, according to the Euro 4 Fuel Eco Run contest organized by the Department of Energy and Petron. Check out now!

The market demand for diesel car in Philippines has always been on the rise thanks to its attractive combination of economy, technical refinement, and high performance. Admittedly, it is possibly more expensive to own a diesel car (in comparison with its gasoline counterparts).

However, if you have to travel long distance on a daily basis or prefer saving more money in the long term, a diesel car will be a perfect match for you. It is a matter of fact that diesel cars Philippines can help you save up to 29% of fuel consumption compared to gasoline-driven ones.

In June 2016, the Department of Energy and Petron organized the first Euro 4 Fuel Eco Run to produce a standard measure of fuel economy under the Philippine Energy Standards and Labeling Program (PESLP). The event attracted about 70 cars from 22 different brands. And it was not surprising that all of the top ten cars of the test run on diesel.

In June 2016, the Department of Energy and Petron organized the first Euro 4 Fuel Eco Run to produce a standard measure of fuel economy

If you are seeking a list of the best diesel cars Philippines, here are what you’re looking for.

The Isuzu D-Max LS 4x2 variant is the champion of the test. It is so surprising that the Isuzu D-Max LS 4x2 is the model that uses least diesel on the list. With a fuel consumption of 38.46 HP/L, the car’s 3.0-liter engine stays cool and Zen-like even on the highways. In addition, both its Advanced Cylinder Head feature and Variable Geometry System Turbocharged engine allow saving fuel to become an easy task for the model. Diesel engine cars Philippines: the Isuzu D-Max LS 4×2 is the champion of the test

2016 seemed to be the year of Hyundai. Ranked at the second place, the Hyundai Accent Sedan saves more gas than its sixth-ranking sibling which is the Hyundai Accent Hatchback. In fact, it can steer, handle, and accelerate without being parched when traveling. The dynamo equipped with a light clutch allows you to drive smoothly and comfortably with low fuel consumption. 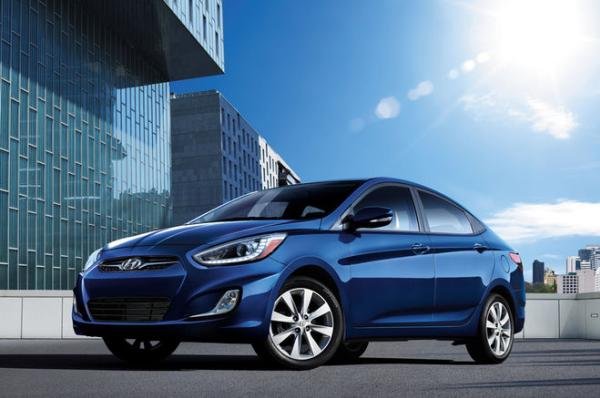 Despite having a hard-to-pronounce name, the Peugeot 301 sedan is truly easy-understanding when it comes to the car's fuel economy aspect. This feature makes the Peugeot 301 for sale in the Philippines even better with a great performance. It’s not bad for an elegant car like that to take only about 4.4 L/100 km for a trip with some highway cruising, mountain trekking, and city driving. 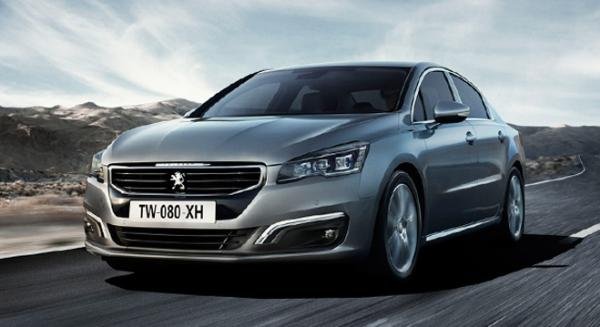 Developed from a five-door hatchback to a four-door sedan, this small and luxury car goes well in both city and extramural streets. But buying an Audi A3 will really shine when it crosses highway speeds. Moreover, the best feature of the model is its 292 horsepower motor which can accelerate from 0 to 60 miles per hour in 4.4 seconds. 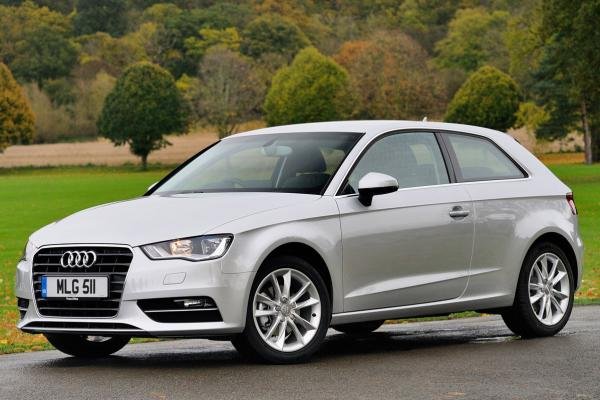 Diesel car Philippines: the best feature of the Audi A3 2.0 TDI (Sedan) is its 292 horsepower motor

A turbocharged diesel is one of the features that makes the Volkswagen Jetta TDI become a loyal German-made model. With a 2.0L TDI diesel engine, Jetta’s new design is frugal at the pumps. This car might take more fuel when running on highways, but use less gas when driven in town. 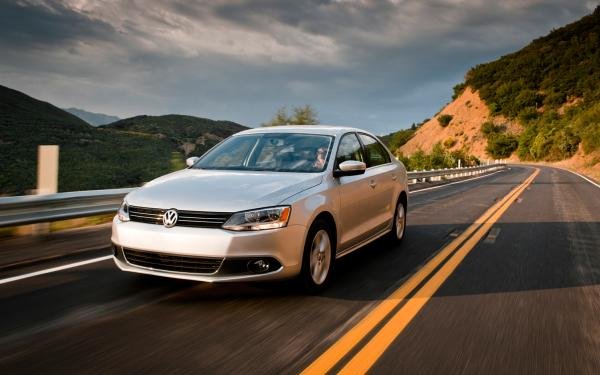 The slight edge in horsepower than Jazz maybe a minus point for this car, additionally, the competitive price and no-frills fireball make it become a dream car for all true misers who want to save fuel. You can take advantage of the juicy torque at an earlier time in order to keep throttle inputs at a minimum level and lessen the fuel spent in traffic. Filipinos always appreciate this feature. It is also one of the cheapest diesel car Philippines. 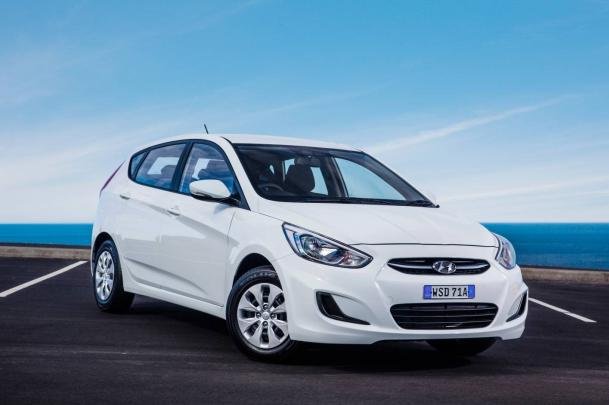 The Hyundai Accent Hatch (Hatchback) becomes a dream car of many with an affordable price and fuel efficient engine.

Although the Toyota Innova is designed ambitiously with every bit like an MPV but with added courage and power of an SUV, the fuel consumption fare is still pretty reasonable. Its geometry turbocharger takes less gas, especially when you transmit with the Eco Mode. 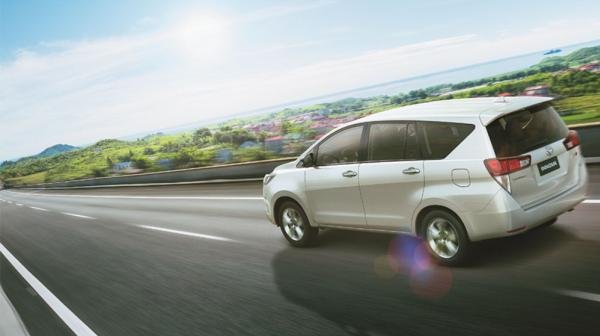 Although its name is inspired from an old version, it is changed completely in design. With a powerful turbocharger, four-cylinder engine, solid gas economy and mid-range punch, you can drive fast and easily switch lanes in highways. However, crowded streets won’t always let you cross over every vehicle, but at least, you understand that the Hyundai Tucson (CRDI) can run smoothly with high speed. This Hyundai model also appears on the list of best diesel SUVs 2022 in the Philippines. 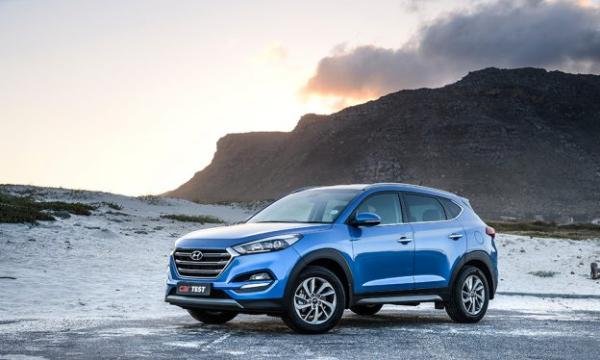 If you're looking for a large SUV, the Toyota Fortuner is a must-have.

The Fortuner is known for its powerful appearance, as well as its similarly powerful engine. A manual or programmed tranny can be used with the 2.4L diesel engine. The 6-speed automatic transmission is standard on the 2.7L gasoline and 2.8L diesel engines. The top of the series requires 4WD, but the remainder can be driven in RWD.

If you believe that bigger engines consume more petrol, think again with the Isuzu MU-X LS-A. This SUV’s large 3.0 engine can generate required power without putting stress on the engine, and its ultra-high-pressure common rail system supports to burn minimal fuel without making bad effects on performance. 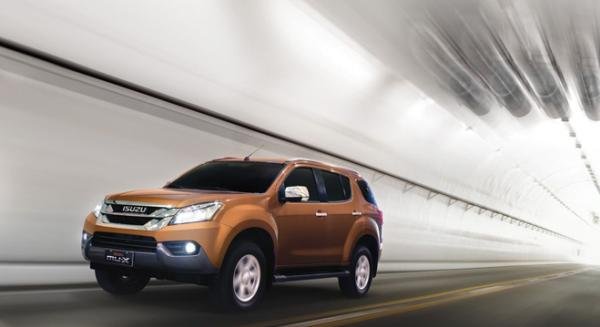 That is all for top diesel car in Philippines. If you are interested in any of these cars, you can head to Philkotse to see if they are available.