Safe driving: Annoying and dangerous things on the road you might face

A large volume of cars might be annoying. Not only that, there are more! Read more for a list of some of the most annoying and dangerous things on the road!

The large volume of cars traveling back and forth at a fast phase on the road is definitely a dangerous place to be in. This becomes more dangerous by annoying drivers who violate traffic rules and those who think they own the road.

Philkotse.com lists down some of the most annoying and dangerous things on the road. This article will serve as a heads up for all drivers of what to expect when driving on the road.

1. Drivers blocking the pedestrian lane during the red light

Pretty sure you experienced this or you already saw a driver blocking the pedestrian lane when stopping on a red light. As a pedestrian, the actions of these drivers will surely be annoying.

The driver's action is against the law. Their actions also pose a great danger to pedestrians and they are being inconsiderate about it, thus they need to be apprehended. The red light means stop, but some drivers chose to ignore these traffic regulations and still continue driving even if the traffic light is red. This type of driver is more annoying and pose more danger compared to those drivers obstructing the pedestrian lane.

You are lucky if you haven't encountered this type of drivers who are beating the red light. By the looks of it, these drivers don't care about their safety nor do they care about the safety of other road users. The red light means stop, but some drivers chose to ignore it

It’s really annoying when a driver is honking excessively. This is one of the main reasons why road rage happens. Anyone can get annoyed when you're driving peacefully and all of a sudden, some drivers will take that peace away by incessantly honking. Take note that the main purpose of car honks is for safety.

A piece of advice, if you’re driving and encountered this type of driver, you might really get annoyed as well, but do not honk back and stay away from that driver. This simple action can save you from being involved in road rage and further trouble. It’s really annoying when a driver is honking excessively

4. Public transport vehicles unloading and loading passengers in the middle of the road

This scenario is common. It does not only contribute to the heavy traffic in Metro Manila, but it also put the passengers in dangers especially when they get off the car.

You might or might not have witnessed it yourself, but some drivers are indeed guilty of not utilizing their vehicle's signal lights. Signal lights are there for a reason. It is meant to inform other drivers if you're shopping, going to the left or right direction. 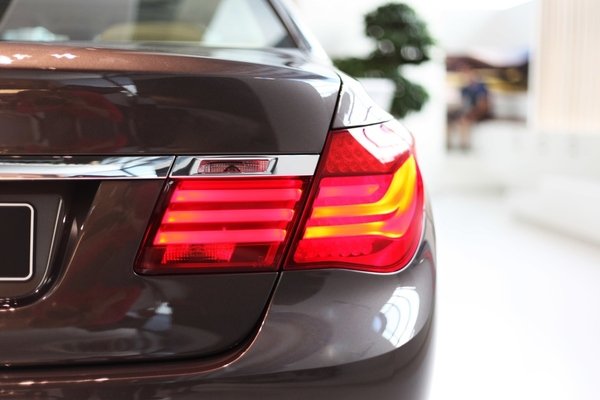 The signal light will send a message to the driver to slow down or go in the opposite direction. If a driver will not use his signal light, other drivers will not be informed thus they have to guess - which is very annoying.

But aside from being a total annoyance, it is also extremely dangerous because without giving any warning or indicator of what the driver is about to do or where they will go, it is the perfect recipe for an accident.

Some drivers find it hard to drive at night. Sadly, it’s more difficult and riskier to drive at night because of inconsiderate drivers using the high beam light of their vehicles, even when it is not really necessary.

You as a driver know how hard it is to drive at night especially when you come across a car with high beams on.  Always remember that when we stare directly into a bright light, the pupils of our eyes will contract. If that happens, it will admit less light from the outside.

This means, if a driver gets dazzled by other car's headlight, this will cause night blindness. It will be difficult for them to see things outside. Imagine the danger it poses not only for the driver but also to other road users. Remember that visibility is crucial when driving. Even a short period of night blindness can be very dangerous and can result in accidents. There are instances where a driver is in a hurry or just want to be ahead of other cars, so what they do is to counterflow. Drivers who counterflow are either impatient, running late, inconsiderate, stupid or all of these combined.

Counterflowing is a very dangerous activity most especially if it is on a busy highway. It’s not only a traffic violation but it also poses an extreme danger to everyone on the road. Counterflow can result in a fender bender, car crash or collision.

If you're a driver and in a hurry, we suggest you relax and do not counterflow. It's better to be late to your appointment than to be involved in a car crash which can cause you serious trouble and endanger you and your passenger's life.

Rules exist for the safety and order of everyone. Sadly, not everyone is obedient enough to follow it. Also, remember that traffic rules and regulations are not only for the drivers but for pedestrians as well.

Most of the time, we think that cars are the only danger there is on the road. However, pedestrians also can be dangerous and annoying. Drivers are not the only one who completely disregards traffic rules, but pedestrians as well. Rules exist for the safety and order of everyone

>>> Check out: A complete guide to avoiding pedestrian accidents.

Pedestrians are often fond of jaywalking. Most pedestrians are well aware that jaywalking is bothersome and extremely dangerous for both parties. Always remember that drivers can’t stop immediately if they do not see you crossing the road.

Pedestrians should also be strictly apprehended for jaywalking. There are designated pedestrian lanes and overpass for people to safely cross the road. Make use of it and avoid jaywalking before it cost you your life.