Commuting vs driving in the Philippines: Which is more practical for the long term?

Mar 07, 2019 | Same topic: Survive driving in the Philippines
Should we take a bus, a train or drive our own car to work? This article will discuss the difference between commuting vs driving.

Every day, there are thousands of vehicles roaming around the country’s busy thoroughfares, many of them busy ferrying commuters to school, work or some other appointment. Knowing how increasingly difficult it can be to get a ride as a commuter (not to mention fare hikes brought on by fuel price increases, as well as accidents involving PUVs), you’re most likely considering getting your own car instead.

But before you head off to the nearest car dealership to browse the latest models, bear in mind that there’s a whole lot more to purchasing (and owning) a car than just personal convenience. You might wonder which is more cost-effective, commuting or having your own car? Let Philkotse.com give the lowdown on just which is more practical for the long term.

In the Philippines, options abound in terms of public transportation. Mainstays such as jeepneys, buses, taxicabs and tricycles have been supplemented by urban rail such as the Light Rail Transit (LRT) and the Metro Rail Transit (MRT), point-to-point taxi garage services (UV Express) as well as transport network vehicle services (TNVS) such as Grab (cars/SUVs) and Angkas (motorcycles).

If you would rather do without the smog and the heat while sitting in traffic, air-conditioned buses charge at least P12 base fare for the first five kilometers, and you’ll need to pay P2.20 for every succeeding kilometer. Taxicabs charge a flag down rate of P40-P45 pesos, with P13.50-P16 due for succeeding kilometer.

Fares on the MRT and LRT, meanwhile, differ depending on the point of origin and destination, while fares for Grab typically depend on distance and the time of day (with rush hours especially resulting in surge pricing). 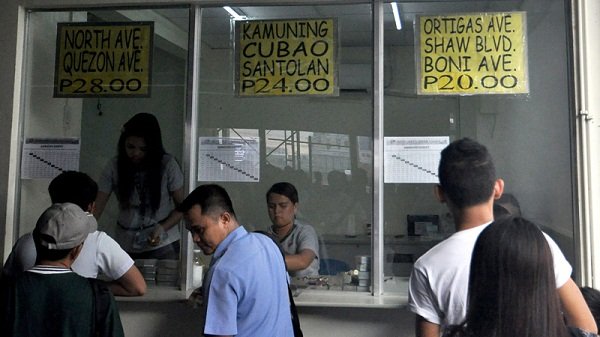 MRT and LRT fares depend on where you will go

As you can see, daily commutes can be quite draining financially, not to mention the effort involved in securing one during peak hours. Yet according to most commuters, no matter what time it is, commuting is hard, especially in Metro Manila. Any time of the day is practically considered rush hour, with commuters spending more time queueing up and on the road than actually being productive at work or in school.

Jeepneys, buses, and rail transit are still popular as modes of transportation because of their relatively cheaper fares. However, one major drawback to them is that they have fixed routes (although jeepneys are known to circumvent them on occasion or disregard them completely, putting their franchises at risk).

If your particular destination does not happen to fall along the main route, you may have to go the rest of the way using tricycles which are a bit more flexible but tend to charge higher rates for special trips where you basically hire the vehicle for yourself without waiting for other passengers. On average, a regular commuter spends between P50 to P250 daily on fare alone.

If you want to get off at your exact destination, taxicabs and TNVS are your options. However, the convenience comes at the expense of higher fares, especially if the trip includes having to endure heavy traffic. Yet exorbitant fares aside, many commuters still believe that taking public transportation is still more cost-effective than driving or owning a car.

In addition, with a lot of people sharing the same space when using public transport, there is more chance of theft or robbery taking place on buses or trains. Be careful, you can be a victim of a robbery when commuting

II. Driving your own car

A prevalent impression among Filipinos is that owning a car is a status symbol i.e. if you own a car, then you must be rich. While it may hold true for some, the vast majority of Pinoys aren’t driving around to flaunt wealth. Quite the opposite in fact, especially as buyers generally look for vehicles that can serve multiple roles (practical for both personal and business use) to maximize their value. The most obvious benefit of owning a car is convenience. Having the means to go to any destination you want, even at a moment’s notice, is certainly a big deal. Many Filipinos still put an emphasis on independent mobility when it comes to maximizing their productivity in business or just making the most of their leisure time. Just take a look at mall sales during the holiday season, where the sight of long lines of shoppers waiting for a ride home can be quite unnerving.

Comfort is also an advantage; imagine not having to endure the sweltering heat and smog throughout the trip, plus being able to freely pick out the songs you want to entertain you. And then, you can also use your vehicle for carpooling to ferry relatives, friends or even total strangers who are going to your destination, maximizing your car’s utility while reducing our overall carbon footprint.

On the other hand, the cost of car ownership goes way beyond the sticker price while it’s brand-new. Once it rolls off the showroom floor into your garage, you’ll have to contend with the other expenses that come with it, such as fuel, maintenance, insurance, and annual registration.

Fuel – A basic need for a car to run. The money you spend on fuel depends on how far and how long you drive. For example, you drive 10,000 kilometers per year, your car gets 200 kilometers on a gallon of fuel that costs P215 (43 pesos per liter x 5 liters of gasoline per gallon), that translates to P10,750 annually on fuel costs. 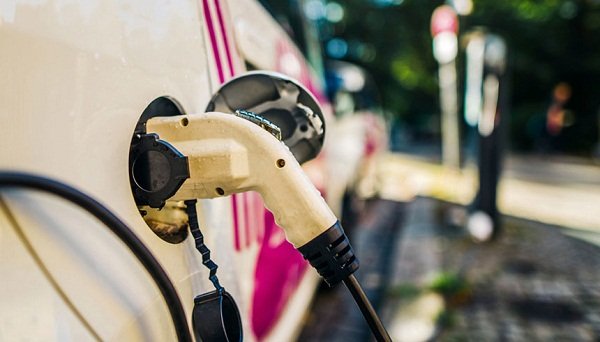 The money you spent on fuel depends on how far and how long you drive.

Maintenance – It’s necessary to look after your vehicle to ensure that it runs smoothly even with age. This includes oil changes, new tires and brakes, services checkups, and repairs or replacements where necessary. When you own a car, there’s really no choice but to spend money on car maintenance, or else, your car will eventually wear out to the point that you won’t be able to use it. Regular maintenance is needed to keep your car running and in good shape.

Insurance – This provides financial protection to you in the event that your car sustains damage or is lost. Comprehensive insurance provides bumper-to-bumper coverage on your car for physical damage, while comprehensive third-party liability (which is required by law) provides compensation for injured passengers and pedestrians as well as damaged property in case your vehicle is involved in an accident.

Registration – This is a must for every vehicle on the road since the government (through the Land Transportation Office) has the mandate of regulating all land-based vehicles. Registration is typically free for the first three years of a brand-new vehicle and is renewed annually from the fourth year onwards.

>>> Helpful for you: Car registration renewal in the Philippines: Everything you should know

When you own a car, you don’t have a choice but to spend money on car maintenance, or else, your car will be damaged to the point that you won’t be able to use it.

III. So which is best for you?

Some might prefer the ease of going anywhere in a vehicle of their own, with the belief that whatever they spend on transport fare would be better served on expenses such as fuel and maintenance, since these would benefit them anyway.

And there are those who think that owning a car is just too much trouble, from needing to have their own garage, being unable to leave their cars in the middle of frustrating traffic, and even worrying about how other people don’t respect their property. It really depends on your personal circumstances and preference. Whichever you ultimately choose, always keep the long-term benefits (and your sanity) in mind.

commuting in the Philippines Commuting vs driving