The new and energetic Chevrolet Trax launched at 2017 MIAS

The new Trax was presented with many improvements satisfying a lot of car buyers.
The 2017 Manila International Auto Show (MIAS) was such a delightful event with numerous displays of planned launches of new car models that make us gloat over. A strong contender of the Chevrolet Philippines at the show was the all-new Spark. This time, American manufacturer introduced another new car that got significantly less fanfare: the new Trax.

>>> Did you know that the 2017 Chevrolet Trailblazer Black Edition has been available in our country with a price tag of nearly P1,600,000? Read our full article to get more information. 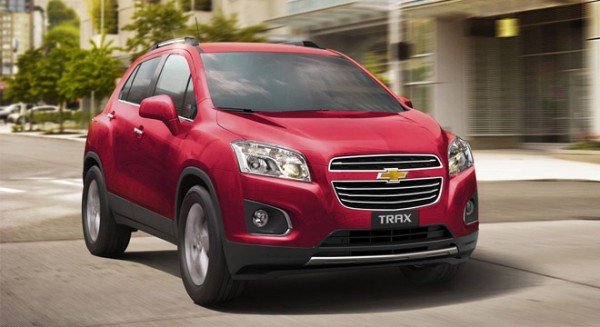 Despite its relatively unknown anonymity at MIAS, the new Trax still makes the watchers satisfied with its improvements
We recently acquired a test kit of the new crossover, and in spite of its relatively unknown anonymity at MIAS, it still makes the watchers satisfied with its improvements. Instead of the chubby body, the new model has more glossy lines and a more aggressive front fascia.
>>> Upcoming Chevrolet Spark has already fetched with an affordable price. Click here to get more details.
The crossover has a very impressive interior with better seat materials and delicate stitching throughout the cabin. Behind the wheel, it still keeps the agility and adequate power of the pre-facelift version that we appreciated before.
Meet the new and more athletic Chevrolet Trax