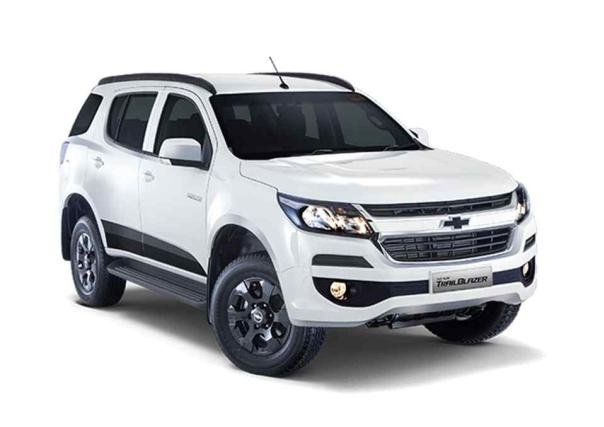 The 2017 Chevrolet Trailblazer Black Edition is an attractive combination between dark and light
The bow-tie emblem at both the front and rear is black, instead of yellow as usual, in order to harmonize with the roof rails. Moreover, a new set of 17-inch alloy wheels with Deep Black finish, the body graphics on the side and the rear spoiler also highlight the black theme of this special edition.

>>> View more:
Black is still the main theme in the cabin of the new Chevy with all-black upholstery. Plus, seats, the steering wheel and shift lever are covered with black leather. 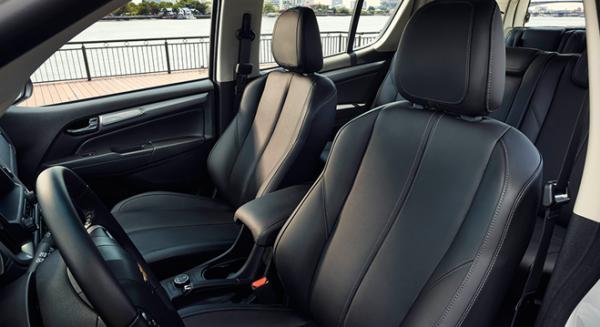 Black is still the main theme in the cabin of the new Chevy with all-black upholstery
Similar to other variants of the Trailblazer, this Black Edition also uses the Chevy's MyLink touchscreen infotainment system. Apart from the USB, Aux, Bluetooth and AM/FM radio, the vehicle is now compatible with Apple CarPlay and Siri Eyes Free.

As regards the hardware, the Chevy Black Edition is powered by a 2.8-liter Duramax turbo-diesel engine, producing 200 hp at 3,800 rpm and 500 Nm of torque at 2,000 rpm, coupled with a 6-speed automatic transmission. At present, the Black Edition is only available as a 4x2 model.