Volvo XC40 – the smallest CUV of Volvo is willing to enter a direct competition with the BMW X1 and the Mercedes-Benz GLA-Class.
Volvo Cars plans to introduce its XC40 – a part of its core crossover range this fall. First images of this new-generation car were revealed by the 40.1 concept last year.  This year, OmniAuto continues to publish renderings of this crossover which seem to be more realistic for the road. 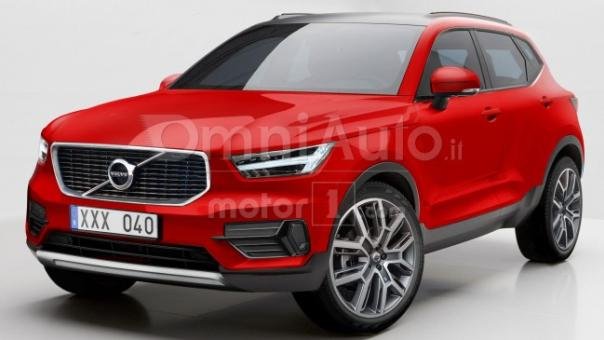 Volvo Cars plans to introduce its XC40 this fall.
About the exterior design, the Volvo XC40 remains the Thor’s Hammer headlights, but the grille is extended farther down the front end. The corner intakes become more angular, longer and narrower than the previous concept.

Besides, the XC40’s hood features more subdued aesthetic details instead of the brand’s idea for crisply sculpted points. Particularly, the rendering replaces the concept’s skinny camera stalks with traditional side mirrors. 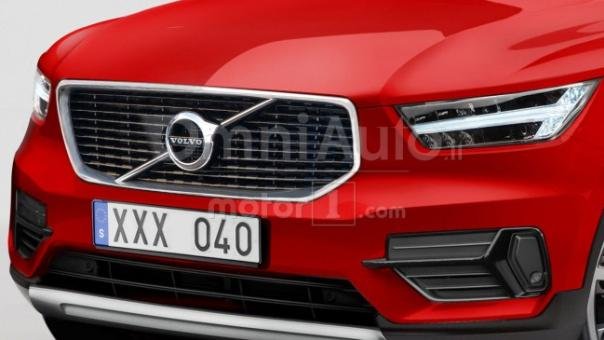 The XC40’s hood features more subdued aesthetic details.
At the rear, the big change is that the C-pillar looks narrower in order to improve drivers’ visibility.

As regards the powertrain, the XC40 will use the brand’s T5 Twin Engine that combines a 1.5-liter turbocharged three-cylinder with the hybrid assistance providing an electric range of around 31 miles (50 km). Furthermore, optional three- and four-cylinder turbo engines are also offered.

The Volvo XC40 crossover is expected to make its debut in September this year at 2017 Frankfurt Motor Show.