Founded in 1927 by Svenska Kullagerfabriken with the leadership of industrialist Assar Thorvald Nathanael Gabrielsson as the Managing Director and automotive engineer Erik Gustaf Larson as the company’s Technical Manager, they created the first-ever Volvo model called the OV4 Touring.

Since then, Volvo has been using only the best quality materials to manufacture automobiles that are highly regarded not only for their durability, but for their outstanding quality. It is in this commitment to excellence that the brand is driven forward to build the next great Volvo Cars idea.

Volvo has created dozens of innovations that changed the automotive industry worldwide. One of which is the three-point safety belt introduced by Nils Bohlin in 1959. Subsequently, an estimated one million lives have been saved upon its fabrication.

Another advancement developed by the company is ‘Lambda Sond,’ which is now utilized by almost every car in the world, continuing to reduce harmful emissions by 90%.

Beyond groundbreaking technological innovations, Volvo has also built a name for itself in the motorsport world by winning in the 1965 Safari Rally through the PV544, as well as the Acropolis rally with the 122S Amazon in the same year.

In 1994, the brand surprised the motorsport world by being the first-ever manufacturer team to enter an estate racing car with the 850.

As years passed, Volvo continued to evolve its engineering as well as its operations. In 2008, the company got into management ownership under Ford Motor Company’s Premier Automotive Group. A year after, an acquisition by Chinese automaker Geely Automobile came into effect.

In the Philippines, Volvo is exclusively imported and distributed by the Scandinavian Motors Corporation. They are a 100% Filipino-owned company that brought the luxury vehicle brand into the country in 1994.

Volvo Cars Philippines’ headquarters is located along Don Chino Roces Avenue, in Makati City. The brand boasts of range-topping models that have been the benchmarks of quality and safety in the automotive industry.

Currently, Volvo Philippines have dealerships and service centers in central locations in the country including Makati, North EDSA, Alabang, Cebu, and Iloilo. Please find below the list of top Volvo dealerships on Philkotse:

Volvo’s flagship sedan, the S90, is the brand’s entry into the midsize premium sedan segment. The perfect blend of Scandinavian aesthetic, advanced safety technology, and cloud-based features places the modern luxury sedan a notch above its competitors. Its striking design philosophy won the coveted 2015 Production Car Design of the Year award. Matched with Volvo’s pristine reputation in the safety engineering department, the S90 has become one of the brand’s most iconic products. Locally, the model is offered in two variants which are the Volvo S90 2.0 D4 AT and the Volvo S90 T8 Plug-in Hybrid. The former is a ...

The Volvo XC40 is the smallest SUV in the Swedish brand’s roster that officially completes the XC lineup. It is their first ever compact premium SUV breaking in the brand’s entry into the competitive segment among luxury brands. The model comes in a playful and progressive design that is elevated with premium trims, making it unique yet still embodying the brand’s signature aesthetic. Volvo has been known as a brand that prioritizes road safety, thus the XC40 is furnished with the City Safety package, a 360-degree camera, Cross-Traffic Alert, and Run Off Road protection. It is locally available in three ...

The Volvo XC90 is the brand’s flagship SUV that offers the complete package- from a premium aesthetic, high quality materials, world-class safety features, innovative infotainment system, and powerful engineering. Its latest generation aesthetic incorporates a cleaner, more elegant styling with luxurious trims inside and out. The SUV is also the first Volvo to ride on the new Scalable Product Architecture platform. Among its slew of safety and tech upgrades are the Volvo Sensus infotainment system and the exclusive City Safety, Run-off Road Protection Package, and Park Assist Pilot features that ensure a safe and convenient drive. There are three variants ...

How much is a Volvo in the Philippines?

How many types of vehicles are offered in Volvo Philippines’ lineup?

What are Volvo cars known for?

Volvo car models are known for being safe. This has become an enduring reputation of the Swedish auto brand’s identity. Volvo has pioneered an array of active and passive safety features with its most famous accomplishment probably being the invention of the seat belt.

Volvo Philippines announced that it will open a new dealership in Pampanga next year in partnership with the Gateway Group.
Volvo teased a new electric crossover at the end of the global premiere of the all-new Volvo EX90 that will debut in 2023.
The 2024 Volvo EX90 is formally launched as the brand’s most serious foray into electrification yet, packing unprecedented tech and safety.
Volvo says its EX90 electric SUV can deliver information depending on what the vehicle and driver are actually doing at a given time.
Volvo introduced the world-first interior radar system that aims to prevent deaths in hot cars by detecting whether a person or pet is left behind. 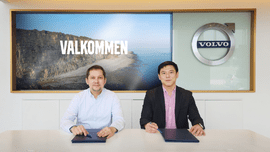 The Swedish automaker plans to expand in key areas around the country. 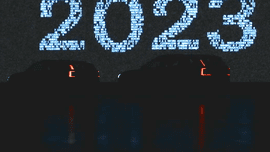 Volvo teases new electric crossover that could debut next year

It is slated to become the second Volvo electric car. 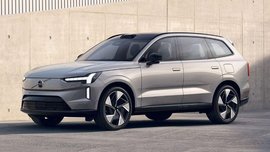 The tech-heavy SUV replaces the XC90 as the automaker’s flagship. 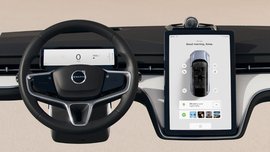 The goal is to present information in a way that does not distract the driver. 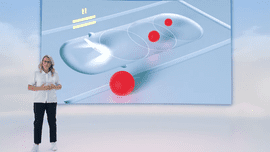 It uses sensors to detect whether someone is left behind in the cabin.