If you’re a big fan of Dodge, and the company’s penchant for horsepower, then you’ll be glad to know that the Dodge Durango now joins the Dodge Charger, and the Challenger in bearing the SRT Hellcat marque.

That’s right, the American car company under FCA North America, has given the new Durango the 6.2-liter Hemi Hellcat V8, which sort of makes it a muscle car for people with families. 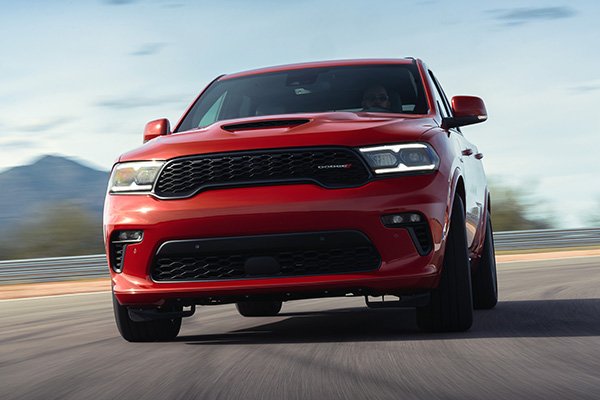 Dubbed as the “most powerful SUV ever,” the Dodge Durango SRT Hellcat for the 2021 model year, is propelled by a supercharged 6.2-liter Hemi Hellcat V8 engine.

The said engine churns out 710 horsepower and 874 Nm of torque, with all that power sent to all of its wheels via a TorqueFlite eight-speed automatic. So yes, the Durango SRT Hellcat indeed takes the crown from the Jeep Trackhawk, which makes three horsepower less. 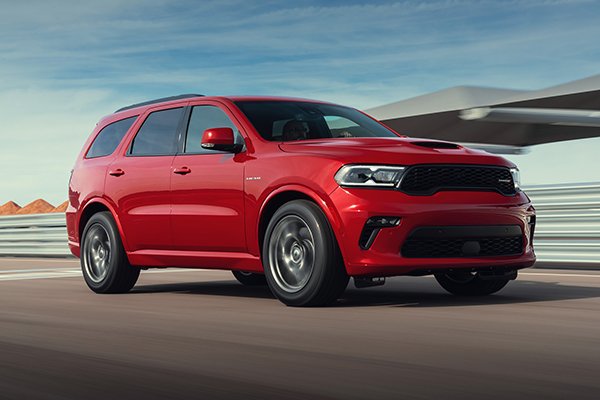 It's front has this aggressive, but subtle look to it that we really like

With that kind of output, Dodge says the Durango SRT Hellcat can tow up to 3,946 kilograms, and it can do a 0 to 100 km/h time of 3.5 seconds, which is incredible for a vehicle of its size and weight.

To handle that power, Dodge also gave the Durango SRT Hellcat a high-tech suspension system, electronic power steering that can be tuned to one’s liking, a set of huge Brembo six-piston coupled with equally massive 15-inch rotors for the front, and 13-inch rotors for the rear, and it also has really fun things like launch control, and launch assist. It's a very large vehicle, and with the kind of power it makes, it really needs those Brembos

Inside, the front cabin is very much a driver’s cockpit. It’s a bit “aggressive” looking, but otherwise, there’s also a wealth of convenience and comfort features inside like the new ten-inch touchscreen, ventilated Nappa leather clad seats, wireless charging, among others. 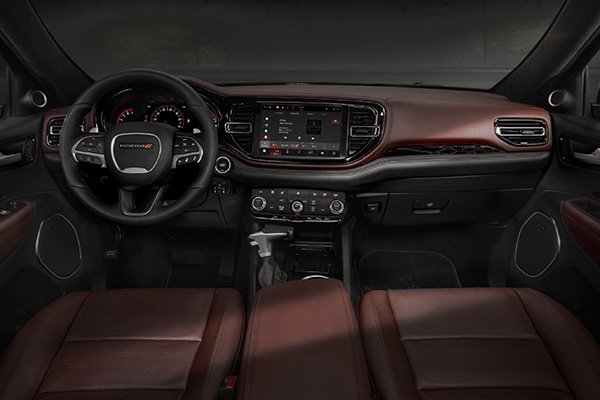 Here in the Philippines, the current available version of the Dodge Durango is the 3.6 GT RWD. It’s powerful in its own right, but its V6 engine is definitely more sedate than the Durango SRT Hellcat’s Hemi V8.

Do note however that the American company has already introduced the Challenger SRT Hellcat Red Eye here, so it isn’t a far off prospect that the Durango SRT Hellcat will come here as well. 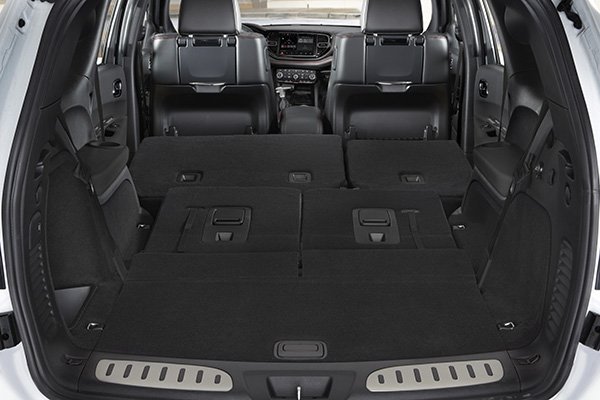 It's got a lot of space too