If you’re looking for a more convenient way to browse Dodge automobiles online, you may visit Philkotse.com. The user-friendly site offers a wide array of this acclaimed American car brand. Also, you may check out exciting news and promos.

Dodge, formerly known as the Dodge Brothers Company, is an American automobile company known for its powerful trucks and well-built sports car. The Dodge Brothers, Horace, and John founded the company in 1900 and initially offered bicycles.

After two years, they shifted in supplying engines, axles, and transmission to Ford Motors, Olds Motor Vehicle Company, and other reigning manufacturers during that time.

After years of successful partnerships, they launched their own company on November 14, 1914, and introduced Model 30. The vehicle was a success as 249 units were built by the end of 1914.

The rising automobile manufacturer decided to focus on producing more cars for their growing fans and new followers. Two years after, all of their released vehicles became the second in overall sales in the US.

In 1920, the company was sold to Dillon, Reed & Co. for a reported amount of $146million after the death of the Dodge Brothers. Currently, American Italian multinational corporation Fiat Chrysler Automobiles owns Dodge.

Some of their memorable releases include:

Here in the Philippines, Dodge car models are distributed by the Auto Nation Group Inc. Dodge Philippines’ range of lineup includes the Durango, Charger, and the Challenger. Contact information

2. Dodge dealership in the Philippines

To view and experience their stunning cars, you may visit Dodge Alabang, Dodge Greenhills, and Dodge Makati.

The Dodge Charger is a rear-wheel-drive, four-door muscle car. It’s body style fits it into the fullsize sedan category, but some consider it as an American muscle car. For the Philippine market, the Dodge Charger has two available variants. There’s the Charger R/T Scat Pack Widebody priced at Php 4,990,000, and the Charger SRT Hellcat Redeye Widebody which can be had for Php 7,990,000. Under the hood, the Charger gets two different engine options. For the R/T Scat Pack Widebody trim, it uses a 6.4-liter V8 engine that can make up to 485 horsepower and 644 Nm of torque. The ...

The Dodge Durango is a premium Sports Utility Vehicle created for individuals who want all the luxury a modern automobile can consistently provide. It features a head-turning, muscled exterior splashed with contemporary details guaranteed to assist your driving needs. Inside, it boasts a spacious and posh interior fully furnished with safety, comfort, and convenience amenities seven passengers will surely adore. City driving or rural cruising is always a pleasant experience courtesy of this versatile SUV. The Dodge Durango Limited and the Dodge Durango Citadel is available in the Philippines. It is offered in Light Brown Stone Pearl, Bright White, True ...

Is Dodge an American car brand?

What kind of vehicle does Dodge make?

Dodge produces a wide range of cars including sedan, SUV, minivan, and pickup truck. In the Philippines, however, Dodge only offers 1 SUV, 1 coupe, and 1 pickup truck.

What is Dodge known for?

Dodge is mostly known for its workhorse trucks, which became a separate brand called Ram, as well as cool muscle cars and SUVs.

The Challenger trailed the Mustang for most of 2021, but a third-quarter push gave Dodge the needed numbers to beat Ford.
SpeedKore reveals a 1970 Dodge Charger dubbed Hellraiser that features modern components and a seriously powerful engine.
Want to share your sick burnouts with the entire family? Well you can with the Dodge Durango SRT Hellcat, the current most powerful SUV ever.
Great news, Pinoy muscle car fans. The 2020 Dodge Challenger SRT Hellcat Redeye is now available here in the Philippines.
At this year's SEMA, Dodge introduced the Challenger Drag Pak; a track-only Challenger equipped with wheelie bars, a parachute, and a roll-cage. Click here to learn more. 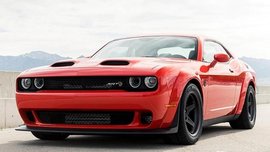 The only muscle car with all-wheel-drive outsells the iconic pony car. The car is built for actor and comedian Kevin Hart. 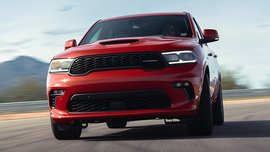 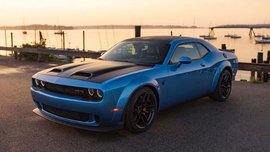 It makes about as much as the Dodge Demon but behaves better on the road. 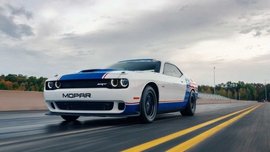 Dodge Challenger Drag Pak: Non-street legal and it can do wheelies

At this year's SEMA, Dodge introduced the Challenger Drag Pak; a track-only Challenger equipped with wheelie bars, a parachute, and a roll-cage.