Tech-wise, this hot crossover is loaded.

Alfa Romeo has unveiled its first-ever plug-in hybrid crossover model. It's known as the Tonale, and while it looks like it could serve as a family car better than any other Alfa Romeo ever released in recent memory, it still bears the brand’s signature qualities from the looks, down to its performance. Style-wise, the Tonale largely assumes a conventional but contemporary crossover shape. Then again, the brand says that it was meant to look hip and metropolitan. Something that the younger crowd would like. From the front, this new crossover bears signature details that are also found on other Alfa Romeos. What we’re referring to is the iconic “Trilobo” which is the trilobe grille pattern. It also gets a pair of angry-looking LED headlamps, as well as the Alfa Romeo logo right on top of the central, triangular grille.

On the rear of the Tonale, one can then find a singular, wavy LED piece running across the width of the vehicle. Below is a shapely rear lower bumper, on which the dual-exhaust tips are seamlessly integrated. A view of its rear end

Inside, the 2023 Tonale gets what you’d expect from a brand like Alfa Romeo. Its seats are wrapped in leather and Alcantara suede, and there are pieces of aluminum trim spread around the vehicle’s cabin. A peek into the Tonale's cockpit

The seats themselves are given ample bolstering to keep an occupant from sliding around during spirited driving.

While it looks comfortable, Alfa Romeo opted to arrange the Tonale’s dashboard and other controls in such a way that it focuses on the driver. The central console is skewed to face the person doing the driving, and most of the controls are actual buttons.

Other features inside the Alfa Romeo Tonale include a gear shift lever, an elbow rest, dual-zone automatic climate control, a digital gauge cluster, a flat-bottom steering wheel, among others. Almost all of the surfaces inside the Tonale are clad in suede. Nice.

In a nutshell, the 2023 Alfa Romeo Tonale comes with a plethora of high-tech gadgets. For starters, it gets a 10.3-inch touchscreen underpinned by the Uconnect 5 infotainment system. It also gets wireless smartphone charging, wireless Apple CarPlay and Android Auto.

It is even provided with the Amazon Alexa virtual assistant, which enables users to use voice commands to check real-time information or ask it to play music or whatever media comes to mind. 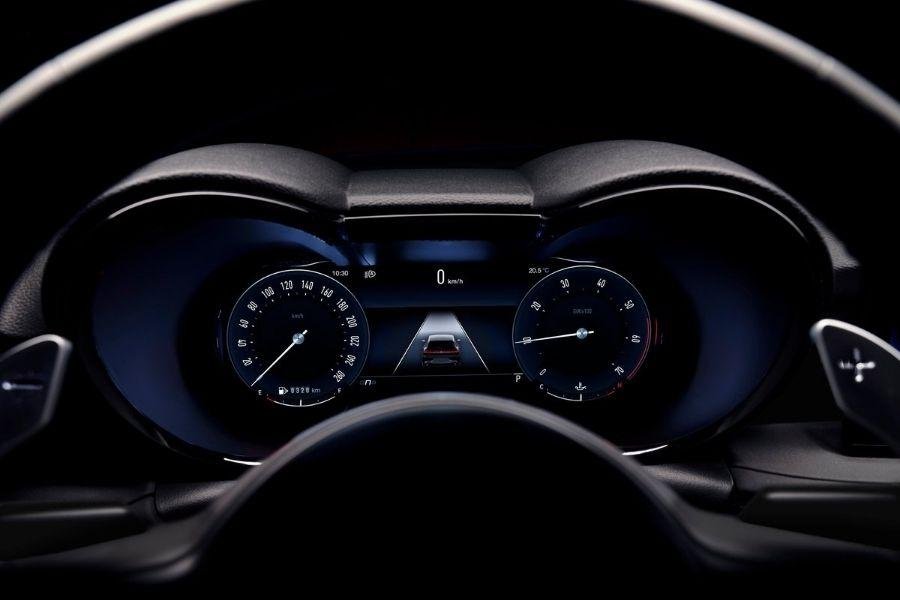 The 2023 Alfa Romeo Tonale gets two engine choices. First is the plug-in hybrid powertrain, consisting of a 1.3-liter inline-4 engine powering the vehicle’s front wheels, and an electric motor for the rear wheels. In total, this system can produce up to 273 horsepower. It then uses a six-speed automatic transmission. The PHEV is also equipped with a 15.5 kWh battery which gives it an electric-only range of 48 km.

Another engine option for this Italian crossover is a 2.0-liter turbocharged inline-4 gasoline engine. At maximum, this can make up to 256 horsepower and 400 Nm of torque. Like the PHEV version, it also gets all-wheel-drive. However, it uses a nine-speed automatic gearbox. It sure is one aggressive-looking crossover

For now, Alfa Romeo is yet to publish zero to 100 km/h times for the Tonale. Then again, this crossover promises an exciting and dynamic driving characteristic with its fully independent MacPherson suspension with Frequency Selective Damping shock absorbers, four-piston Brembo Brakes, and a “Sports” mode which stiffens the ride for optimal cornering.

For more details about the 2023 Alfa Romeo Tonale and other upcoming models, keep it here on Philkotse.

If you’re looking for a more convenient way to view the Italian carmaker’s premium vehicle, Alfa Romeo, online, you may visit Philkotse.com. The user-friendly site also offers a wide array of other iconic car brands that you will love. Also, you may check out exciting news and promos.