Alfa Romeo has revealed mesmerizing images of its new premium car – the 6C Disco Volante.
In the global relaunch, Alfa Romeo cherishes the ambition of competing with Volkswagen and Fiat, according to car news from the automaker.

In particular, the Italian car manufacturer has released the Giulia and Stelvio and Alfa Romeo is planning to produce 2 more SUVs, a new hatchback and a full-size sedan before 2020 to strengthen their position. The 6C Disco Volante might be one of the special models in Alfa Romeo’s product development plan. 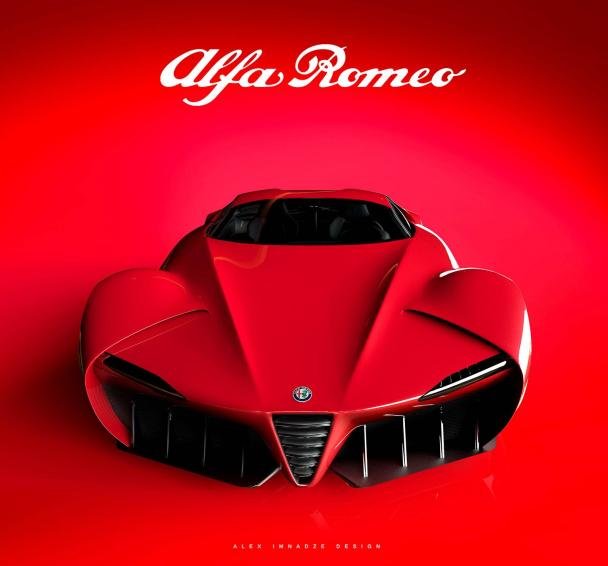 The 6C Disco Volante might be one of special models in Alfa Romeo’s product development plan.
Designed by Alex Imnadze, this eye-catching 2-door vehicle is considered the brand’s halo model. If you take a closer look at this design, you can see that it’s not the conventional design language of Alfa Romeo. However, this design is certainly a head-turner.

The front part of Alfa Romeo appears to take the form of Toyota F1 and the driver seats look like a small cockpit with a heavily-tapered windshield and tiny side windows.

About the rear, the design looks similar to the Aston Martin Vanquish Zagato, but admittedly much less attractive. In general, the 6C Disco Volante resembles a spaceship of the future.

At the rear, the design looks similar to the Aston Martin Vanquish Zagato.
We can’t say for sure if Alfa Romeo would produce the 6C Disco Volante. But there is absolutely no doubt that owning an amazing sport car like this is really a dream.
>>> Related: USED ALFA ROMEO DISCO VOLANTE FOR SALE