Practically just two months after teasing the world with the Magnite Concept, Japanese carmaker Nissan has revealed the production version of its smallest subcompact crossover to date – the 2021 Nissan Magnite. This is Nissan’s first offering for India’s sub-4-meter crossover segment. Designed in Japan, the Magnite takes its name from the words “magnetic” and “ignite”. This is an indication of Nissan’s plans to usher in a new era both in the Indian market and overseas, and part of its long-term plan to introduce 13 new models worldwide.

The Magnite also joins the elite club of Nissan models tested at the Tochigi proving grounds, where the Nissan GT-R cut its teeth prior to hitting production. 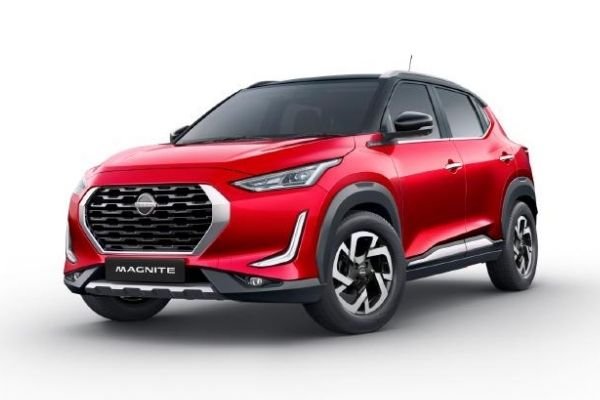 Little has changed from the Magnite Concept, which should bode well for fans of the design

The latest Nissan crossover slots below the Juke and the Kicks, with a form that’s practically faithful to what was seen on the concept version in July. Only a few minor details were altered, such as the restyled headlamps and the addition of fog lights peeking out from triangular housings on the front bumper. The new Nissan corporate logo sits prominently on the black grille, which is flanked by L-shaped LED daytime running lights.

Generous body cladding on the wheel arches, lower door edges, and rear bumper make no secret of the Nissan Magnite’s character as a sporty runabout. Striking LED tail lamps flank a wide rear hatch, while the blacked-out roof terminates in a rear spoiler incorporating a high-mount third brake lamp. With 205mm of ground clearance, the crossover is built with urban adventures in mind. 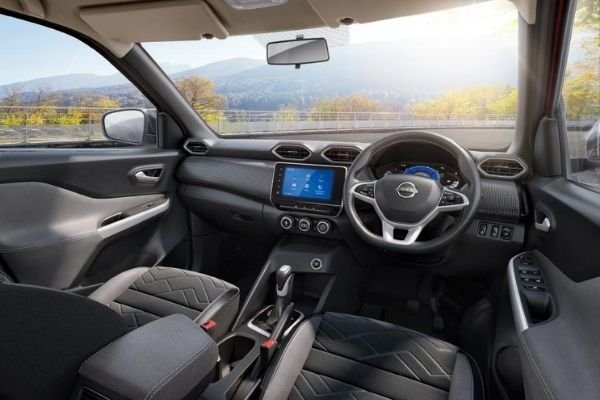 The fun-shaped aircon vents add character to the cabin

Emphasizing the Magnite’s playful nature, Nissan opted for an interior that’s as quirky as it is functional. Hexagonal air vents on the dashboard greet occupants as they hop aboard. Despite its size, the Magnite’s high seating position gives users a commanding view of the road, while the width provides ample spacing between the driver and front passenger. 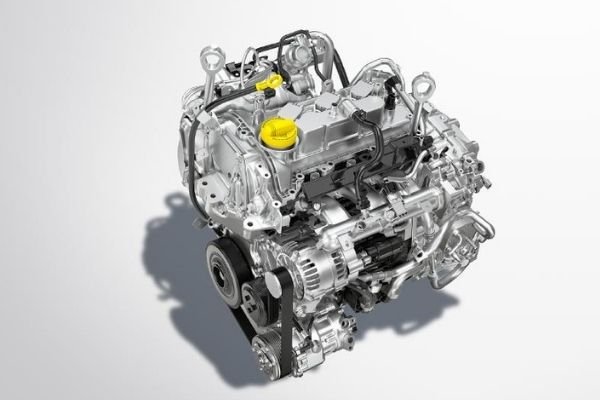 The lone engine offering is a 1.0L 3-cylinder gasoline turbo

The biggest surprise up the Magnite’s sleeve is reserved for under the hood, with an all-new 1.0L turbocharged 3-cylinder engine touted to be one of the most powerful in its class. Even with the absence of actual performance figures, it’s quite a bold claim.

Along with hill start assist and other expected safety bits like anti-lock brakes and airbags, the Magnite will come equipped with Nissan’s 360-degree Around View Monitor technology.

The 2021 Nissan Magnite will be formally sold in Indian showrooms by end-2020, with global markets to follow sometime in 2021. It looks like a perfect model for Nissan Philippines to bring here, don’t you think?

Get wind of more new releases at Philkotse.com.