The upgraded Mitsubishi Montero Sport GT 2018 available in the Philippines

The Mitsubishi Montero Sport GT 2018 has been recently announced to receive some improvement by Mitsubishi Motors Philippines. And the upgraded variant is currently available in the market. According to the latest car news, the Japanese manufacturer has brought the vehicle not only a new look, but also upgraded safety features. The Montero Sport GT has received not only a new look, but also upgraded safety features

Speaking of the UMS, this feature is used to prevent driver from possible collisions by ferreting out obstacles through the ultrasonic sensor and automatically control the engine’s power. This often occurs when the car is running at low speed (usually in parking lots) and the driver unintentionally presses the wrong pedal or there is unexpected movement while driving.

Meanwhile, as an upgrade of the current cruise control system, the ACC demonstrates great improvement in using radar sensors together with cruise control to detect cars in front, then automatically limits speed of the vehicle to keep a safe distance. What’s more, now drivers can set the safe distance using the steering wheel in advance.

>>> Related: Learn more about the latest version of Mitsubishi Montero Sport in the Philippines 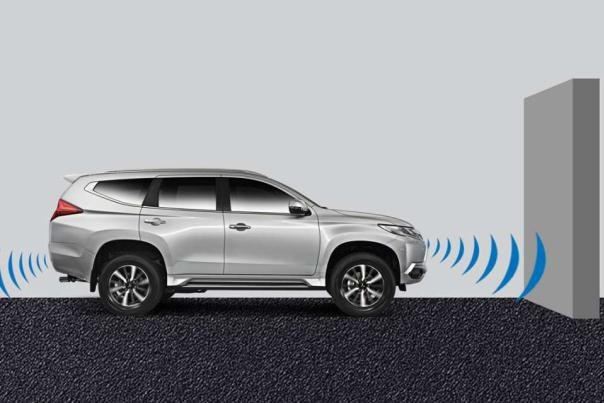 As the top-of-the-line version in the lineup, the Mitsubishi Montero Sport GT 2018 is equipped with a handful of advanced safety features. Some outstanding features include:

>>> Related: Philkotse has plenty of Mitsubishi Montero or other used cars for sale in Alaminos Laguna, check it out!

The upgraded variant is still powered by a 4N15 common-rail turbo 2.4L diesel engine. It is capable of dishing out 205hp and 430Nm of torque. The seven-seater works in conjunction with a standard 4-wheel drive and an 8-speed automatic transmission.

A brand-new top-spec Montero Sport will cost you P2,058,000. Will you visit your nearest Mitsubishi dealership now?

The Mitsubishi Montero is also listed among: