It’s only a matter of time until it finally gets here.

If you remember, Honda has already released two facelifted versions of the Honda CR-V. One is for the American market, and the other was for the Japanese market. The U.S. version came out last year and it is more angular and it features a wider lower grille.

In comparison, the Japanese version debuted with a more subtle look, which is closer to the current design of the CR-V offered in the Philippine market. The Japan-spec facelifted model is given new tools like sequential turn signal lights and other interior changes.

Why are we talking about these two CR-V facelifts again? Well, the facelifted Honda crossover will appear at the Bangkok International Motor Show (BIMS) this week. This one, however, is something more similar to the U.S.-spec Honda CR-V, instead of the Japanese version facelift. Note also that this might be the model that the Philippine market is getting since almost all models launched in Thailand eventually find their way here. 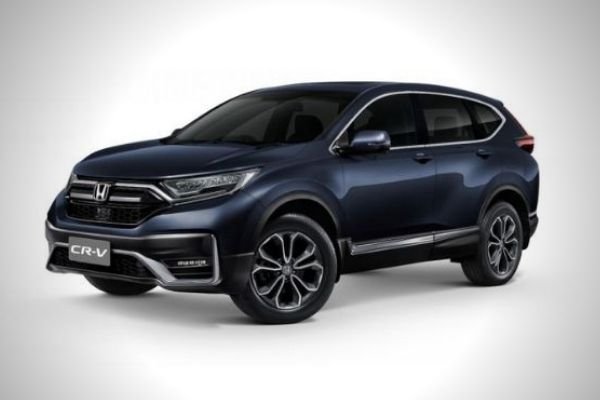 It's not a vast departure from the old design, but it's more angular than it was before

For starters, its exterior is very similar to the American-spec CR-V, which comes with a blacked-out grille and lower front bumper, as well as sequential indicators.

It also gets a set of new 18-inch alloy wheels, as well as smoked taillights, and the rear skid plate is replaced by a chrome strip. Exterior amenities include a pair of automatic leveling LED headlights, and LED fog lights. 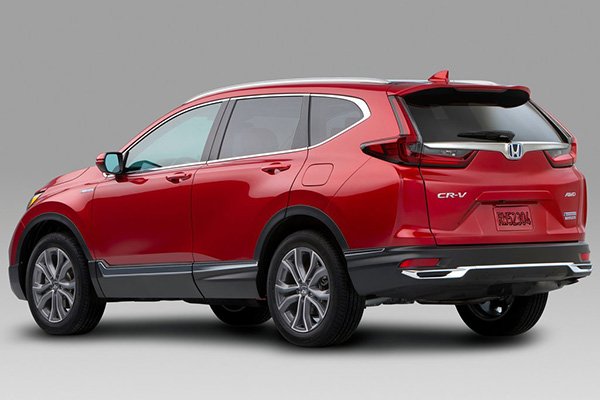 Yes, the skid-plate is indeed gone or no longer visible

When it comes to engines, most variants of the CR-V have a 2.4-liter i-VTEC inline-4 gasoline engine that makes 170 horsepower and 224 Nm of torque, which is then mated to a continuously variable transmission.

The top variant on the other hand has a 1.6-liter i-DTEC inline-4 diesel engine that can make 158 horsepower and 350 Nm of torque paired up with a nine-speed automatic transmission sending power to all wheels. And lastly, there’s the 1.5-liter VTEC turbo which the Thai market didn’t get, but it’s something that we’re wishing that’ll come here to the Philippines.

Currently, the only engine options we have for the Philippine-spec Honda CR-V is a 2.0-liter gasoline engine for the entry-level variant and a 1.6-liter diesel for the rest of the model lineup. And yes, the engines that are available with the facelifted CR-V are all new and are all definite improvements over the old engine options in terms of horsepower and torque. 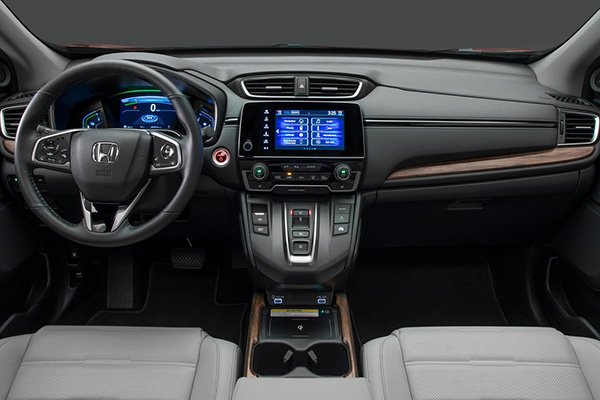 What can you say about the CR-V's interior?

With regards to its interior features and on-board tech, the facelifted CR-V can come with a seven-inch touchscreen with Android Auto and Apple CarPlay, power-adjustable front seats, keyless entry with walk-away automatic locking, dual-zone climate control, and the Honda Connect software. 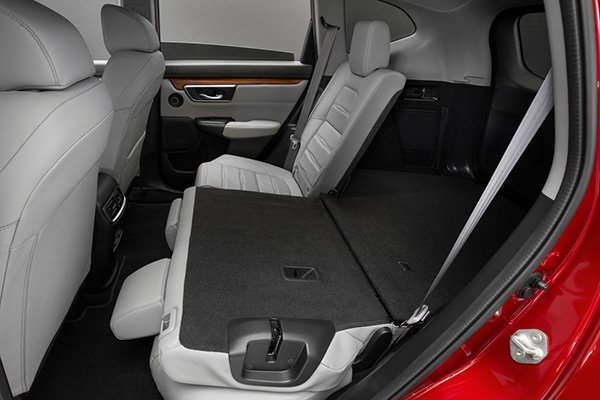 With regards to Honda Cars Philippines, there’s no word yet on when or how it will introduce the new CR-V in the country. It’s only a matter of time though, and we’re pretty sure that it will be a digital launch considering the current “climate” we are in.

Are you excited for the facelifted Honda CR-V? If you are, keep yourself posted here on Philkotse.com for more automotive news.

The CR-V 2023 is a compact crossover current sold by Japanese automaker Honda Philippines Inc. Now in its fifth generation, the model has been in existence since the 1990s. Currently, the Honda CR-V Philippines has two engine options with four variants. The first one is a 1.6-liter diesel, which can make up to 118 horsepower and 300 Nm of torque. All variants with this engine uses a nine-speed automatic transmission. The top-spec trim has an all-wheel-drive drivetrain, while the rest of the trims are front-wheel-drive.

As for the second engine of the CR-V, it comes in the form of a 2.0-liter inline-4 gasoline mill capable of producing up top 152 horsepower and 189 Nm of torque. Only the entry-level S variant uses this engine and pairs it to a continuously variable transmission. The entry-level CR-V S and the CR-V S diesel variant can fit up to five occupants, while the CR-V V and the top-spec SX can seat up to seven occupants. As for the Honda CR-V dimensions, the Japanese compact crossover is 4,623 mm long, 1,855 mm wide, and 1,668 mm high. In the local market, the Honda CR-V Philippines is competing against the likes of the Toyota RAV4, Subaru Forester, and Nissan X-Trail.