MMPC plans to release the Mitsubishi Outlander PHEV here in the Philippines in 2020. Keep reading for more!

In other parts of the world where it is available, the 2019 version of the Mitsubishi Outlander PHEV is one of the more popular plug-in hybrids.

This is due to the recent popularity of crossovers in general, it’s brilliantly sleek styling, and of course, it’s a great implementation of EV and combustion engine technologies. Now, it looks like that the Mitsubishi Outlander PHEV, as announced by Mitsubishi Motors Philippines Corporation, is coming to our shores by 2020. As for now, MMPC is yet to say exactly when.

So, what’s the Outlander PHEV bringing to the table? Let’s check out its specs!

As you might already know a plug-in hybrid comes with two engines. The Outlander PHEV, however, comes with three engines; one internal combustion and two electric motors.

For its combustion engine, it’s an Atkinson Cycle, 2.4-liter MIVEC engine that can make around 132 horsepower. For the two electric motors, the one at the front makes about 79 horsepower and the rear one makes about 92 horsepower. 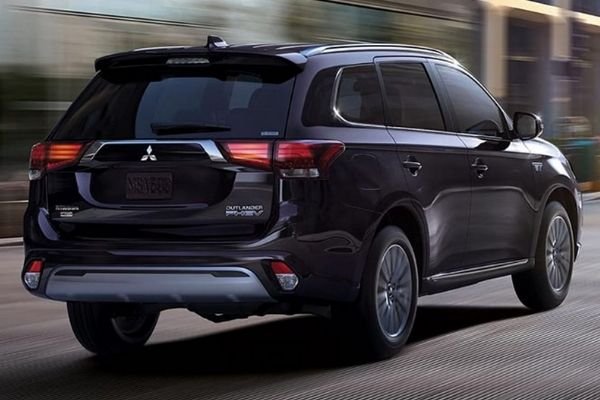 The sleek rear end reminds us of another famous Mitsubishi vehicle. Hmmm

Power is then sent to all four wheels with an all-wheel-drive system which can actively distribute just the right amount of power to correct the trajectory of the vehicle. Neat.

And then there’s the Outlander PHEV’s amazing fuel efficiency which Mitsubishi claims to return up to 55.5 km/L.

The Outlander PHEV also has a pure EV mode which has a range of 60 kilometers. The total driving range is 498 kilometers. 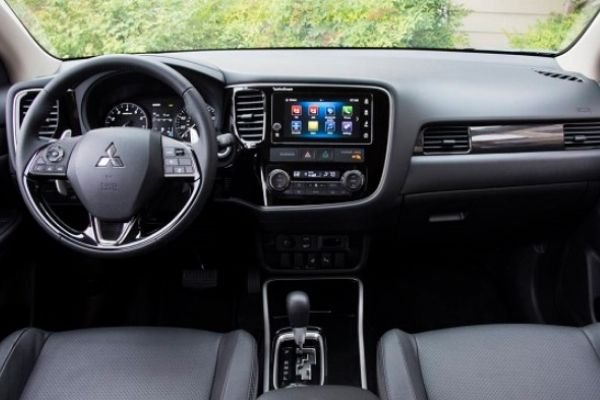 The interior of the Mitsubishi Outlander PHEV

In conjunction with the Outlander PHEV’s imminent arrival, Mitsubishi’s Dendo Drive Station is also coming to the Philippines.

It’s a facility that comes equipped with a solar power system and vehicle to home equipment. This allows electrified models like the Outlander PHEV to drive in and charge its batteries. >>> Have you known top 9 most successful electric vehicles brands in 2019?

As of the writing of this article, five Mitsubishi dealer partners have already signed a memorandum of understanding with regards to this new Mitsubishi facility.