The Japanese carmaker has made its Mitsubishi Expander 2018 one of the most successful vehicle launches in Indonesia.

Last August, Mitsubishi unveiled its Mitsubishi Expander 2018 (also known as Xpander) at the 2017 Gaikindo Indonesia International Auto Show (GIIAS). Many car experts were present at the show to appreciate the hot and cool Xpander. According to sources, the newest MPV will be a global vehicle, with the purpose of penetrating different areas and markets across the globe in the coming time.

The Mitsubishi Xpander 2018 is truly the star of the stand as it has taken over 23,000 bookings since its debut at the GIIAS auto show. Incredibly, the Japanese car brand managed to collect over 5,000 orders for the new MPV only from GAIKINDO.

The three-diamond badge held a special ceremony today to celebrate this impressive record of achievement and mark its first Expander rolled out of the company’s new factory in Bekasi, Indonesia.

Chief Operating Officer at Mitsubishi Motors Corporation Trevor Mann shared that the much awaited Xpander combines many significant factors that are basic in the ASEAN market. This next-gen MPV is expected to be one of the best entries to the future of Mitsubishi in not Indonesia alone but across the ASEAN region. 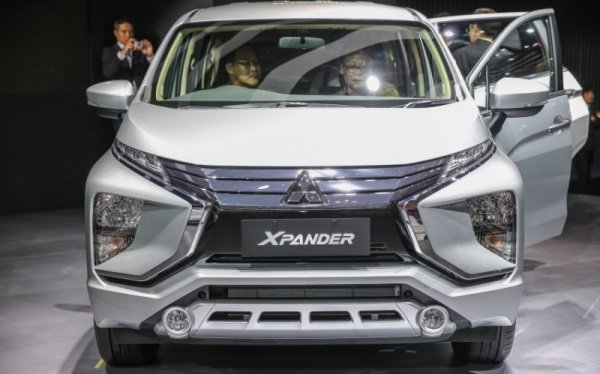 Promotion of the newly-introduced 7-seater continues in Indonesia with “special displays” in 9 places and more than 70 shows. The Mitsubishi Expander 2018 comes with an upgraded version of the 4A91 1.5-liter four-cylinder DOHC engine that puts out 105PS and 141Nm with either a 4-speed automatic or a 5-speed manual tranny.

Built in Indonesia, the all-new Mitsubishi Xpander will be exported to many key markets in ASEAN region in 2018. The MPV is all set and ready to fight back the likes of Suzuki Ertiga, Honda BR-V and Toyota Avanza.

According to car news from Mitsubishi, the Xpander is expected to make its way here early next year. If Mitsubishi stays true to all of this talk, then you are just a few steps away from booking a Mitsubishi Xpander of your choice. Record-breaking Mitsubishi Expander 2018 to come soon in the Philippines