Market analysis: Downfall in world car sales for the first half 2019

Updated Aug 12, 2019 | Same topic: Latest Consumer Reports
An update for the 2019 World Car Sales for the first half of 2019. What's currently happening in the car market? Keep reading to know more!

1. The downfall of car sales worldwide

The first semester in the United States can be described as feeble as more and more potential car owners shift away from the market favorites compact cars and sedans. This trend has impacted sales volume drastically. Americans have significantly opted to the used-car purchases instead of purchasing a new set of wheels.

The sales for new cars in the US is expected to continue with the downward trend with a tentative short of the 17 million baseline since the year 2014 also due to the ongoing financial crisis that is not only affecting the US but almost all regions of the world. Automotive analysts though are not too worried about the drastic drop in sales as they are confident that they’ve already gone past the peak of poor sales. It is nothing catastrophic, and the expectation to start bouncing back can be foreseen in the second term of the year.

With almost 17.3 million worth lower in revenue compared to 2018, the challenge to make new cars more enticing compared to second-hand cars needs to be addressed immediately, and dealers are out to get this closed out.

Thanks to consumers preferring to purchase sports utility cars and pick-up trucks, which costs slightly higher, the sales revenue is already starting to pick up and has steadily mitigated the situation.

The European market is not excluded from the downward trend that the rest of the world is experiencing. The data showing the new car registrations in the EU and EFTA sees a dramatic 8% drop for June 2019 alone.

Except for Germany who had a stellar car performance for the first term with 0.5% increase in car sales and registration, the rest like France, Britain, Italy, and Spain were not spared by the poor sales with almost up to 6% difference from 2018. Car buyers in Japan equally are turned off by the demanding prices, so the sales on this Asian giant is also flat for the first six months. Studies show that as of June of this year, the car market is lower by 2.2% compared to the sales of 2018.

For the previous year, the market rang with 367,000 sales; a number to beat by the Japanese car market for 2019. Let's take a look at Nissan car sales reports recently, it shows that Nissan has to come up with a new plan since it faces significant plunges in profits.

China although by far is still the largest single country when it comes to the automobile market, but because of the uncertainty regarding the import tariffs with the USA, the sales dipped and the remainder of the year doesn’t look too bright either as anticipation of going through the negative boundaries is likely to happen. The first six months of the year isn’t as colorful or as successful as expected for India either when you compare it to the first semester of 2018. India is one of the markets deeply hit as their car sales performance from January to July is tragically lower by 17.5%.

The previous year is one of the most active years in the history of India, so Philkotse.com thinks that to reach that level is challenging enough what more exceeding the same goals.

Weaker by 3.3% when it comes to car sales performance compared to last year, Russia’s power is definitely not at its strongest this year. The car sales from January to July tapered off by almost 2.4% and only sold a total of 828,800 vehicles.

With all the poor sales performance and significant downward trend all across the globe, a sales boom happened surprisingly in Brazil. Brazil is also considered as a considerable car market, and it is the only one that expanded its sales.

Growth and increase in lightweight vehicle registrations soared by nearly a whopping tenth just for June 2019.

With the dismal performance for the first six months, major car manufacturers are accounting job cuts, battered trade wars, and tariffs, factory lazing and the rising cost of the newest technology trends as major factors that affected sales. 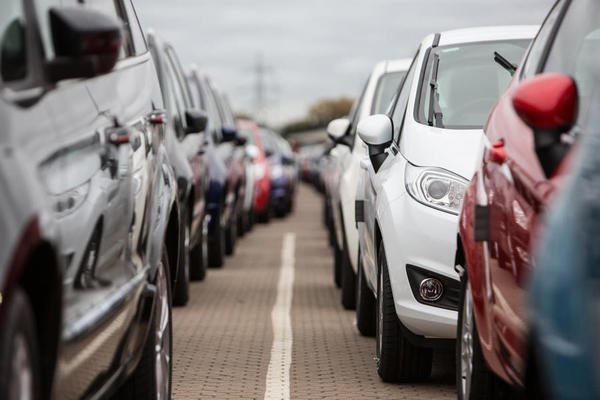 3. What are the ways out for this unintriguing trend?

Although yes, the car industry started flat, the sales performance is expected to pick up due to the back to back holidays where consumers are waiting for additional finances to come their way as well as the timing where newer models are expected to make their debuts on the market.

The car industries worldwide are banking with the fact that year-end sales and promos at the last three months of the year are inevitable, so it will lure consumers into making their car purchases before the year changes.

Car dealerships and brokers would have to work overtime when it comes to advertising and ensuring that ads and campaigns can get the attention of their holiday consumers.

This is one of the best time to buy cars. Why? Because this is when and where the price of older models tends to go down as every dealer is keen on making sure that old inventory won’t be carried over to the new year.

Newer models are also fastened to be released by the end of the year, and car enthusiast usually looks forward to these upcoming models too. Like the previous years, the car industry will always have its ups and downs. The trends either go high or get reduced, but like always, there would still be that perfect time for it to bounce back to end the year strong. It’s just the first six months of the year, and six more months are remaining, which can definitely make a difference.

Communicating to the consumers the features, advantages, and benefits of buying a new car should be provided emphasis coupled with the message that every individual can find a car that would best suit their needs.

It appears that all car dealers and brokers will have a busy six months ahead of them so 2019 can be concluded with above-average performance.

Keep yourself updated with the latest news in the auto markets.