Is 2020 Subaru Legacy still available in the Philippines?

Mar 27, 2020 | Same topic: Auto Industry: Latest Updates
An overview of the 2020 Subaru Legacy and the status of its availability in the local car market.

Introduced way back in 1989, the first-generation Legacy was introduced to compete against the Toyota Camry and Honda Accord, two very lucrative, world-dominating midsize sedans at that time and in the present. As the years went on, however, the Subaru Legacy sedan evolved to be placed in a higher price range.

This is especially true with the recent models like the sixth-generation BN and BS variants as these are now significantly more advanced to other midsize sedans in the market due to the use of a boxer engine and symmetrical all-wheel-drive.

Last year, the all-new 2020 Subaru Legacy was unveiled at the 2019 Chicago Auto Show and it is now available in the American market. Production began alongside the new Subaru Outback at the Subaru plant in Indiana several months later in July of that year. 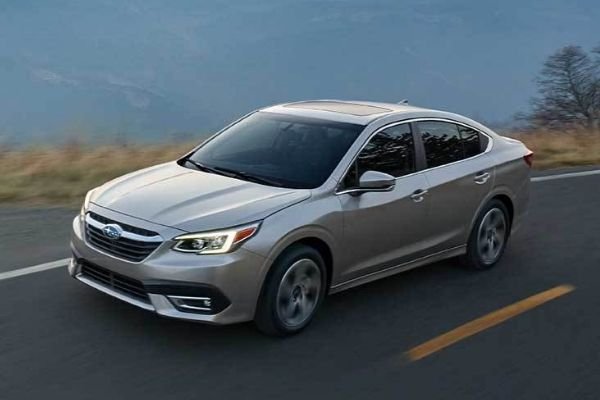 It's still subtle, but boy does it look sleek

One significant update for the Legacy is it now uses the Subaru Global Platform, which has a lower center of gravity and is stiffer as well.

Many who have gotten their hands on the new Legacy also noted that the cabin is also much better at keeping NVH levels lower than the previous version.

As with any Subaru model, the new Legacy comes with the company’s Lineartronic CVT, as well as Symmetrical All-wheel drive. It ain't no slouch either

Inside, the all-new Legacy offers a much more premium cabin, with most of the surfaces clad in soft-touch materials. Most notable however is the 11.6-inch touchscreen dominating the top variant’s dashboard. Is the Subaru Legacy available in the Philippines?

Currently, the new, seventh-generation Subaru Legacy has already hit the North American market and it’s reportedly being received quite well over there.

With regards to a local release, we reached out to Subaru Philippines to ask if the new 2020 Subaru Legacy is still available and they said that it's now out of the indent order list.

But an interested customer can still insist on buying one, provided that he or she is willing to wait. Also, there's no guarantee that this order will push through as it's subject to availability within the region. For the latest updates in the Philippine automotive industry, keep reading here on Philkotse.com.