The Toyota Corolla 1998 used to receive a 4-star frontal impact score from the National Highway Transportation Safety Administration (NHTSA). However, it had a far worse performance now compared to its newer edition.
Comparing a pair of Toyota Corollas for sale - one from 1998 and the other from 2015 might sound ridiculous. This, however, dramatically demonstrates the improvements in vehicle and passenger safety over the years. 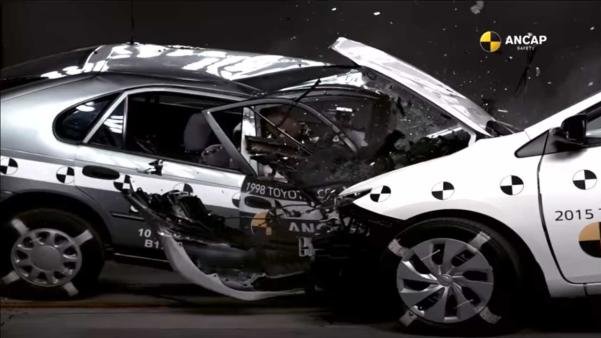 As a result, the 1998 Corolla model suffered “catastrophic structural failure” with clearly visible and severe damage to the passenger compartment. The front wheel actually pushed into the position of the driver and would certainly cause serious injuries because it doesn’t have any airbags. 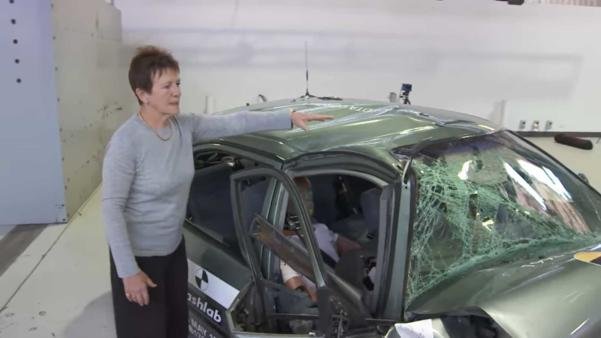 The 1998 Corolla model suffered “catastrophic structural failure”
>>> View more: Toyota to launch a rehabilitation robot
Meanwhile, the passenger compartment of the new Corolla had surprisingly little damage overall. The A pillar of the old Corolla is twisted like a pretzel. In contrast, the same area on the new Corolla produced by Toyota has some waviness up top with a slight kink. That means most of the impact was absorbed by the front with just a little transferring to the passenger compartment. 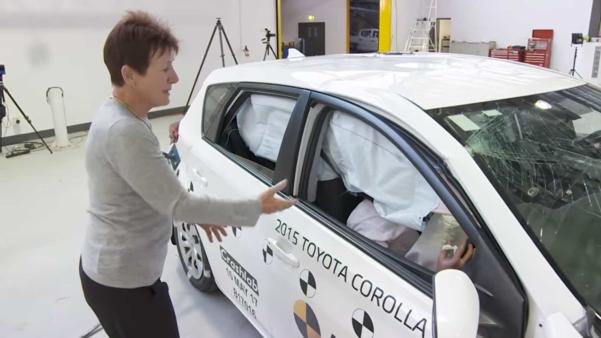 The new Corolla has some waviness up top with a slight kink in the A pillar
In brief, car safety has come a long way in over the past 15 years. Basically, the person in the newer car would sustain moderate injuries while the person in the older car would likely have died.
>>> View more: Volvo introduces three advanced features in 2018 XC60 version to keep drivers safe