Italian automaker Ferrari is no stranger to making cars that arouse the senses, as owners and aficionados can attest to. Apart from the power and performance these machines deliver, it’s the sublime designs that have placed the Prancing Horse among the pantheon of automotive greats. The critics agree of course, which is why Ferrari’s newest Roma grand tourer has been honored with the prestigious 2020 Car Design Award for the Production Cars category. The awarding ceremony was held Wednesday over the Car Design Award’s YouTube channel.

In clinching the award, the Roma bested nine other entries in its category, which included the BMW 8 Series Gran Coupe, the Chevrolet Corvette C8 Stingray, the Ford Mustang Mach-E, and the Porsche Taycan. An expert panel composed of 12 journalists from leading international car publications (including Auto& Design, which organized the event) concluded that the Roma stood out head and shoulders from the rest of the pack. It's a modernized throwback to mid-20th century Rome

“The Ferrari design team, led by Flavio Manzoni, did an incredible job with the Roma,” their verdict states. "This car reinterprets the classical lines of a Gran Turismo car and projects them into the 21st century thanks to sensual, evocative, and cutting-edge design.”

Based on the Ferrari Portofino, the Roma is the latest 2+2 high-performance coupe to come out of the carmaker’s Maranello workshops. It departs from the brand’s current aesthetic, featuring a design language showcasing La Nuova Dolce Vita (pleasurable way of life), reinterpreting the carefree lifestyle of 50s- and 60s-era Rome. 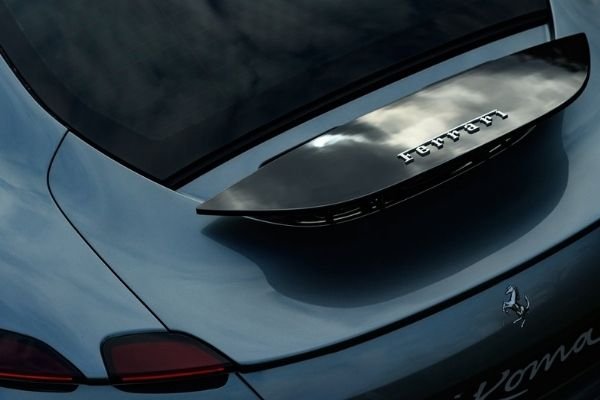 Clean, symbiotic forms define the Roma’s appearance which combines harmonious proportions and elegant shapes. The wedge-shaped nose borrows from the SF90 Stradale flagship, while the side skirts take inspiration from Ferrari 812 Superfast.

The rear features an active wing that deploys in three stages to generate downforce at high speeds. Meanwhile, the interior sports a dual-cockpit theme which Ferrari calls “2+”, with separate cells for driver and passenger. Power comes from a Portofino-sourced 3.9L twin-turbo V8, rated at 612 hp and 761 Nm of torque, and mated to an 8-speed dual-clutch gearbox. The Roma comes with Ferrari’s Side Slip Control 6.0, as well as a Dynamic Enhancer that uses the brake calipers to adjust for yaw angle, a first for a Ferrari grand tourer. The carmaker says that a number of driver-assist features will be made available for long-distance journeys.

Get automotive updates that go beyond what looks good at Philkotse.com.