It seems that it’s now itching to make its world premiere.

The all-new 2022 Ford Ranger has recently been unveiled featuring a 3.0-liter turbodiesel V6 engine along with significant design updates inside and out. Ford claims that its midsize pickup truck is the most capable Ranger yet. Aside from the Ranger’s global reveal, Ford has also teased the upcoming all-new Ranger Raptor.

The Blue Oval company pulled off a Marvel Cinematic Universe-like teaser at the latter part of the 2022 Ranger’s global reveal. There wasn’t an actual post-credits scene during the launch, but Ford added a tidbit towards the end of yesterday’s livestream. It showed an important nugget that hints at the arrival of the all-new Ranger Raptor. 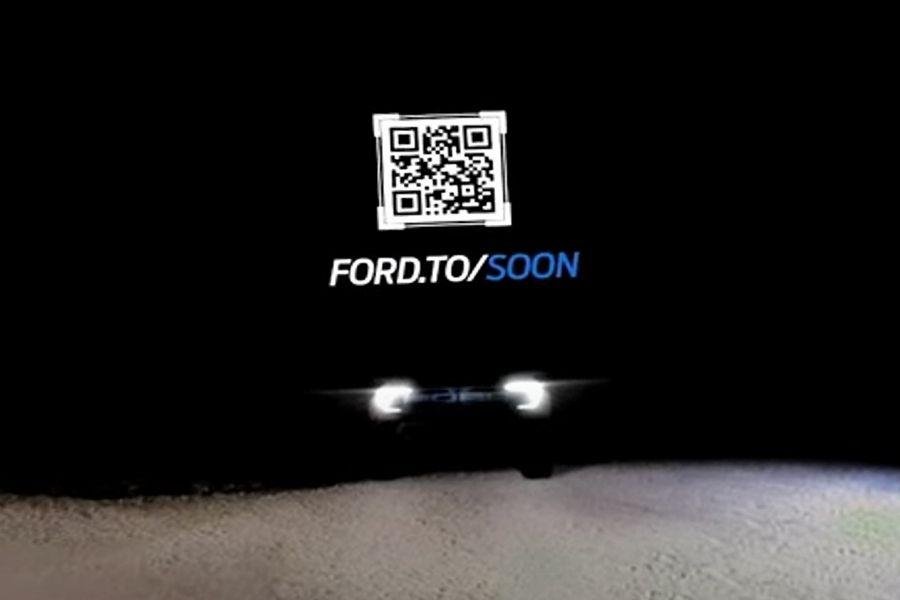 The QR code sends you to Ford Australia's website

As the camera view pans to the right, an image emerged from the darkness that’s accompanied by a QR code. Ford also showed a glimpse of the car in question, which shows a familiar-looking grille design. From the looks of it, the Blue Oval company is teasing the upcoming global reveal of the all-new Ranger Raptor.

The QR code leads you to a teaser video on Ford Australia’s website, which is the country where the next-generation Ranger has been designed and engineered. The short video clip hints that the world premiere of the all-new Ford Ranger Raptor will be on February 2022.

There were no images shown in the teaser video but you can hear an engine revving with a matching exhaust note in the background. To put things in perspective, the current Ford Ranger Raptor available in the Philippines is powered by a 2.0-liter bi-turbo diesel engine that generates 210 hp and 500 Nm of torque.

Ford has yet to give additional details about the world premiere of the all-new Ranger Raptor. For now, sit tight and wait for further announcement from the American automaker.

Philkotse gives you the latest automotive news as well as the updated specs and prices of cars available in the Philippines.

The Ranger Raptor by American truck maker Ford is the brand's entry to the pickup truck segment in the Philippines. This truck is fit for those who think the standard Ranger does not have enough presence. It comes with black composite material fenders and a frame-mounted bumper, while the grille features an enlarge Ford typography that is different from the standard model.

For quite some time, the pickup truck was being teased in the Philippine market. Ford Philippines promised that the Ranger would have a more powerful option as Ford thought the standard Range is too plain for the local market. As such, the Blue Oval company decided to improve the model's power figures and volume and provide beefier bodywork and tires, hence the Raptor.

The American automaker provided several color options for the Ford Ranger Raptor. These colors include Shadow Black, Race Red, Frozen White, Conquer Grey, and Lightning Blue. As for the engine, the truck is only available with a 2.0L Bi-Turbo diesel engine that is partnered with a 10-speed automatic transmission.