A powerful ST trim will be added to the Ford Explorer 2020 lineup!

Car enthusiasts must have been so excited with the recent introduction of the Ford Edge 2019 ST, an all-new performance SUV whose output figure is claimed to be up to 335 hp. However, good news is that another performance SUV from the Blue Oval has just been spotted while testing on the roads. Yes, we are refering to the brand-new Ford Explorer 2020 ST. 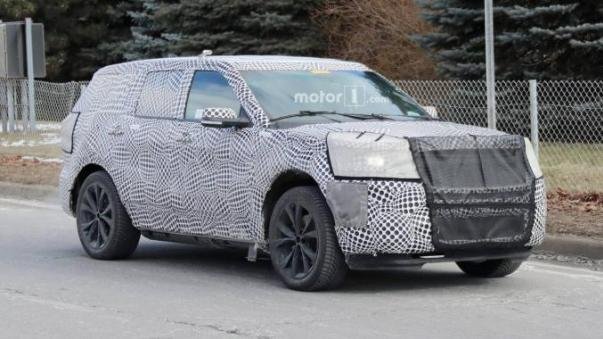 Despite the heavy cover, the Ford Explorer 2020 ST can still be recognized with significant changes in exterior design

Although wearing a heavy camouflage with the head lamps and grille are also covered behind the mesh, the Explorer ST can still be spotted with some significant changes in exterior design such as larger set of tires and wheels, and the new taillights with a redesigned light bar, giving the new SUV a distinctive appearance. The head lamps and grille are also covered behind the mesh

As per Ford's plan, the 6th-generation Explorer will be rolled out in 2020 with a handful of improvements across the range. Particularly, all variants are expected to be equipped with a new flexible CD6 platform together with a RWD bias.

The next-gen Ford Explorer will come in with 4 engine options. While the current offering of a 2.3L in-line four-cylinder engine is said to be carried over, the new 3.3L V6 engine also found in the F-150 has been rumored to be added. Undoubtedly, the most potent engine option will be given to the top-of-the-line ST variant. 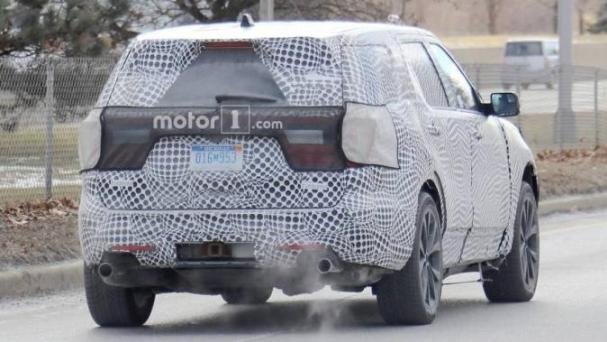 As the 6th-gen Ford Explorer is scheduled to debut sometime in 2020, its ST model will be released later on. Stay tuned and don't forget to visit Philkotse.com to keep updated with latest car news worldwide!

In case you are interested, check out the price list of the Ford Explorer 2018 in the Philippines in the below table:

Currently in its sixth generation, the Ford Explorer 2022 is a five-door midsize crossover SUV. It was introduced globally in 2019, and then Ford Philippines launched it for the local market in December 2021 for the 2022 model year. In the local market, the Explorer's sole variant is the Limited 2.3 EcoBoost 4WD AT, which comes with a Php 2,998,000 price tag.