2021 Lexus IS sedan teased ahead of June debut

Will this herald the Lexus IS’s return to form?

Update [June 8, 2020]: Lexus has moved the launch of the 2021 IS sedan from the original June 9 debut due to the current racial injustice protests happening in the United States. In a statement, Toyota's luxury arm said that it “respectfully postponed the world premiere of the new IS” and that a new launch date will be announced soon." We have updated the title of this article and other related information in the body below.

If you’re a Lexus fan, then you’re definitely familiar with the Lexus IS. It was without a doubt, one of the hottest sedans of its time back when it was initially released in 1998. This is despite Lexus being primarily known for luxury cars. It was also the time when the first-generation Lexus IS practically placed the Lexus brand within the radar of younger car enthusiasts.

The 2021 Lexus IS sedan was set to make its debut on June 9. However, due to the current racial injustice protests happening in the U.S., Lexus has decided to postpone the launch.

The Japanese luxury automaker has released a teaser of the vehicle which gives us a glimpse of the upcoming IS sedan. Lexus teased us by revealing a shadowy picture of the upcoming car’s rear end, which quite frankly reminds us of what Acura did with the 2020 TLX. 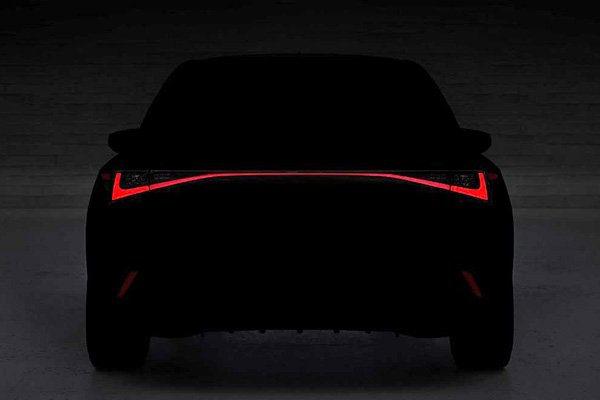 >>> Related: Lexus IS 350 2020 Philippines Review: A perfect balance of luxury and speed

What we can expect from the new Lexus IS sedan

As shown on the picture above, the new IS luxury compact sedan has been given a taillight that stretches across the car’s width. The distinctive tail light design looks sharp and futuristic at the same time. Apart from that however, there isn’t much that we can glean from the picture.

We’re guessing however, that the new IS might still use the Toyota New N Platform that the 2nd-generation XE20 IS used. Other sources however are saying that it will be switching over to the Toyota New Global Architecture-L platform. If the latter is indeed the case, then the said sedan might finally get out of what some are calling its “senioritis stage.” The current IS is a fast and cool looking car, but it isn't as agile as the old Lexus IS 200

As for engines, we’re guessing that the 2.0-liter turbocharged inline-4 might make a return for the base variant, as well as the non-turbo 2AR-FSE inline-4 for the hybrid version although there aren’t any news of that yet.

It has also been alleged by many car journos, as well as some long time Lexus fans that the IS might be getting the 3.5-liter V6 currently available on the IS 500 grand tourer. If that is the case, then the new IS will indeed become a legitimate threat towards the 2020 Acura TLX, the 2020 BMW 3-Series, and the Hyundai Genesis G70.

For news about this exciting new Lexus, stay tuned here on Philkotse.com.

Lexus IS 2021
The Lexus IS, which stands for Intelligent Support, is a compact and premium executive sedan meant to challenge the posh releases of leading European car manufacturers. It flaunts a meticulously crafted exterior designed with the perfect balance of grace, sophistication, and sportiness the Japanese carmaker is internationally known for. Inside, it is designed with a luxurious cabin with contemporary features that assures leveled up comfort, overall convenience, and top-notch safety. Lexus Philippines offers this well-built sedan in two exciting models: the Lexus IS 350 and the Lexus IS 350 F Sport. It is available in White Nova Glass Flake, Mercury Gray Mica, Platinum Silver Metallic, Sonic Titanium, Heat Blue Contrast Layering, Red Mica Crystal Shine, Graphite Black Glass Flake, and Black.