Things that go Bump-Badump - Scary sounds your car can make

Hearing the purposeful drone of your car's engine and a little tire noise as it permeates through the cabin, it's the sound of your car asking you to dump cash for a mechanic! Here are a few sounds you don't want to hear while driving!

Your car makes a lot of great sounds; Mazda has even made it their tagline for quite a while, with their “Zoom-Zoom” marketing campaign. Car fans like myself have even installed aftermarket exhaust parts on our cars to make them sound more aggressive and sporty.

While some people cell them “fart cans” (and yes, the exhaust on my car sounds like the farts of a healthy man, thank you very much), these add-ons are a result of engineering and mechanical know-how, all undertaken to make a car sound the way it does; from loud, roaring V8s even at idle, to the breathtaking whistles and hisses made by the blow-off valves on turbocharged engines.

But how about clanging sounds, loud screeches, knocking and other unusual sounds under the hood? These are enough to spook any car owner into thinking that something is wrong with the car. And in many cases, it's true. 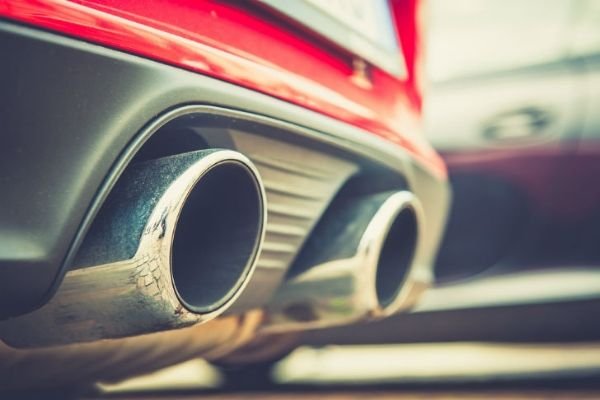 We're bringing you a list of scary sounds that you do not want to hear from your car, what could cause them and what you can do to resolve them.

1. Knocking under the hood

Whenever you hear something a-knocking, that usually doesn’t bode well for your car. Knocking commonly happens when the air-fuel mixture of your vehicle is below its optimal level.

A car runs primarily on controlled mini-explosions, which happen within your internal combustion engine. Fuel is sprayed in the combustion chamber and the air is mixed to run the cylinders. If you are running on a car that requires premium fuel and you put lower octane gasoline, the engine will remind you of your mistake with misfiring pistons, resulting in knocking. 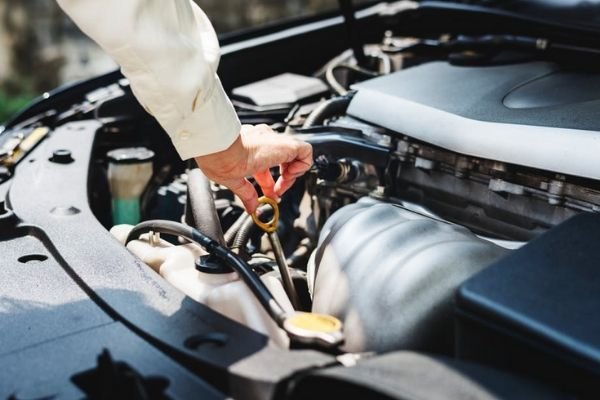 Check your engine bay for Pennywise, he might come a-knocking!

As much as possible, use the prescribed fuel octane that's right for your car. If your car requires plain unleaded gas and you fill it with a premium one, you might even end up damaging your car. That's because the engine sensor detects the high octane fuel and recognizes it as the default gas you have to put in. When the time comes for you to actually put in the recommended lower octane fuel, the car’s ECU might react negatively, causing the engine to knock even if you are already using the recommended fuel. Just stick to what the user manual recommends, and you should be fine.

If you hear a loud bang like a gunshot coming out of your vehicle’s exhaust system, your car is probably experiencing what's called an engine misfire. An engine misfire happens if the ratio of fuel in the mixture is too rich. As I said earlier, your car mixes both air and fuel in the combustion chamber, which produces a mini explosion. Modern cars control this detonation via the ECU or computer, giving off just the right amount of fuel and air every time. At times, sensor malfunctions will cause the computer to dump more fuel than it really needs, causing a larger explosions than usual and resulting in a misfire. It's a beautiful sight really, but the sound can be quite jarring!

Another cause is a clogged catalytic converter. These devices are placed in between the exhaust manifold and the exhaust pipes, and their purpose is to filter out toxic fumes from the exhaust system. If the catalytic converter is clogged or malfunctioning, it creates more pressure for the exhaust; like a rubber band, the trapped pressure then snaps out of the exhaust tip causing the misfire. This is a serious situation and you'll need to consult your trusted mechanic to have the system cleaned or checked as to why your fuel to air mixture is running lean.

3. Humming or whirring under your car

Here is where it gets tricky: there are many possible causes for you to hear this sound under your car. First, you might want to inspect your car’s differential, which allows your engine to drive the wheels at varying speeds, distributing torque on demand. 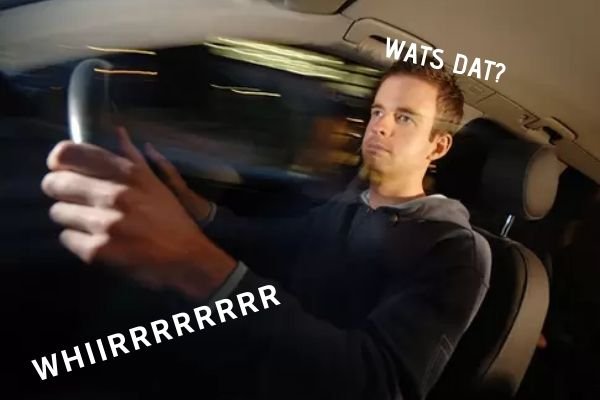 "Was that you whistling, John? Oh right, I'm alone."

I said it's tricky because the only way to be certain of the problem is by bringing it to a reputable shop. The mechanics will listen closely to the sounds your car makes when you take it for a test drive, and if they're experienced enough, they'll be able to diagnose the problem right away. Some shops have sophisticated equipment such as scan tools to check for error codes and a microphone to isolate the sound, to give them a better clue as to where it's coming from.

Squealing and chirping sounds while braking may raise concerns, but if you start to hear a grinding sound from your brakes when you hit the pedal, you should stop immediately!

Your brakes are one of your car’s most important parts, and a grinding sound during braking means that your brake pads are shot, with the brake rotors themselves making contact with bare metal. You are now basically driving without brake pads, hindering your ability to stop or slow down your vehicle effectively. 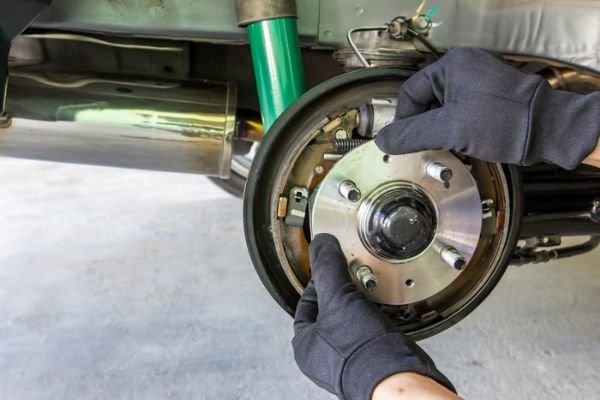 Grab your brakes like this and yell at them for squealing!

Head on over to the nearest mechanic and have your brakes checked thoroughly. Brake pads are not that expensive, and having them replaced at once will not only save your life but protect you from unnecessary expenses incurred by hitting a lamp post, a pedestrian or another vehicle.

>>> You might concern: 7 steps to deal with the car brake noise.

A sizzling sound is only good when it's coming from a hot plate of food. But when you hear that sound as soon as you stop your car, it can't be good.

That sizzling sound could be coming from a leak in your engine, whether it's from the cooling system, the air-conditioning system or even your power steering or brake fluids. Leaking fluids somewhere could be landing on the hot parts of the enginem, and the problem is easily checked by simply popping the hood and performing a visual inspection. >>> Also important to know: Dealing with Faulty Fan Belts and Their Squeaking Sound.

As the fluids in the engine are supposed to be under compression, you can even perform a simple pressure check on them; simply look around the engine bay and listen closely to locate the source of the sizzling sound.

There you have it folks, the five most common and most asked-about awful and scary sounds emanating from your car. I'd like to reiterate however that this is simply a guide to give you an idea about what could be causing these sounds, as a first step to properly diagnosing whatever your car’s issue is. As always, it's best to visit your trusted mechanic and let him help you determine the best course of action.

And, never forget to follow Philkotse.com for more news, reviews, and insights on Philippine motoring.