Drive belt vs timing belt: What are the differences?

Both are crucial parts and you can’t just drive without either.

What is a drive belt?

A drive belt or serpentine belt is a part of an engine that’s responsible for driving a car’s essential parts. In conventional engine designs, these are located outside the engine and are made out of rubber.

As its name suggests, it’s a single continuous belt that’s driven by several pulleys and is powered by the engine’s crankshaft. To avoid slippage, the belt also runs through idler pulleys. A drive belt is responsible for powering a car’s essential parts. These usually include the water pump, the air-conditioning, power steering systems, and the alternator. Most engine designs also use the drive belt to power the engine fan.

>>> Related: Drive belts - What you have not known and what you need to follow

According to manufacturers, a drive belt is good for around 80,500 kilometers. Depending on driving conditions though, it might fail prematurely.

Symptoms of a faulty serpentine belt

In the early stages of a failing drive/serpentine belt, you’ll notice a loud, squeaky, and sometimes even screaming noise emanating from your engine bay.

In worst cases, you’ll experience even worse symptoms like overheating, loss of electrical power, or the loss of air-conditioning. A worn-out drive belt compared to a newer drive belt

Also, if you can see that your drive belt has cracks or missing some chunks, replace it immediately.

In the Philippines, the cost of replacing a drive belt can vary depending on where you’re buying it, and where you’ll have it fitted in.

If we went by the ones sold on local e-commerce sites like Lazada PH, a drive belt can range from Php 1,500 to Php 2,000 depending on the brand and car model.

If you’re planning to acquire the services of a dealership’s repair department, it's going to be expensive. For most cases, however, it is worth it.

What is a timing belt?

A timing belt is a long continuous length of rubber that links together the crankshaft/crankshafts to synchronize their rotation. To do that, it comes with hard teeth which then interlock with the cogs of the camshaft and crankshaft.

Unlike the drive belt, a timing belt is located inside a compartment.

For combustion engines, timing is important. The flow of exhaust gases, the spark, and the introduction of fuel/air mixture should all happen at the right time. In order to keep all of these in sync, a timing belt governs the movements of both the camshaft and craft shaft. >>> Related: Serpentine Belt vs Timing Belt: What are the functions and differences?

Symptoms of a faulty timing belt

When a timing belt goes bad, the engine will have trouble running smoothly. You’ll either have very rough idling, misfiring, or loss of oil pressure. The worst thing that can happen to an engine with a bad timing belt however are broken pistons or valves.

As with drive belts, the cost of replacing a timing belt will vary. Most often than not though, timing belts are more expensive to replace as they might need some disassembly. More on this later.

Physically, a timing belt has harder, deeper teeth than a drive belt. Most timing belts are also thicker and stronger than the latter.

In terms of function, the timing belt, as its name implies, is in charge of keeping the engine’s internals synchronized. A drive belt, on the other hand, is responsible for powering the car’s alternator, AC, water pump, etc.

As we’ve said, the drive belt and timing belt are found in two different locations inside the engine bay. The drive belt is easier to find because most often than not, it is outside the engine. The timing belt, on the other hand, is usually contained inside a shield or a timing cover for protection.

In general, a timing belt will cost more to acquire than a drive belt. You’ll also need to fork in more cash when replacing the timing belt since you might need the assistance of a mechanic.

What happens if they break? Drive belt vs timing belt: How to replace

To replace the drive belt, it’s as easy as loosening the idler pulleys and tensioners, pulling out the defective drive belt, setting the new belt, and then tightening what you loosened again to provide tension.

However, it’s more complicated to replace a timing chain. First, you’ll need to disassemble the front section of the engine. Next, check the pulleys, idlers, and tensioners. More often than not, these are the cause as to why a timing belt has slipped or prematurely broke. 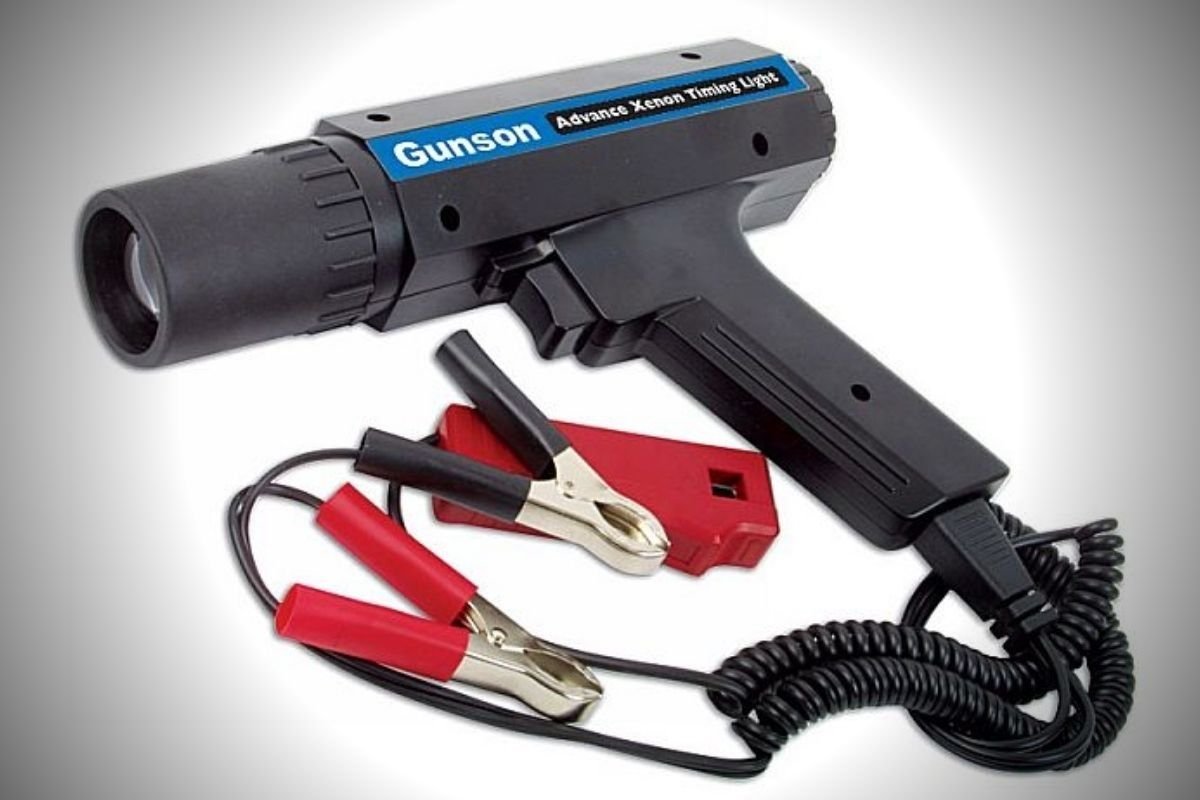 When replacing timing belts, you might need a timing gun [Photo: Gunson]

With that done, loosen the tension on the timing belt and then replace the belt and/or other damaged parts.

Then you’ll have to test and set the valve and camshaft timing. Depending on the mechanic, this can take a while. If he/she has a timing gun, then it’ll be easier.

Drive belt vs timing belt: Timing chains might be better

To conclude, both the drive belt and timing belt are important components of the engine. With either of those broken, you can expect that your car won’t start.

In the case of the timing chain, forcing an engine to run might even cause broken internals, which in most cases are even more difficult to fix. They also look similar to the chain found on the drive of a motorcycle. As such, they’re sturdier and will last for longer periods of time.

Models that use timing chains instead of a belt include most BMWs, the Chevrolet Corvette, some models of the Honda Jazz, any Mazda model with the Skyactiv-G engine, 1990 to 2001 Toyota Camry, Toyota 86, Subaru BRZ, Toyota Celica, 2008-2012 Toyota Land Cruiser, among others.

1. Is the drive belt more important than the timing belt?

Answer: Both the drive belt and timing belt are crucial to the operation of a car. If either is broken, your car might not start at all.

2. Where can I buy a replacement timing belt/drive belt in the Philippines?

Answer: You can purchase a timing belt from local e-commerce sites, your car brand’s casa, and many authorized car parts shops.

3. Why don’t all cars use a timing chain instead?

Answer: A timing belt is cheaper to mass-produce than a timing chain. So in order to keep costs down, most cars come with a timing belt.

4. What if my timing belt snaps while driving?

Answer: If a timing belt snaps while driving, you might lose power, or the engine will suffer a catastrophic failure.

5. What if my drive belt snaps while driving?

Answer: If your drive belt snaps while driving, your car will eat up all the stored power inside your battery. If that runs out, the car will stop operating. You might also lose your air-conditioning, and/or your engine might overheat.