Feb 18, 2020 | Same topic: Handy maintenance tips
This is what you need to know about the car alternator and the signs and indications that it's already failing.

The alternator is an important part that plays a vital role. So, having a damaged one in your car can be worse than not having one at all. In fact, a failing alternator can be a reason for you to ask yourself if you’re doing enough maintenance on your car.

The good news is that a defective alternator doesn’t just happen. It suffers wear and tears, just like most parts of your vehicle. So, before it completely fails, you will most likely get a sign (or a few more than that) that your alternator is on its way to the dumpster. To get a better idea of what we’re talking about, Philkotse.com gathered all that you would need to know about the typical car alternator. Take a look at everything you need to know:

What is a car alternator?

Your automotive charging system is composed of three vital components. These are the battery, alternator, and voltage regulator. The alternator’s job is to work with the car battery.

These two elements generate power, so there’s some for your electric components to use. Some of the electrical components in your car that uses this power are the interior lights and the exterior ones as well.

The alternator is named that way because of the alternating current or AC. The alternator’s job is to work with the car battery

What does an alternator do?

Electromagnetism is used by the alternators to produce AC through the vehicle’s stator and rotor. The electricity is then channeled to the battery.

This is where it provides voltage to enable your car’s electrical components to work. The goal of the alternator is to provide power to the car battery. This also continuously charges the battery. 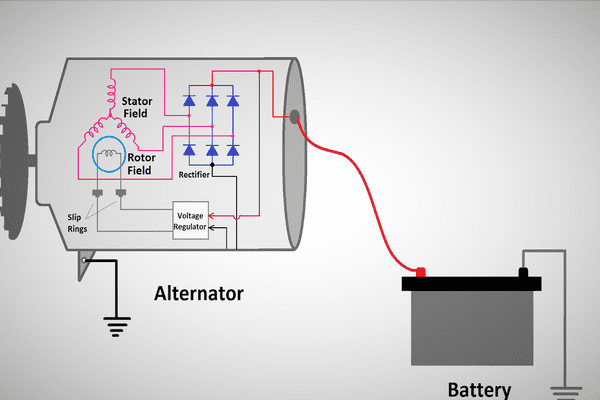 How does an alternator work?

Alternators are usually found close to the front of your engine. These are driven by a crankshaft that converts the typical up-and-down movement of the piston.

That movement becomes a circular motion. A lot of the alternators out there are mounted on car engines. This is usually attached using a car bracket that bolts to a particular point right on the engine. Alternators are usually found close to the front of your engine

>>> Check out: 5 simple steps to get your car alternator checked in a proper way

How do I know that my alternator is failing?

If you notice that something is wrong with your vehicle but don’t know which part exactly is defective, check the signs below. If there are more than two of these signs that are present in your case, you may very well be facing a problem with the alternator.

1. Having difficulty starting the vehicle

If you noticed that you’re recently having some trouble getting your car started, it might be a problem with the alternator. An obvious indication is if the sound turns and turns and then fails to start multiple times, have your car checked.

This is usually a sign that the brushes are no longer reaching the coil where it should be. It may also be an indication that the vehicle’s voltage regulator is not functioning properly. 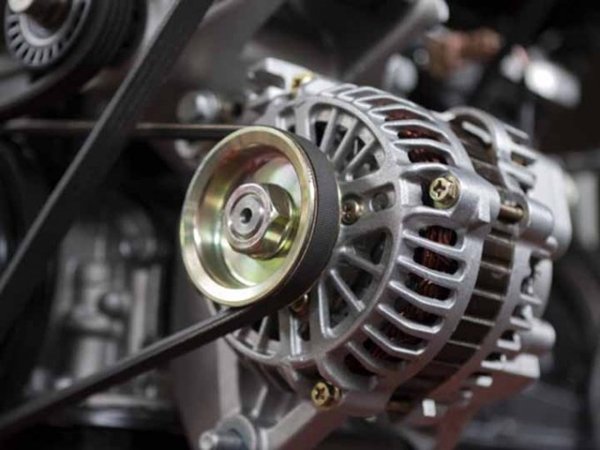 If you noticed that you’re recently having some trouble getting your car started, it might be a problem with the alternator

If your vehicle dies out or has a hard time starting every time you need it, check the alternator. If you think your battery is fine and even had it tested, this doubles the need to check your alternator.

The possible cause for this is that the alternator isn’t able to charge your car battery at all. If the battery is drained and requires a casual jumpstart more than four times a week, you could end with a damaged battery.

If this happens, you may end up having to replace both the alternator and battery. In some cases, you will need to replace the starter too. 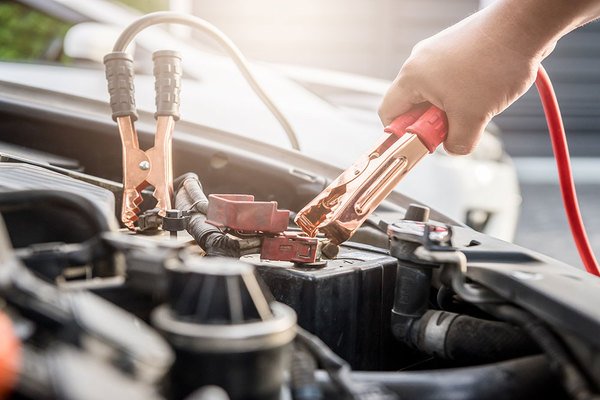 If your vehicle dies out or has a hard time starting every time you need it, check the alternator

3. The smell of burnt rubber

This is the sign that will usually be less common than the other in this list. The rubber smell can come from the alternator belt that is somehow unable to rotate freely on its pulleys.

The friction in this prevented motion will eventually be too much for the belt to handle, so it heats up. Though you may not be able to experience this immediately, you will eventually notice this if the situation gets worse.

If you started your vehicle and realized that the lights are dimmer than usual, this could be because of your alternator.

The lights that are usually affected by a faulty alternator are the dash lights, headlights, and dome lights. But your radio and other illuminated parts of your vehicle may also start to grow darker. If you started your vehicle and realized that the lights are dimmer than usual, this could be because of your alternator

If that is the case, then your alternator may not be able to completely handle the load of powering up all the electronics just like it did before. Another sign that this is the case is if the mentioned electronics also seem to blink, dim, and brighten when you press the accelerator.

>>> Find out more: Car lights and the importance of checking them regularly

An unfamiliar noise coming from the vehicle’s alternator is also a strong indication that there is indeed something wrong with it. This noise could resemble a somewhat whining or grinding sound that may become relentless.

The grinding sound is usually because of dirty and broken bearings. A whining sound can be caused by the voltage regulator demanding more charge from the alternator at a given time. So, if it’s a whining noise that you hear, you may need to do a check on both the battery and the alternator. This will narrow down your problem way faster.