Updated Aug 04, 2020
Your car interior light stops working. Don't be stuck in the dark with these useful tips.

Lighting is one of a car’s essential features, whether it’s exterior or interior. Having properly functioning lights on a car not only makes the vehicle safer, but it’s also convenient for everyone on board.

This article from Philkotse.com focuses on your car’s cabin lights and how to deal with instances when they start to malfunction.

1. What are the car interior lights?

Car interior lights can refer to several things. The dome lights, for example, are often situated overhead and brighten the car’s interior at night.

Map lights are located closer to the windshield, between the sun visors, and are primarily designed to facilitate map-reading (although they are largely vestigial these days with the prevalence of Waze and another navigation application that use a backlit screen).

Instrument panel lights enable drivers to glance at the gauges easily in the dark, the brightness is usually adjustable to help reduce glare that strains the eyes. 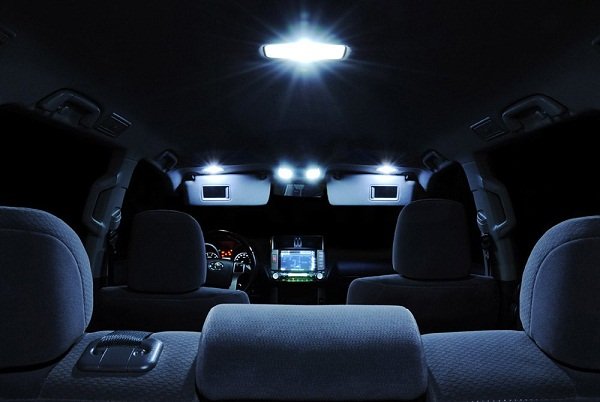 Higher-end cars feature mood lighting such as on the center console and cupholders, footwell lights that aid in ingress during the night, and special courtesy lights that welcome occupants with a projection of the vehicle’s logo each time they open the door.

The more sophisticated the lighting, the more complicated the circuitry involved, especially if it can be controlled by multiple switches. It sounds fancy, yet it also means that there are various ways for these lights to potentially fail.

>>> Read more: About your car lights and wipers.

2. What to do when interior lights stop working

Having interior lights fail is not only annoying, but it can also be a serious safety issue. While there is no one single reason why the cabin lights would fail at a given instance, you can always use the process of elimination to narrow down the causes and reduce guesswork on your part.

At the very least, you’ll need a flathead screwdriver and a test light, while following the steps below.

How To Fix Your Dome Light

Start by checking the dome light

When you notice that the car’s interior lights are failing, the first clue is to take a look at the dome light, which is the easiest to fix among the rest of the lights in the cabin.

Normally, a problem with the lighting arises when someone else other than the drive has been using the dome light or the dimmer switch. This could result in the rest of the interior lights not working every time you open the door.

You might need to push different button combinations for the interior lights to come on, but it will depend on how the interior lights have been specifically wired. If the car has a dimmer switch, you may want to try to rotate it; doing so will cause the dimmer to click, which indicates whether it was left in the “on” or “off” position. 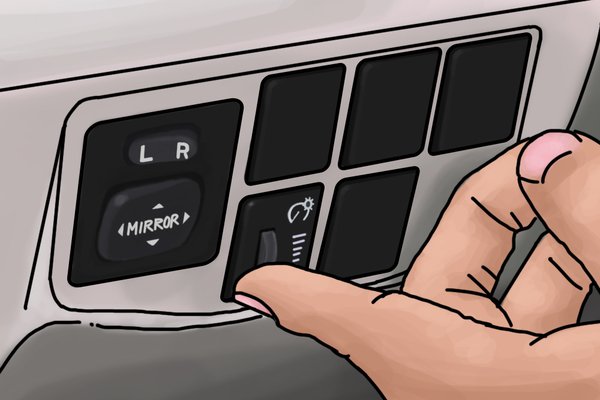 While adjusting the dimmer in different positions, you can try operating the dome light or other lights with their respective switches. If the lights still wouldn’t come on, then you may be dealing with an actual line failure.

If you notice that all the lights in the interior are not working yet the radio or stereo still work, it’s a sign that a blown fuse could be the problem. You’ll need to access the car’s fuse box, which is either located inside the engine bay or under the dashboard, depending on the model.

A light fuse can still look fine even if it's already blown, so the best way to confirm it is by using a tool such a test light or a multimeter. If you do have a blown fuse, you have to replace it with the same type, or else, it can damage the car’s wiring.

In most cases, it’s the fuse that is the problem

If you’ve already replaced a blown fuse with a new one, and it still ends up blown, a short circuit is a likely culprit.

Normally, shorts can be traced back to areas where wires are repeatedly crimped or bent, fraying the insulation and exposing the copper material, so the best places to start checking are the lights situated in the door or the map lights under the sun visor.

Short circuits are not always obvious to the untrained eye, so it’s usually best to call in an electrician. In some cases, car owners can still handle short circuits

A bad door switch is the last point of failure affecting the entire interior lights of your car. Most cars have these types of switches situated in the door jambs, which is why they are also called door jamb switches.

If a door switch is working fine, the interior lights will come on when you open the door and then shut off when the door closes. Door jamb switches are often covered by a rubber boot that can be pried off using a flat screwdriver, and they can be unscrewed or unbolted.

Test the switch using the multimeter. With the switch connected to both terminals, try activating the switch. If the multimeter shows no continuity or change in readings, you probably need to have the door switch replaced. 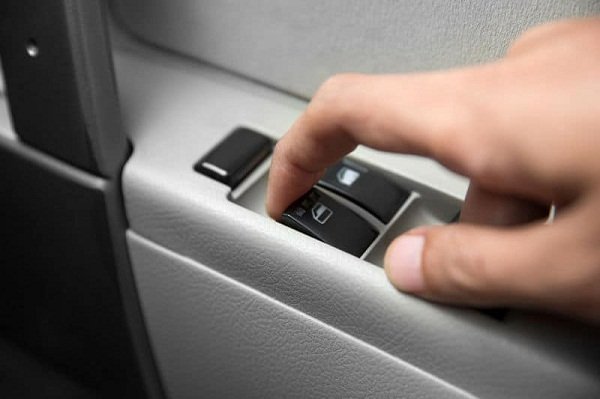