8 common signs of a bad throttle position sensors & how to fix it!

Updated Aug 04, 2020 | Same topic: Handy Maintenance Tips
A bad throttle position sensors (TPS) can result in poor fuel economy and some safety hazard for drivers. Read on to know symptoms telling your TPS is in trouble and how to fix it!

Throttle position sensors are attached to the throttle body, which is responsible for letting the air into the engine to aspirate. It detects the amount of air let in for burning, and the car ECU will use the information to feed in the right amount of fuel into the injectors. One thing to remember is whatever fuel is feed to into fuel lines and into the fuel injection systems is not important!

Whether high-grade or cheap fuel is used; the car throttle body and the throttle position sensors control how much fuel is fed; regardless of the quality! However, most drivers are ignoring the necessity of it to the fuel system.

When most people worry about how bad fuel efficiency gets or there seem to be an unusual thing; happening when the car runs. Fortunately; this part of the car is accessible, and some DIYer’s would opt to get some elbow grease and do something about it. Compared to other ECU function this can be dealt with, but some may opt for a more professional job if not confident enough though.

So what symptoms tell that your car throttle position sensor is in trouble and how to deal with it? This article from Philkotse.com will cover you with many helpful tips. Let's check out!

I. 8 common signs of a bad the throttle position sensor

When the throttle position sensor displays problems; it may be registered at the same time. If there is more than one indicator firing off, or just one at a time. It does happen, the car will still run, but not shut down which is good.

Inconsistencies with fuel burn and the car ECU, no getting the proper readings will make it difficult for the engine. Increase or decrease of air fed into the intake; the erratic amount of fuel injected, and a chance for more heat than normal inside the engine.

1. The engine warning light is on

If the warning sign is lighted up anytime while driving; stop and have your car checked by a technician or it can get worse. Driving in this condition may offset other problems, check the running condition at all times and don’t prolong replacement or checking it!

2. Car bucks and jerks while accelerating

3. Surges when the car is idling

Normally, cars when idling should have a constant idling speed. When any car that revs while idling means that it may be the TPS sensor cannot tell the ECU; if the throttle is closed or partly open. This happens when the throttle opens up; if the ECU gets the wrong input from the throttle position sensor that is malfunctioning.

4. The engine suffers sudden stalling, out of nowhere

This causes the most inconvenience when any car will stall; when moving or idling at any given time! Wrong inputs from the throttle position sensor will cause inconsistencies in the input that should supply oxygen and fuel to the fuel injectors. It causes mixed reading, leading to the car ECU problems that result in stalling the engine. This is important to note because when a spending surge happens when speeding slowly; it can be dangerous. It simply that the random surge is caused by wrong sensor input! Which is dangerous when a car upfront is too close for comfort. If it happens once; have it checked for safety.

6.  Gear shifting is problematic when the car is in motion

The speed of the cars is important for the ECU to command the transmission sensors when to shift at the right time! When conflicting commands due to a sensor malfunction, can happen with computer controlled shifting like CVT and DCT.

7. Fuel economy is the pits and not good!

If the throttle position sensor issues with it; the first casualty is the fuel economy and efficiency because it sends the wrong input. Wrong input that causes havoc with the amount of air and the fuel injected into the intake. This will affect other aspects of the car in time as well!

8. Problem with ignition timing of the car

This problem caused by throttle position sensors because of the wrong amount of air and fuel igniting because of the spark plugs. Ignition timing must constant to allow the engine to operate consistently, and any off timing can affect it severely. 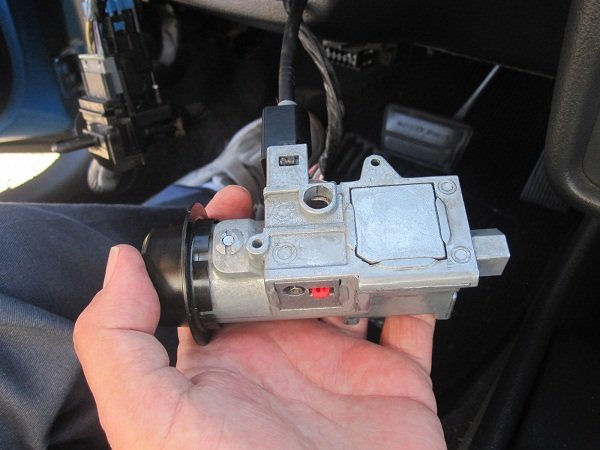 Ignition timing must constant to allow the engine to operate consistently

II. How to disassemble and replace the throttle position sensor

After diagnosing that a replacement is needed; it’s either DIYing it spending more for a qualified technician. The instructions point out an easy to follow and do the process, but that depends if the car owner is up to it! Do all these; replacing the throttle position sensors. 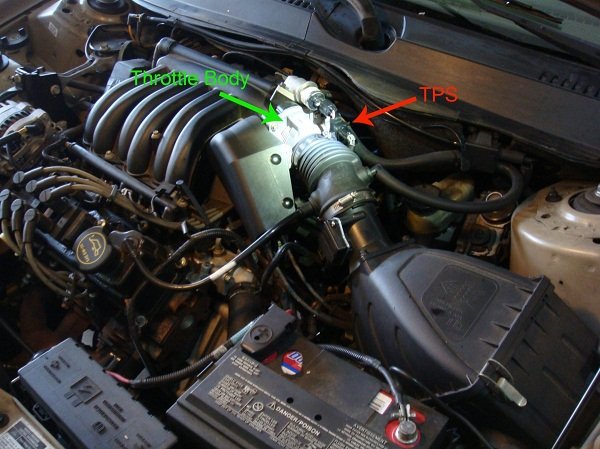 TPS is located at the bottom of the throttle body Remove the throttle sensor position out of the chamber

#Step 3: Use an anti-slip solution to enable easy removal from the throttle chamber, or when needed to replace it. Use an anti-slip solution when needed to replace TPS

#Step 5: Reconnect the throttle sensor harness, and restart the engine when done.

#Step 6: If the outage voltage is okay, then tighten all bolts for the complete installation of the throttle position sensors.

For most drivers; problems with the throttle position sensor are rather exotic compared to more common problems. Hopefully, this primer will help in resolving problems with it!