Come April 20-23, the 26th TransSportShow will bring a new set of exciting vehicles to many Filipino car enthusiasts
For many car lovers, summer usually means one thing: annual motor shows. Perhaps the warmest time of the year is also the prime time when many exhibitions and test drive events are staged for so many Filipino car enthusiasts. As the oldest running car show in the country, one name has stood out and withstood the test of time: TransSportShow. This year, the show officially opens its doors to car fans starting Thursday, April 20, at the SMX Convention by Mall of Asia.

From its inception in 1992 by TradeShow International, Inc. (TSI), now TransSportShow has evolved into a successful brand, transcending its category as just a general automotive show to becoming part of Filipino car enthusiasts’ culture. As the oldest running car show in the country, one name has stood out and withstood the test of time: TransSportShow

“When we launched the ‘My TransSportShow Story’ campaign last year, it began to revive countless memories by show patrons since the early ‘90s – a truly heartwarming revelation for us now that we'll culminate our 25th Anniversary this year,” said Sophie delos Santos - TSI President.

This year’s TransSportShow will feature two iconic personalities of Honda Spoon Sports namely Tatsuru Ichishima (Spoon Sports founder) and Daijiro Inada (Options Magazine). The 4th Tour de Cebu will also be launched - the event was itself a place where some of the most historic sports cars get to stretch their legs in a 1,000km run around the Visayas. 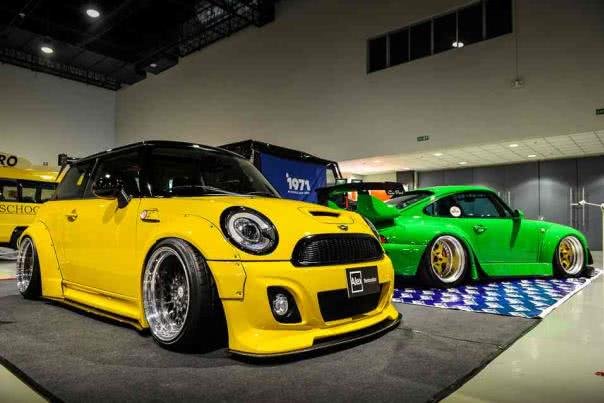 TransSportShow has evolved into a successful brand

For the first time ever, MOTO BUILS PILIPNAS, a motorbike show and Bike Build Off organized by Makina will be held simultaneously with TransSportShow. The 26th Edition of the longest running car in the Philippines will be co-presented by Phoenix Petroleum.