The event is where teams of 2 to 6 drivers compete 4 hours non-stop around the track. The goal is simple, the team that covers the most number of laps after 4 hours wins the race. This motorsport event will serve both as the proving ground and prerequisite for the upcoming 8-Oras ng Pilipinas later in November.

Registration is now open at a fee of P30,000 per entry. However, there is an early bird discount of P5,000 for those who submit on or before May 15. 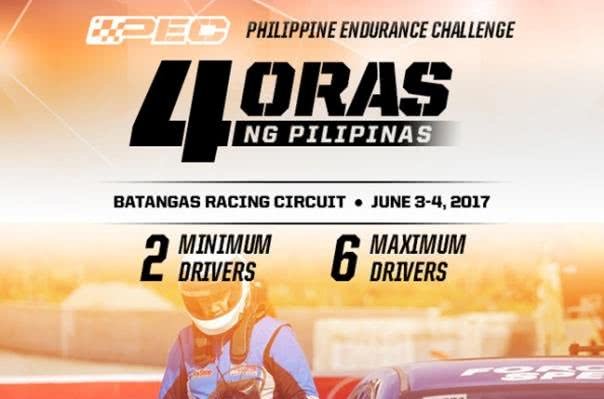 The event is where teams of 2 to 6 drivers compete 4 hours non-stop around the track
A team may choose to enter in any of the 4 categories which will include the RP Class wherein race cars can duke it out. In detail, slightly modified street cars join the FM-1 or FM-2 Class divided according to horsepower. FM-1 is for the said cars with more than 150 horsepower, while FM-2 is for cars below 150 horsepower.

Meanwhile, Manufacturer’s Cup is exclusive for stock vehicles with no modifications except for safety equipment. This gives everyone the chance to participate in this event.