The 2017 Binibing Pilipinas pageant showcased the stunning physique of each beauty contestants.
The candidates of the prestigious 2017 Binibing Pilipinas beauty pageant provided a stunning visual display to onlookers as they toured the streets of Cubao area for the annual Parade of Beauties. And this year, the Miata Club Philippines (MCP) once again supports the beauties, playing the part of eager chauffeur.

The pageant contestants from across the country and VIPs were served in around nearly sixty Mazda MX-5s from various generations. No less than the car’s owners themselves played driver duties to the contestants who gamely smiled and waved to the crowd. Besides the beauties, the event also witnessed the breathtaking appearance of the iconic car which has been the exclusive ride for the parade since 2008. 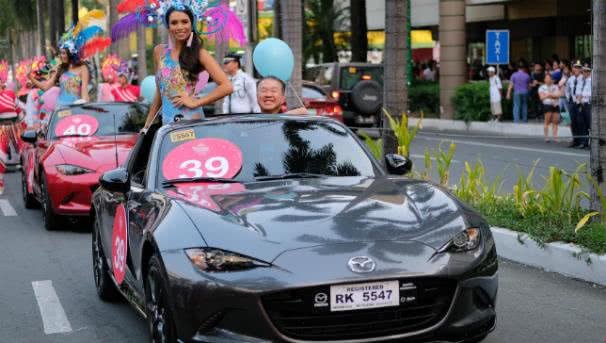 The pageant contestants from across the country and VIPs were served in around nearly sixty Mazda MX-5s from various generations
Apart from seeing the striking candidates, the event likewise saw the all-new Mazda MX-5 RF, the hardtop version of the current generation MX-5. And some of the pageant contestants were among the lucky ones to ride it, since it launched at this year’s Manila International Auto Show.

“Mazda Philippines has always been supportive of MCP’s various activities,” Bermaz Auto Philippines president and CEO Steven Tan said. “Club events such as these enhance the MX-5 ownership experience and further strengthen the emotional bonds between the cars and their owners.” he added. 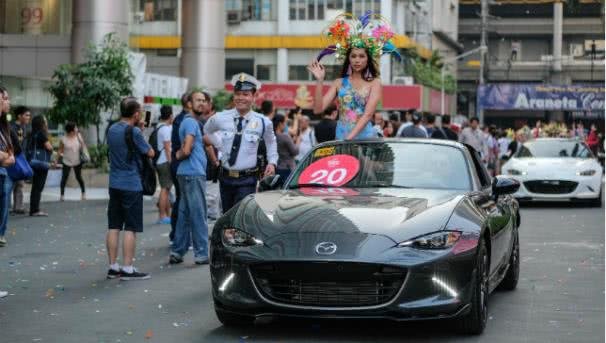 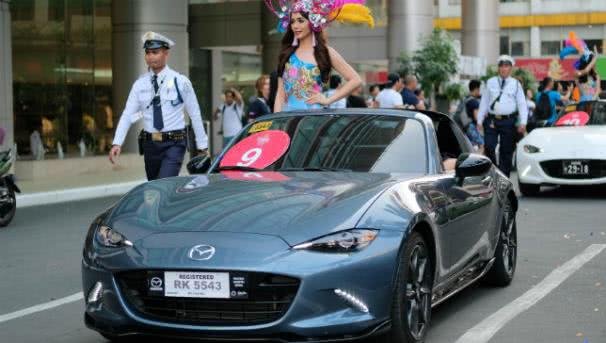 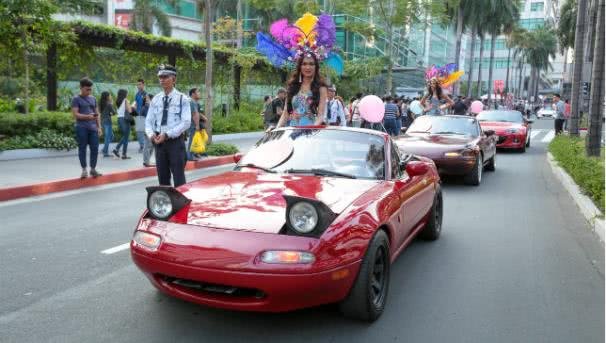 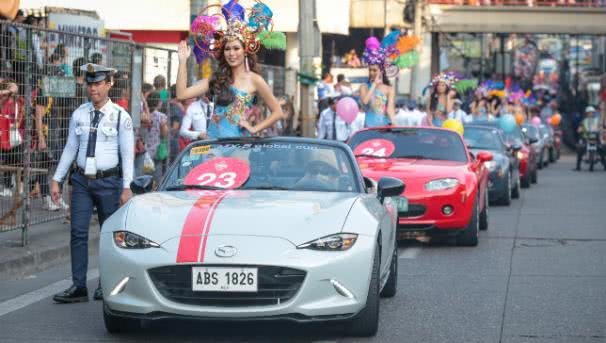