The tough-looking Toyota entry-level SUV vs the Ertiga-based Suzuki crossover – which is better?

With the introduction of the Suzuki XL7 to the SUV-esque MPV game, the local market for that type of vehicle has gotten tighter.

This, of course, is great for consumers who have more choices on hand. But yes, it can also be said that the MPV market has gotten saturated.

To claim a better position in the market, many car companies have introduced more aggressive versions of their MPVs, just like the XL7.

Now, we’ve already compared the XL7 with the likes of the Mitsubishi Xpander Cross, the Honda BR-V, and even the Suzuki Ertiga, the model it’s based on. This time, we’ll be pitching the XL7 against one of the most popular models in its category: the Toyota Rush. 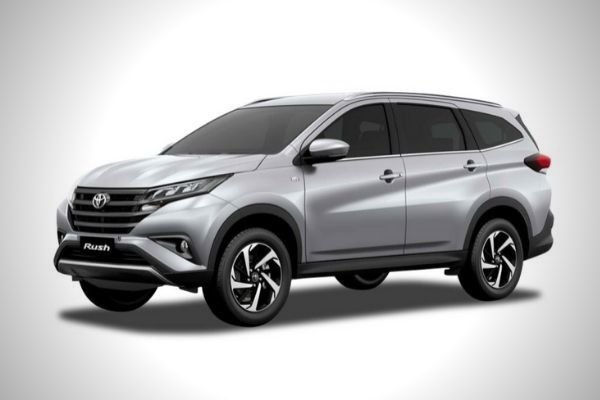 The Rush looks like a smaller version of the Fortuner doesn't it?

The Toyota Rush also has more in the way of ground clearance at 220mm. The XL7 has 40mm less at 180mm. This means that the Rush might be better at taking on-road obstacles like potholes as well as rough, uneven roads. The XL7 is a beefier looking Ertiga with more ground clearance

In terms of styling, the Toyota Rush is quite a departure from the Avanza that it’s based on to the point that they’re marketing it as a separate model.

Regardless, the Rush is a very attractive looking vehicle with a lot of SUV styling cues. If we have to summarize its looks, then it's practically a “mini Fortuner.” Even from the rear, we can see that the XL7 is a well proportioned and handsome MPV

For the XL7, it largely shares the same roofline and general shape than the Ertiga. It does have some differences like its more aggressive fender flares, the blacked-out grille, and the faux skid plates for the front and rear. Check out the macho, angular rear of the Toyota Rush

>>> Related: Which Toyota Rush should you buy? [Philkotse Buyers' Guide]

Inside, both the top of the line Toyota Rush and the Suzuki XL7 have the space to seat seven people. Both of these vehicles also have automatic front A/Cs and rear A/C vents, split type seats, multi-information LCD gauge clusters, and a push-to-start button.

Both of these models also have a good number of cup holders and cubby holes distributed within their interiors. The touchscreen aboard the 2020 Suzuki XL7, however, is much larger at 10 inches and it’s capable of Bluetooth. The seven inch unit on the Toyota Rush does have Weblink for iOS/Android on top of its Bluetooth connectivity.

One large caveat for the Toyota Rush though is that only the top of the line Rush 1.5 G can fit in seven. Other variants are only five seaters.

When it comes to engines, both the Rush and the XL7 have 1.5 liter, inline-4 gasoline engines.

The one aboard the Suzuki-made MPV is the K15B, which makes 103 horsepower and 138 Nm of torque coupled with a 4-speed automatic.

Toyota Rush 2020, on the other hand, comes standard with the 2NR-VE, which makes 102 horsepower and 134 Nm of torque, also paired with a 4-speed automatic. Both engines even reach maximum horsepower output around the same 6,000 RPM range. The torque for the Rush comes a bit earlier at 4,200 rpm, while the XL7’s at 4,400 rpm, which isn’t that much of a difference.

The key difference between these two is that while the XL7 is front-wheel drive, the Toyota Rush is rear-wheel drive. Does this provide the Toyota MPV with better handling characteristics? Maybe.

Other similar mechanical parts between the two are their front disc and rear drum brakes, rack and pinion steering, and their 45-liter fuel tanks.

When it comes to safety equipment, the Rush obviously has the XL7 beat. This is because the Toyota comes with dual front, front side, and curtain airbags, whereas the XL7 only has dual front airbags. The Rush even has traction control and hill start assist, two features that the XL7 doesn’t come with.

Both models do come with anti-lock braking with electronic brake distribution, rear parking sensors, and an emergency stop signal.

What the XL7 has that the Rush doesn’t are stability control and hill hold control.

The Suzuki XL7 is great. There’s no doubt about that. The Toyota Rush, however, not only has more variants but the top of the line Rush 1.5 G is also better equipped in terms of safety.

Added to that is the fact that the Rush is a rear-wheel-drive vehicle, which depending on the buyer, might be more fun to drive. There’s even a five-speed manual variant of the Rush, so there’s that. 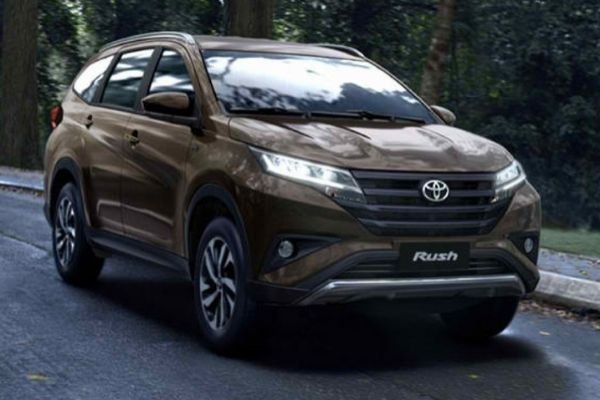 Note, however, that the Suzuki Ertiga, the model that the XL7 was based on, already has a rock-solid reputation both in India and here in the Philippines. It’s reliable, it’s cheaper than the Rush, and the third row seating is much roomier.

So, which do you think is the better MPV? For more comparison articles like this, keep reading here on Philkotse.com. 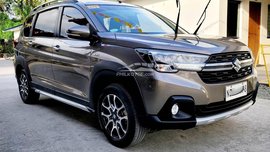 HOT! 2022 Suzuki XL7 GLX AT for sale in good condition