Another veteran versus rookie comparison but this time, it’s Honda versus Suzuki. Which one is the better 7-seater?

Introduced back in December 2016, the Honda BR-V is arguably the model that started the macho, seven-seater crossover trend here in the Philippines. Two years later, in 2018 it was then followed by the Toyota Rush.

For two years, those two were dominant in the macho, SUV-esque, 7-seater market here in the Philippines.

This year, however, the 2020 Suzuki XL7 enters the game, which we know has a tougher looking exterior design than the Ertiga, as well as the ability to seat seven people. So, does the all-new Suzuki XL7 have what it takes to challenge the O.G. Honda BR-V? Let's get it on

Both vehicles virtually have the same minimum ground clearance with the XL7 at 200mm, while the BR-V at 201mm. The XL7 is also larger than its sleeker Ertiga brother

When it comes to looks, the BR-V very much looks like an SUV. Its proportions mimic that of an SUV and its overall design is quite the departure from the Honda Mobilio which it shares its platform with.

On the other hand, the Suzuki XL7 generally bears the same roofline with the Suzuki Ertiga MPV. Sure, there are different style elements in the form of body cladding, a more aggressive front fascia, and a higher ride height, but apart from those, the XL7’s silhouette remains largely the same. 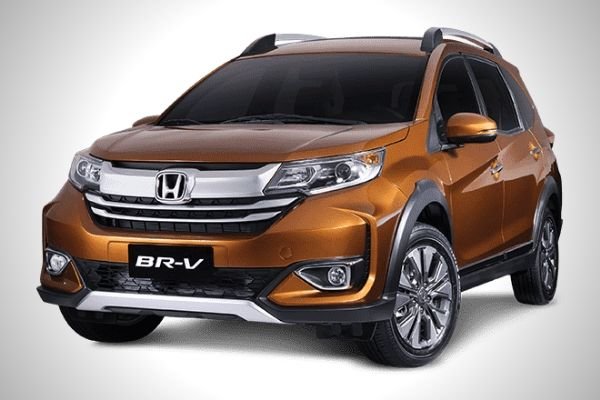 The BR-V pulls off the SUV look quite well

As tougher looking SUV-esque 7-seater models, however, the XL7 is just as competent as the BR-V. As we’ve said they share about the same amount of ground clearance, faux skid plates, and they both have functional roof rails.

Inside, both the XL7 and the BR-V can comfortably fit in seven people. Also, both the BR-V and XL7’s second-row seats can be slid forward or backward and that offers added versatility with regards to legroom.

Both the BR-V and XL7’s seats can be configured in many ways. For the former, it has a default cargo capacity of 223 Liters which can be maximized to 521 Liters with the third row folded down but it doesn’t fold down that much.

The XL7, on the other hand, has a smaller default cargo space of 153 liters although it has a larger 550 Liters with the third-row seats folded down. Which do you think is better arranged, the front cabin of the BR-V... Note however that the XL7’s touchscreen is a larger 10-inch unit, while the BR-V’s is a smaller 7-inch unit. And lastly, the XL7 has more audio speakers, with two more in the form of tweeters.

For the seats themselves, the BR-V’s leather-clad set with red stitching is definitely more premium-looking than the XL7’s – though the latter also has some leather pieces. There's leather inside the XL7 too but's it features a muted, earthy color

Both vehicles are front-wheel-drive but the BR-V has a continuously variable transmission, while the XL7 is equipped with Suzuki’s tried and true four-speed automatic transmission.

Both models are also equipped with the same suspension types, a MacPherson strut type for the front and a torsion beam type for the rear.

The XL7 and the BR-V both have the same amount of safety equipment. Both come with dual front airbags, stability control, anti-lock braking with EBD, keyless entry with push to start system, ISOFIX, and a reverse camera.

There are some differences though, like the BR-V’s lack of reversing sensors, a hill start assist in comparison to the XL7’s hill hold assist, and the presence of the speed sensing door locks.

Quite frankly, the XL7 vs BR-V comparison doesn’t show clearly which the better vehicle is in terms of specs. But when it comes to the price, well, that’s another story altogether. 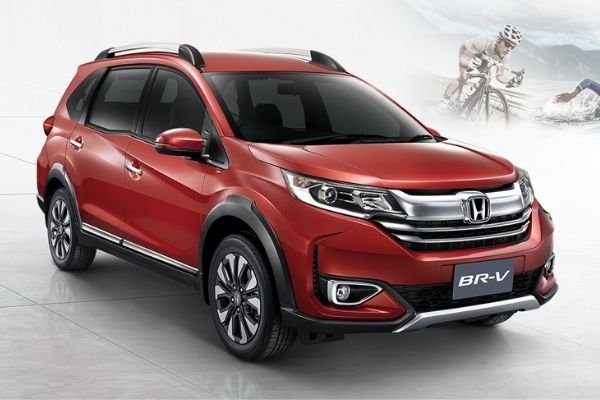 Do you prefer the Honda BR-V despite the more expensive price?

So when it boils down to it, the 2020 Suzuki XL7 obviously provides more bang for your buck. Do note though that the BR-V does have a solid reputation already, and you know Honda fans, they’re also fiercely loyal to their brand, value for money be damned.

In short, it either boils down to the question of saving more money or brand loyalty. But remember that Suzuki has its own following here in the Philippines, too, and a sizable one at that. As such, the XL7 is without a doubt, a legitimate threat to the Honda BR-V, as well as the Toyota Rush, and the Mitsubishi Xpander Cross. Or would you rather the slightly more affordable, but still competent Suzuki XL7?

For more comparison articles like this one, keep reading here on Philkotse.com.