Two of the most popular subcompact sedans matched up.

Despite the popularity of crossovers and larger seven-seater MPVs and SUVs in the Philippine market, the sedan segment has held on quite strong.

Just outside our local roads, there’s still an abundance of Mitsubishi Mirage G4s and Toyota Vios units roaming around at any given point, and at most locations in the country.

Both subcompact sedans even received updates in 2021 and 2020 respectively. For Mitsubishi Philippines, it has already brought in the facelifted Mirage G4 back in November 2021 for the model year 2022. The Toyota Vios in turn received a facelift in 2020, and has remained to be Toyota’s best-selling model for 2021.

So, which of these two models are better in terms of specs? To find out, let’s compare the Mitsubishi Mirage G4 GLS 1.2 CVT against the Toyota Vios E 1.3 CVT. We chose these two to compare as they are priced closely together at the Php 900,000 mark. Let's find out which subcompact sedan is better on paper Based on the numbers, the Vios E is both longer and wider than the Mirage, but the Mitsubishi model is taller. The smaller Mirage G4 also has more ground clearance, and is significantly lighter than the Toyota. Both cars then have identical wheelbase lengths. For exterior equipment, both the Mirage G4 GLS and the Vios E come standard with halogen headlamps, halogen taillights, and front fog lamps. Both cars are also provided with a 15-inch alloy wheel set.

Inside, both sedans can fit up to five occupants, with room to spare in their trunks for cargo. The Mirage G4, though, has a larger trunk capacity of 450 liters, whereas the Vios has 326 liters of space. Inside the Mirage G4 GLS

For the driver, both models provide a tilt-adjustable steering column, an analog gauge cluster, and a digital trip computer. The Mirage G4 GLS does have a push-to-start button, whereas the Vios E comes with a more traditional turnkey ignition system. To keep its occupants comfortable, the Mirage G4 GLS and the Vios E have fabric seats, and a height-adjustable driver’s seat. The seats of the Mirage mode however, are clad in leather. In turn, the Vios E gets fabric-covered seats. Under the hood of the Mirage G4 GLS is a 1.2-liter inline-3 gasoline engine, which is capable of making up to 76 horsepower and 100 Nm of torque. The Vios E in turn, uses a 1.3-liter inline-4 gasoline four-banger that can produce up to 98 horsepower and 123 Nm of torque.

Both then use a MacPherson strut front suspension and a torsion beam rear suspension. For braking, both the Mirage G4 GLS and the Vios E come with ventilated front discs and a rear drum brake. Both cars are front-wheel-drive models, and both use a continuously variable transmission (CVT). The Vios E does have a gear-lever manual mode, while the Mirage G4 GLS lacks a manual mode entirely.

For safety, both cars are provided with anti-lock braking with electronic brake force distribution, and ISOFIX child seat tethers.

The Vios E adds on to those with stability control, traction control, and hill-start assist. The Toyota model also has a security alarm, which is absent on the Mitsubishi model.

Furthermore, the Vios E comes with seven airbags, while the Mirage G4 GLS only has four airbags.

To conclude, the Toyota Vios E provides more in the way of power, and more in the way of safety equipment. Comparatively, the Mirage G4 GLS is more than a match against the Toyota model when it comes to providing cargo space. We can also assume that it is more fuel efficient due to its lighter curb weight and smaller engine. Do you prefer how the rear of the Mirage G4 look?

Do note though that both have already established themselves as market leaders in the local setting, and both have a reputation for reliability. As such, both can do well in fitting in as your next family chariot, or as a personal daily driver. 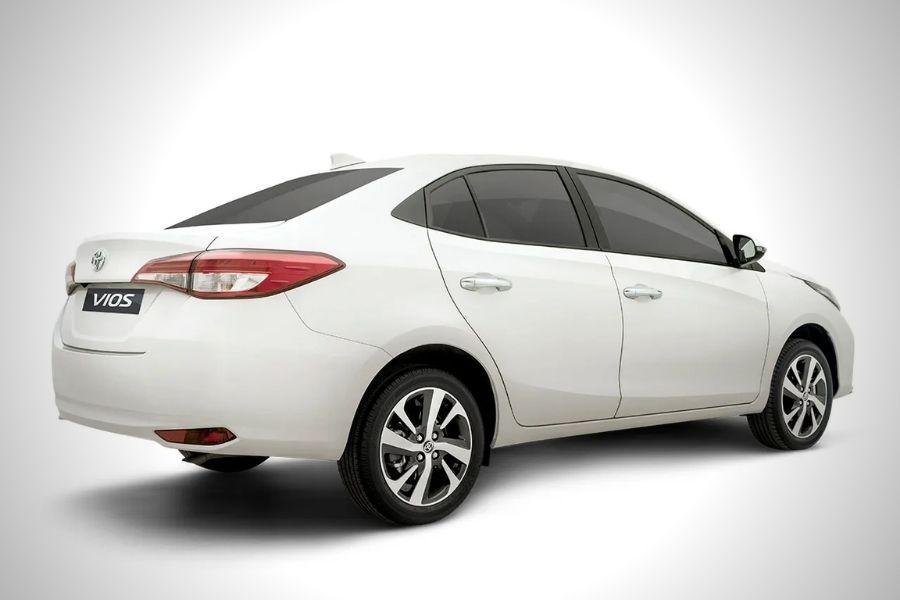 Or do you think the Vios E's rear end look better? 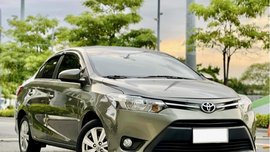 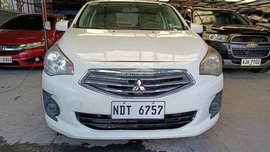